Street Boss Filly All the Way in Seeking the Ante 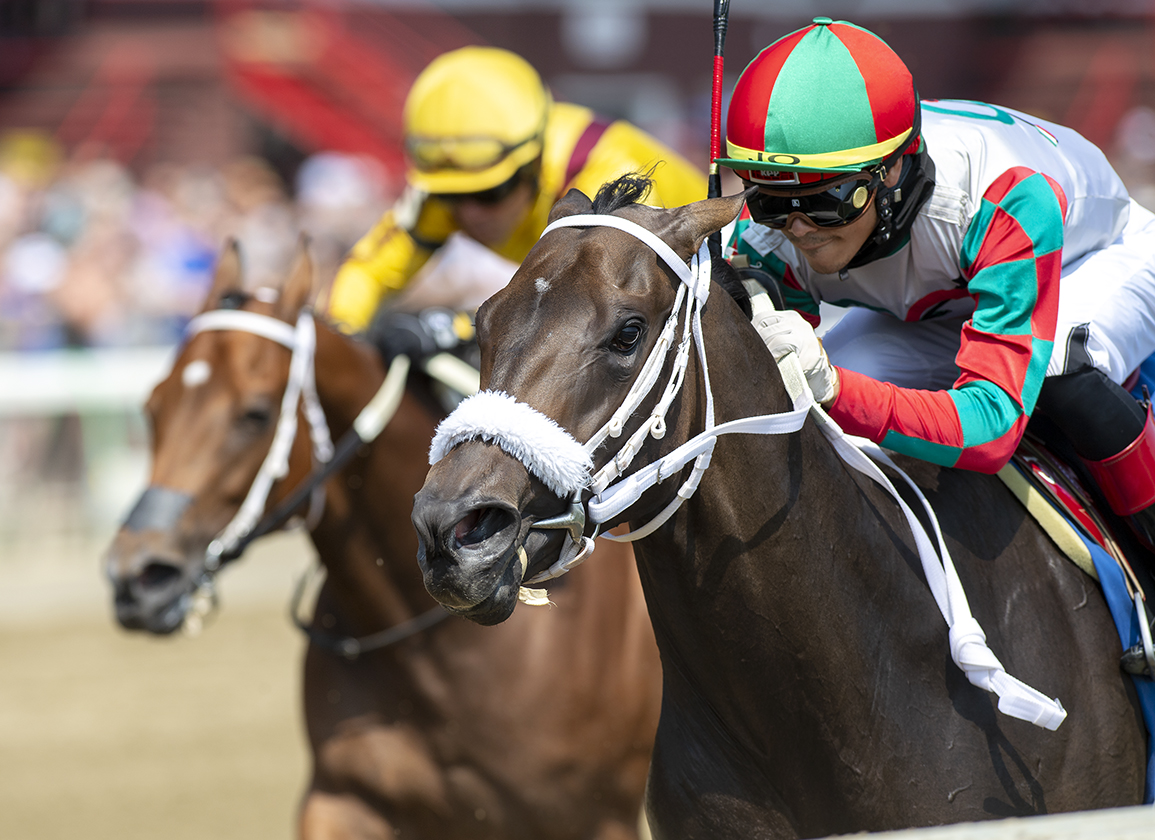 With the connections of would-be favorite Miss Alacrity (Munnings) electing to keep their charge in Kentucky, speedster November Rein proved best of the rest at odds-on to kick off the New York-bred stakes action Friday. Beaten a neck when second on debut downstate June 18, the dark bay broke through emphatically by 5 1/2 lengths going a furlong shorter here July 16.

Falling forward at the start, November Rein was pursued by pricey FTFMAR buy Velvet Sister through splits of :22.47 and :45.98 and turned for home glued to the rail as her main rival bore out. November Rein displayed some immaturity of her own when she swapped off her correct lead nearing the sixteenth pole, and it briefly looked like Velvet Sister might cut it close, but the leader kept finding to get the job done. There was a

“She is a unique individual,” said trainer Kelly Breen. “She is very temperamental. Her groom, my assistant, the exercise riders and [jockey] Jose [Ortiz] have formed a perfect bond with her. She is very quirky. To get her here, and to win a stakes race with her, plus her being a homebred for Ron Lombardi, is amazing. It takes a village to get her to the winner's circle. With this one, it's more than usual. I didn't train the mother [Ju Ju Eyeballs], but she was extremely fast. For a breeder, you're always wishing that something's going to come out good. Right now, we have something that's pretty good. She's special.”

Lombardi, whose Breen-trained Firenze Fire (Poseidon's Warrior) will contest Saturday's GI Forego S., said: “She's an amazing filly. She's strong and she proved it again today. I am so proud of her. I expected her to do well, but how she ran today was just tremendous. To win twice at Saratoga, and to do it with one horse, is something that doesn't happen often. She's something special. We'll see where we go on from here.”

The winner's dam was claimed for $15,000 by Mr Amore Stable and Jason Servis and would go on to take stakes on both dirt and turf in New Jersey. Ju Ju Eyeballs has a yearling filly by Union Rags and a foal colt by Laoban and was bred back to Union Jackson for 2022.