Stonestreet to Sponsor Giving Challenge in Honor of Rachel Alexandra 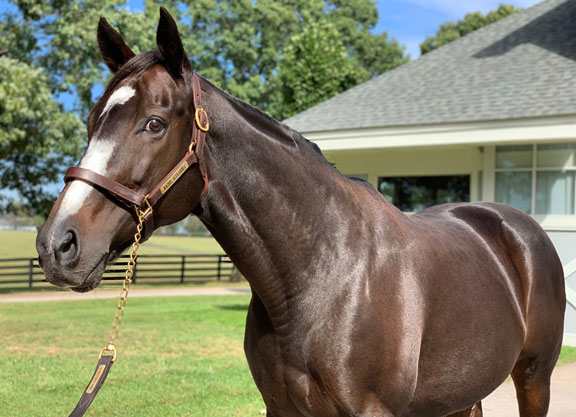 Stonestreet Farms will be sponsoring the Stonestreet Giving Challenge to celebrate the 10-year anniversary of Rachel Alexandra’s 3-year-old campaign, during which she went undefeated in eight starts and earned Eclipse Awards for Three-Year-Old Filly and Horse of the Year. Stonestreet is kicking off the challenge with a lead gift of $25,000 to Grayson-Jockey Club Research Foundation in Rachel Alexandra’s name.

The farm will also host a Haskell celebration July 20, at which attendees can watch the Haskell Invitational with Rachel Alexandra at Stonestreet Farm in Lexington, Ky., while enjoying Jackson Family Wines, appetizers, and plated desserts from Ouita Michel’s culinary team at Holly Hill Events. Tickets are available here for $100 each, and the event will be limited to 50 attendees.

“Like Stonestreet’s all-encompassing commitment to the Thoroughbred industry, Grayson is dedicated to supporting the health of all horses, and we are happy to support the foundation’s work through this challenge while also celebrating the career of our champion Rachel Alexandra,” said Barbara Banke, owner of Stonestreet Farms.

“Stonestreet’s generosity will enable Grayson to continue to fund meaningful research to help all horses, and we appreciate their sponsorship of the Stonestreet Giving Challenge as well as their hosting a Haskell celebration with Rachel Alexandra that will benefit the foundation,” said Dell Hancock, chairman of Grayson-Jockey Club Research Foundation.