Staton Flurry on a Historic Ride With the Team 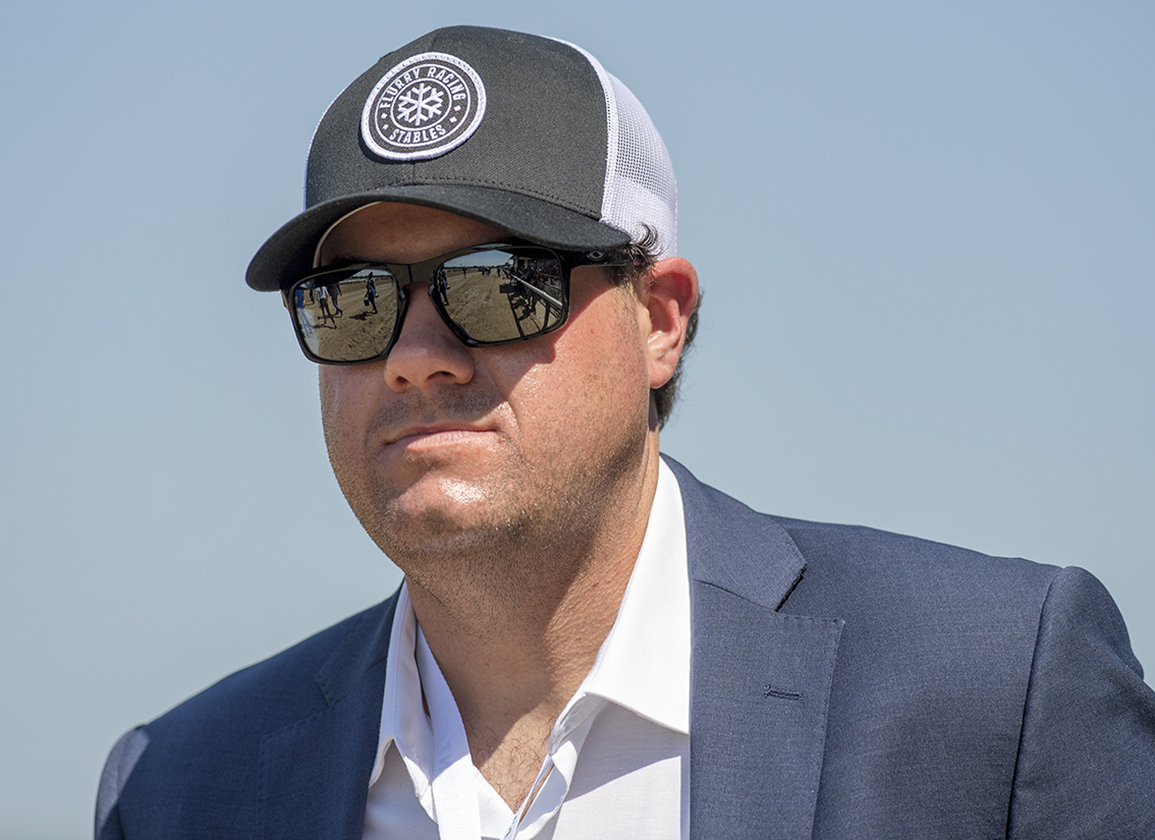 Four years ago–almost to the day–when Arkansas native Staton Flurry sat down for a tête-à-tête with the TDN, his trainer Brad Cox took the opportunity to indulge in a little divination.

“He's out for good horses and wants to win stake races,” said Cox at the time, before pointing to their as yet unfinished greatest hits tour with multiple graded-stakes winner, Mr. Misunderstood (Archarcharch). “What this horse has done for him, those are the kinds of horses that he's looking for.”

Turns out, Cox reads the tea leaves as well as he does the condition book.

“Mr. Misunderstood took us on just such a fun ride, getting me my first graded-stakes win to becoming tied for the all-time winning-most stakes winner at Churchill Downs,” said Flurry.

And from Mr. Misunderstood's near million-dollar piggy bank, “that allowed us to go after Shedaresthedevil (Daredevil),” Flurry added, of the three-time Grade I-winning doyen of the distaff division. This includes a win in the 2020 GI Kentucky Oaks in record fashion.

If you read a touch of disbelief to Flurry's remarks, that's understandable given he had accompanied Shedaresthedevil–owned for the bulk of her career in a partnership between Flurry Racing, Qatar Racing and Big Aut Farms–to the recent Fasig-Tipton November sale with expectations of a fond adieu.

“If she hadn't met the reserve, I think there's no doubt we would have kept the same partnership together, kept on running,” he said. “But we had every intention of selling her.”

But not 10 or 15 minutes before Shedaresthedevil went through the ring, Flurry and the Qatar Racing contingent were presented with a proposition from Mandy Pope of Whisper Hill Farm.

“If you all want to stay in, Mandy would love you all to stay in for a piece,” said Flurry, recounting a deal engineered by agent Alex Solis.

“I said I'd sure love to,” said Flurry. The hammer dropped at the $5-million mark for Shedaresthedevil's new team of owners. “It just worked out perfect.”

Currently sunning like a citrus fruit at Pope's Floridian farm, Shedaresthedevil will likely return to training with Cox at Fair Grounds come the turn of the year, before launching her 5-year-old career at Oaklawn Park, said Flurry.

Her two main targets, he said, bifurcate 2022: The GI Apple Blossom S. at Oaklawn Apr. 23, and the Breeders' Cup, held next year at Keeneland Nov. 4 and 5. A return to the latter event would carry with it the promise of reparations.

“You have to throw out the Breeders' Cup race,” Flurry said, of Shedaresthedevil's performance in this year's GI Breeders' Cup Distaff, when she participated in a frothy war up front, only to pay the price when the legionnaires charged from the back.

“The pace early on was just suicidal. We went in with a game plan–Flo [Geroux] stuck with that game plan. I don't think anybody realized the pace was going to be that hot,” he said, adding however that “we out-finished everybody in that early opening pack.”

A self-described “Hot Springs guy,” Flurry's racing and professional life, designs and aspirations, are as rooted in Oaklawn as the hickory of Hot Springs National Park.

He's the key player in Flurry Parking, which owns several parking lots around the racetrack, and manages the family's rental properties in the area–some soon occupied by racing's Arkansas-bound winter diaspora.

“They're coming in this morning,” said Flurry, about Brad Cox's assistant and some of their grooms, when he picked up the phone to the TDN a tad out of breath. “We were hurrying to get stuff loaded and ready for them.”

Since claiming his first horse in 2012, Flurry makes sure to ready the ranks in preparation for the annual Oaklawn winter meet, scheduled to start this year on Dec. 3. He dreams of a Derby–one minus the Twin Spires. “My ultimate goal is to win the [GI] Arkansas Derby–more than any other race.”

And he hopes one day that Mike Smith will carry his colors to victory there–a nod to the hotly anticipated head-to-head between Zenyatta and Rachel Alexandra in the 2010 Apple Blossom, a match-up eventually scrapped, to much chagrin.

“Always loved watching Zenyatta,” said Flurry. “She's probably my favorite horse of all time that I haven't owned. Just watching Mike Smith ride such epic races here at Oaklawn, I'd love to win one with him. He's such a great guy–Hall of Famer. It's just another weird goal of mine.”

But as steeped as Flurry is in all things Oaklawn, he could soon take on international horizons, thanks to a busy year at the yearling sales.

At Keeneland September, he signed the ticket on three colts (by Liam's Map, Speightstown and Connect), for a combined $550,000, in partnership with Titletown Racing's Paul Farr.

At the Fasig-Tipton July sale, he went to $175,000 for a Midshipman filly. In an inaugural transatlantic raid, Flurry went to €170,000 for an Invincible Spirit (Ire) filly at Goff's Orby Sale. This could set the stage for another such voyage across the wide blue beyond.

“Goffs came to us, said, 'we're having this sale, would love to have you all come over,'” said Flurry. And so, with funds left over from the September sale, he chewed the fat with his bloodstock adviser, Clay Scherer.

“I'd love to go over there,” Flurry added. “You see all the success Brad [Cox] has had with turf horses, sooner or later he'll get some starters over there, and hopefully we're one of them.”

If augurs can be found from one of Ascot's anointed sons, then it bears pointing out that Wesley Ward trains a full brother to Flurry's Invincible Spirit yearling filly–the 2-year-old Napa Spirit, who broke his maiden at Keeneland in April before being shipped to Europe.

“The Midshipman filly we bought, she looks like she's going to be fast early, too,” said Flurry. “We'll see how everything falls.”

At age 31 and with nearly a decade of practical hands-on ownership experience under the belt, Flurry brings to the sport the clear-eyed perspective of someone looking at his role as it connects to a broader ecosystem–one being shaped by swiftly evolving mores.

Flurry sits on the Arkansas Horsemen's Benevolent and Protective Association's board of directors.

“We've got a good re-homing program we've started this last year here. We're always trying to improve but it's been pretty fulfilling so far,” he said.

“Obviously I'm still active in the claiming races, but anything that doesn't get claimed and needs to be retired, we try to find a good second home for them,” Flurry added, pointing to Mr. Misunderstood's new career in dressage. “As much as he treated myself and Brad well, to see him enjoy his second career and have a good life after racing, it's so fulfilling.”

A fraction of the whole indeed.

Besides the young stock coming through, Flurry has around 13 horses in training–five with Cox, five with Karl Broberg and three with Ron Faucheux. Grand heights then forged from a streamlined operation.

Or as Flurry succinctly puts it, “It's a testament to the team I've built around me.”