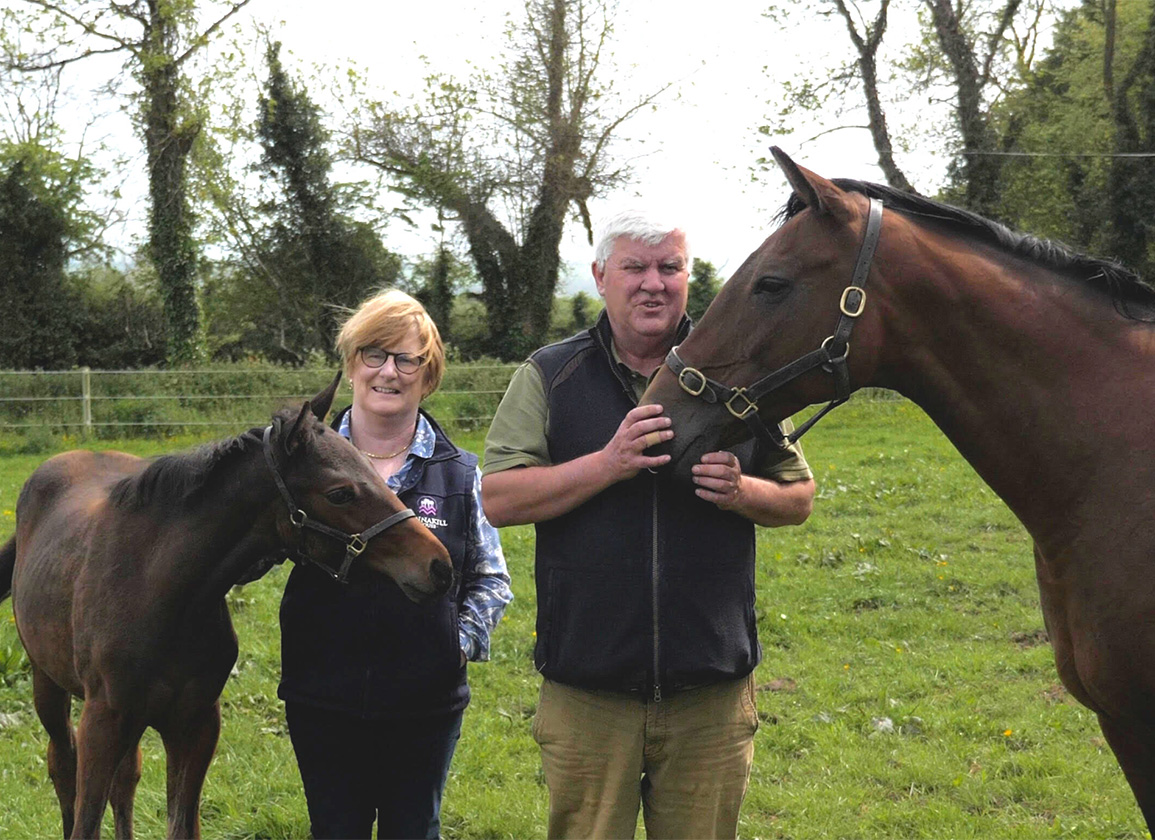 Bred by Dermot Cantillon and Meta Osborne of Tinnakill House, the 10-year-old daughter of noted broodmare sire Quiet American has already hit the jackpot with two of her first three foals. State Of Rest is a rare top-level winner in three different countries, having won the Belmont Derby in America and Australia's Cox Plate last season before adding the Prix Ganay to his tally on his most recent outing in France. On Sunday he takes aim at the Tattersalls Gold Cup at the Curragh, and it has already been announced that the 4-year-old will shuttle between Ireland's Rathbarry Stud and Newgate Farm in Australia upon his eventual retirement to stud.

Juddmonte's latest recruit REPOSE, the very exciting dam of STATE OF REST and TRANQUIL LADY – our thanks to Dermot Cantillon, Meta Osborne, and the @TinnakillHouse team. She arrives in foal to FRANKEL. pic.twitter.com/FBGvBl2Xn4

A statement released by Cantillon and Osborne on Thursday read, “We are delighted to announce that Juddmonte have purchased Repose, the dam of Tinnakill-bred multiple Group 1 winner State of Rest and Oaks contender Tranquil Lady.

“Repose, a Tinnakill homebred, has given great joy to our family and her success is a testament to the hard work of Ian Thompson and the whole team at Tinnakill.

“We are delighted to entrust Repose to our friends at Juddmonte where we have no doubt she will continue to flourish for years to come with access to the world's best stallions.

“What began as a retained homebred filly has turned into an amazing journey seeing her blossom into one of the world's most promising broodmares, nurtured throughout on our family farm in Laois. We have retained her Sea The Stars filly foal and we look forward to cheering her progeny for years to come.”

Cantillon and Osborne bought Repose's dam, the Gainsborough-bred Listed winner Monaassabaat (Zilzal), from Goffs in November 2007 for €42,000. The mare was 16 at the time and she went on to produce Listed Churchill S. winner Prince Alzain (Street Sense). The unraced Repose, who is currently in foal to Frankel (GB), is a grand-daughter of the multiple champion American filly It's In The Air (Mr Prospector), whose 16 wins included five at Grade 1 level.