State Of Rest Races On For Newgate Partners 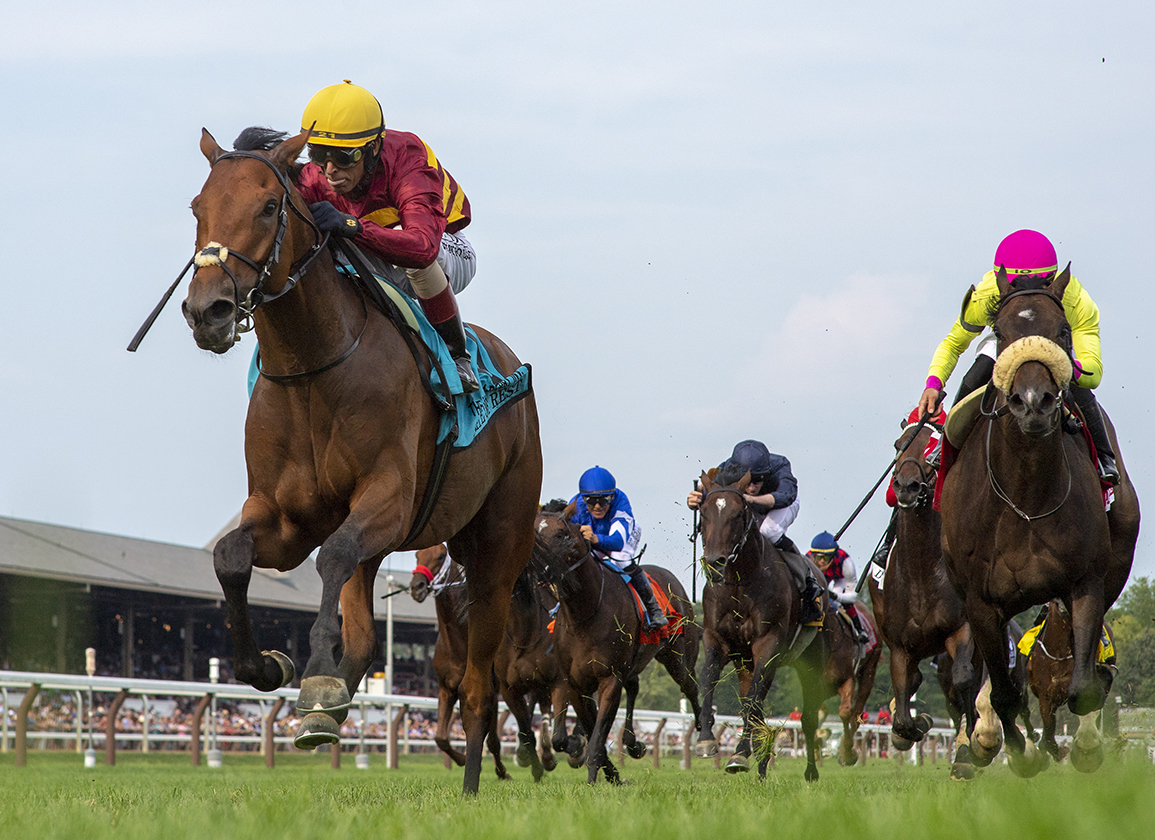 Trainer Joseph O'Brien, the denizen of picturesque Owning Hill in County Kilkenny, is still over a year away from his 30th birthday. During his six-plus years as a trainer, one could argue that great moments like the upset 2018 G1 Irish Derby win by Latrobe (Ire) (Camelot {GB}) or the 2020 G1 Melbourne Cup triumph by Twilight Payment (Ire) (Teofilo {Ire}) hold their very special places. However, the exploits of State Of Rest (Ire) (Starspangledbanner {Aus}) last season were unusually brilliant.

The now 4-year-old colt raced thrice last season after winning only his Fairyhouse debut from six 2-year old appearances. Last June, when sent off as the fourth choice in the betting, he picked up a third-place finish in a listed race at The Curragh.

During a media morning at his stable on Wednesday morning, O'Brien said, “State Of Rest is hopefully our flagship horse for the season. We're looking at starting him off in either the [G2] Mooresbridge S. at The Curragh or heading to Longchamp for the [G3] Prix Ganay. We'll see what the ground is like.”

He continued, “The [G1] Tattersalls Gold Cup back at the Curragh will probably be his first big target of the season.”

Campaigned throughout his career by Teme Valley Racing, he was purchased privately in the aftermath of his Cox Plate glory by New South Wales-based Newgate Stud and partners.

O'Brien reported, “He's going to run for the [new] State Of Rest Partnership this year which would mean that it's likely he'll end up in Australia again towards the end of the season, all going well.”

He added, “Anamoe won a Group 1 by 6 1/2 lengths lengths earlier this month. Hopefully, our horse is going to be competitive in those major 10-furlong races this year, having had two big wins last year. If he happens to win or be competitive in Group 1s early in the season, the pattern of his season almost makes its own way through the year. Maybe you wouldn't go to them all, but there are options at Sandown, Ascot and York. He also has American options.”

Outlining his plans for the colt, he said, “Buckaroo will more than likely run at the weekend in the [G3] Ballysax [S.] and we'll see where that takes us. He'll go down the Derby path and see. He's a huge horse and he beat [impressive winner of a Navan maiden race on Tuesday] Stone Age (Ire) (Galileo {Ire}) in a maiden at Galway last season.”

O'Brien, who recently celebrated victory at the Cheltenham Festival with Banbridge (Ire), started the Flat season well with victory for Perfect Thunder (Ire) (Night Of Thunder {Ire}) on the opening day of the Irish turf season at The Curragh, beating the regally-bred Toy (Ire) (Galileo {Ire}), trained by Aidan O'Brien.

Among the Classic prospects in the yard are a talented trio of fillies who are likely to be seen out this weekend: Agartha (Ire) (Caravaggio), a Group 2 winner last season at The Curragh for U.S.-based owner Scott Heider; Seisai (Ire)(Gleneagles {Ire}), an ultra-consistent Group 3-placed juvenile; and Pennine Hills (Ire) (Kodiac {GB}), a tough Group 3-placed sprinter at two.

Laying out options for them, he stated, “I could run three in the 1000 Guineas Trial at Leopardstown. Agartha won over the course and distance last year. We're probably looking more towards The Curragh than Newmarket for her. Seisai is a good solid filly who has some nice form in good races last season. Pennine Hills ran well over that course and distance when second in the Killavullan S. She's a solid, hardy filly who quickens and stays. I'm happy with all three.”

Also among the Carriganog Racing team for the season are capable older horses like the 6-year-old gelding San Andreas (Ire) (Dark Angel {Ire}), the Group 1-winning juvenile Thunder Moon (Ire) (Zoffany {Ire}), who will open his campaign in the G3 Gladness S. on Apr. 10, and Baron Samedi (GB) (Harbour Watch {Ire}), a Group/Grade 2-winning stayer at both Longchamp and Belmont Park.