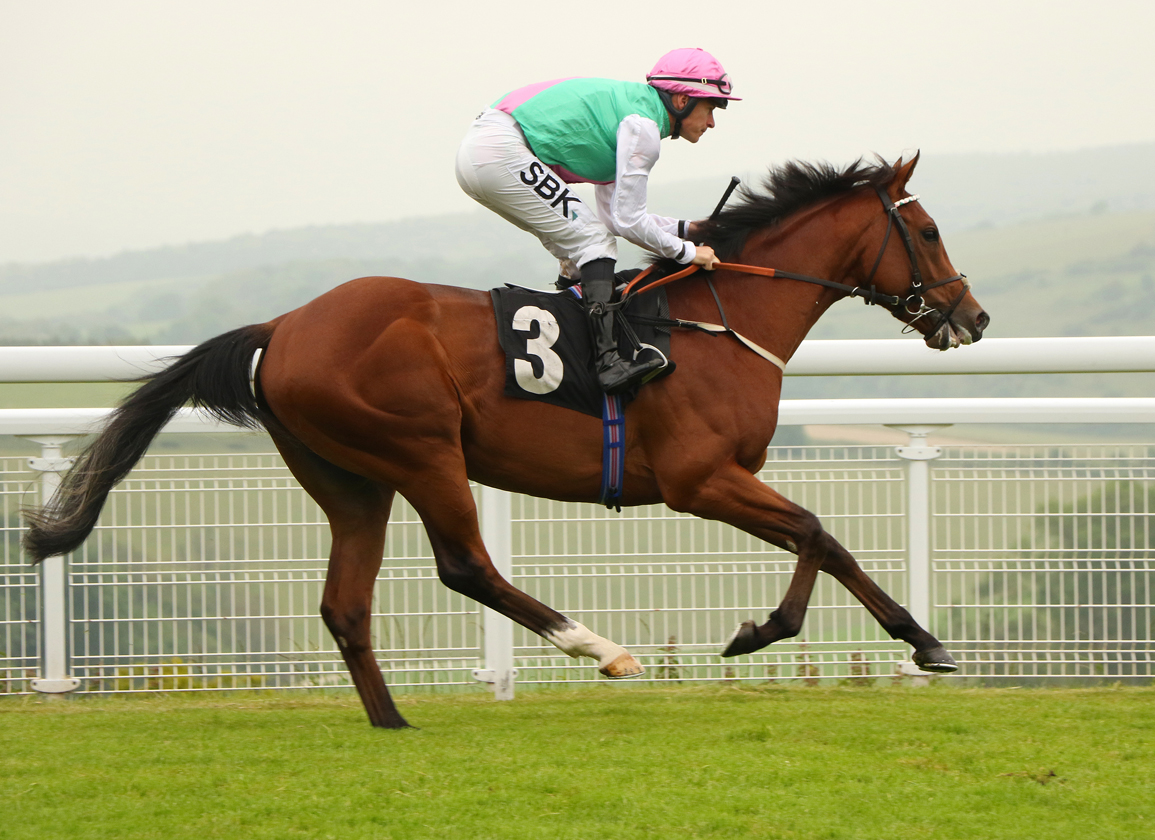 Juddmonte's Flag Flying (GB) (Starspangledbanner {Aus}–Gavota {GB}, by Bated Breath {GB}) oozed class in Sunday's British European Breeders Fund EBF Novice S. at Goodwood and earned TDN Rising Star status with an impressive debut display in the six-furlong heat. The 6-4 favourite was the slowest of five into stride and trailed all four rivals through the early stages. Making eyecatching headway into contention after halfway, he clicked through the gears to challenge Al Khazneh (Ire) (Exceed and Excel {Aus}) entering the final furlong and powered clear under mild coaxing in the closing stages to hit the line with a four-length advantage from that rival.