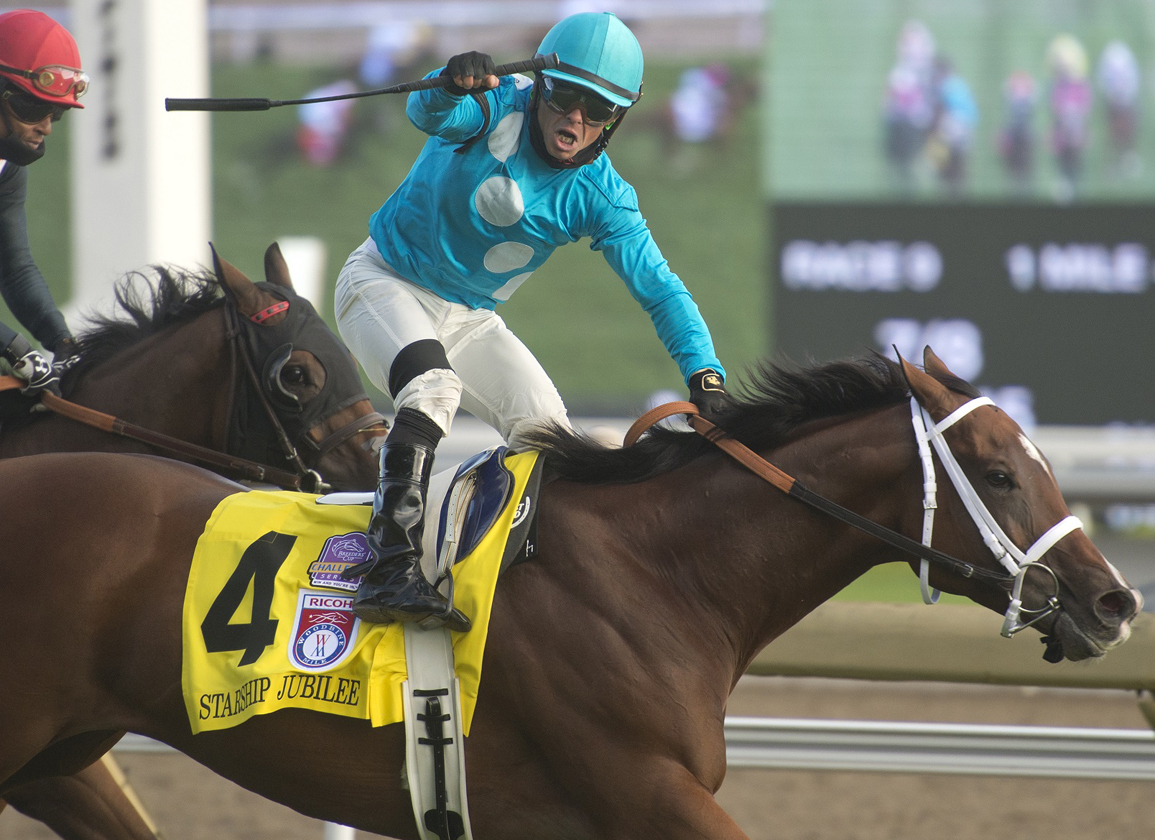 Owned by Adam Corndorf and Bonnie Baskin's Blue Heaven Farm and trained by Kevin Attard, Starship Jubilee won her first four starts as a 7-year-old, taking the GIII Suwannee River S., the GII Hillsborough S. and GII Ballston Spa S. at Saratoga before finishing fourth to champion Rushing Fall (More Than Ready) in the GI Diana S. The bay bounced back with a defeat of the boys in the GI Woodbine Mile, but stumbled at the start of the GI Breeders' Cup Filly & Mare Turf, unseating jockey Florent Geroux. The bay mare earned better than $921,000 in 2020 and her career earnings of $2,093,069 ranks as the sixth-most by a Florida-bred female and she is the 35th richest Florida-bred in history. Starship Jubilee's dam Perfectly Wild (Forest Wildcat) was named broodmare of the year.