Stars Out For Friday At Royal Ascot 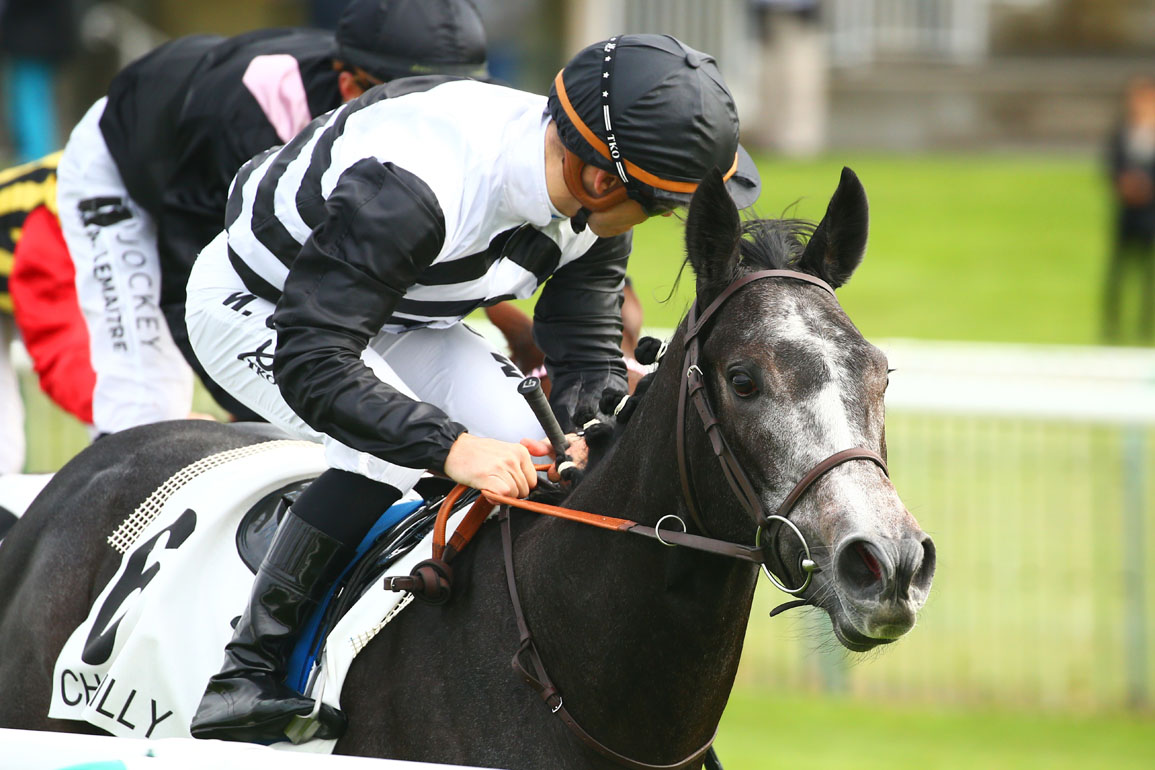 Mangoustine is one of two Classic winners signed on | Scoop Dyga

It has taken over a month longer than expected, but Cheveley Park Stud's Inspiral (GB) (Frankel {GB}) finally gets racing again on Friday as she bids to pick up the thread of her flawless 2-year-old campaign in Royal Ascot's G1 Coronation S. While her achievements in winning the G2 May Hill S. and G1 Fillies' Mile seemed laudable enough at the time, subsequent events have unfolded to display them in even better light particularly as they were garnered during her formative phase. As the Fillies' Mile and May Hill runner-up Prosperous Voyage (Ire) (Zoffany {Ire}) chased home the Fillies' Mile third and 'TDN Rising Star' Cachet (Ire) (Aclaim {Ire}) in the 1000 Guineas, the Gosdens' unbeaten filly was at Clarehaven waiting to fully bloom. Now that “Flaming June” is here with the weather to accompany it, she is here in glorious, vibrant colour with the world for now still at her feet.

It was once said by Jim Joel that the late Sir Henry Cecil was “a man with green fingers for horses”, and it is that gentle and nurturing approach that has been adopted by John Gosden as patience was called for throughout recent weeks. “Inspiral was very slow coming to hand this year–it can happen to some fillies hormonally in the Spring,” he told QIPCO British Champions Series. “She had a tough Spring. You don't want to be forcing them and she was like a little bud that stayed tight, but we are very hopeful we'll get her there in good order. We are beginning to see the filly of last year again, so hopefully she'll put in a big performance. It will be great to have her back and her form from last year has looked great this year.”

Highclere Thoroughbred's landmark Classic winner Cachet is undeniably at the forefront and the fact that she was just undone by Mangoustine (Fr) (Dark Angel {Ire}) in the G1 Poule d'Essai des Pouliches at ParisLongchamp a fortnight after her Newmarket exploits only serves to enhance her reputation. She did not go fast enough there and James Doyle will be keen to revive the aggressive tactics that worked so emphatically at her beloved Newmarket from his draw in nine. That should set up a tactically straightforward affair, with her old rival Prosperous Voyage also sure to go forward from stall 12 to ensure a hot pace. With Inspiral absent from the Guineas, Cachet has to prove that she owns the crown and it was not merely leased but trainer George Boughey the filly with the admirable work ethic to shine again. “I think her work has stepped forward again and she looks stronger,” he told QIPCO British Champions Series. “She was coming back at the end at Longchamp and I slightly blame myself. We were drawn wide and I didn't want to blow her in front, so told James to crawl round if he could and turn it into a sprint. I'm very confident she stays a mile well and so we'll possibly look to make plenty of use of her. The weather looks set fair for fast ground, which her best form is on.”

Under the Brit A-listers Inspiral and Cachet, there are key protagonists from France, Ireland and the States in what constitutes a fully stocked flowerbed for the mile championship for the 3-year-old fillies. Next to each other in seven and eight are the US duo Pizza Bianca (Fastnet Rock {Aus}) and Spendarella (Karakontie {Jpn}) and, with their contrasting racing styles, it will be fascinating to see where they are positioned by Jose Ortiz and William Buick respectively. Spenderella likes to force it, as she proved when winning the GII Appalachian S. at Keeneland Apr. 9, while Pizza Bianca uses her power late. Spenderella's trainer Graham Motion told QIPCO British Champions Series, “We feel she really belongs. I don't want to compare her with the other fillies I have brought, because they were really good fillies in their own right. She is obviously less-campaigned than they were and she hasn't run against the likes of these horses, but she really hasn't done anything wrong.” A fast pace will also set it up for 'TDN Rising Star' and G1 Cheveley Park S. winner Tenebrism (Caravaggio), the daughter of the 2011 Coronation heroine Immortal Verse (Ire) (Pivotal {GB}), who could prove that her eighth in the Guineas was all wrong.

Tenebrism would have been a major player in the G1 Commonwealth Cup, which looks a wide-open affair as it enters its eighth year. Now firmly fixed in the Royal Ascot schedule and the international racing calendar, the only question is “why did it take so long to be established?” Last year's G2 Norfolk S. winner Perfect Power (Ire) (Ardad {Ire}), who went on to capture the G1 Prix Morny and G1 Middle Park S., is back in his comfort zone after a valiant try at the 2000 Guineas and there are no weak spots where he is concerned over this stiff six. It is notable that in Newbury's seven-furlong G3 Greenham S. Apr. 16, he readily beat Lusail (Ire) (Mehmas {Ire}) who has since taken off and almost won Tuesday's G1 St James's Palace S. El Caballo (GB) (Havana Gold {Ire}) is a genuine contender, with his winning streak culminating in Haydock's G2 Sandy Lane S. May 21 where he had several of these behind. Shadwell's 'TDN Rising Star' Ehraz (GB) (Showcasing {GB}) gives the impression he is building towards something special, while Ger Lyons is hoping that his luckless streak with raiders here can come to an end via Juddmonte's talented G3 Round Tower S. winner Sacred Bridge (GB) (Bated Breath {GB}).

An Albany To Savour

Friday's card gets underway with a fascinating G3 Albany S., where a pair of 'TDN Rising Stars' in Godolphin's Mawj (Ire) (Exceed and Excel {Aus}) and Amo Racing's Queen Olly (Ire) (No Nay Never) take on Ballydoyle's May 15 G3 Coolmore Stud Irish EBF Fillies Sprint S. scorer Meditate (Ire) (No Nay Never). Mawj, a half-sister to Modern Games (Ire) (Dubawi {Ire}), was a scarcely-believable 4 3/4-length debut winner from a subsequent scorer at Newmarket May 14 given her pedigree and normal progress will make her hard to beat. Queen Olly also impressed at York May 12 and looks to give Amo Racing that first Royal Ascot winner. In the G2 King Edward VII S., Changingoftheguard (Ire) (Galileo {Ire}) represents the Derby form and he was an admirable fifth in Epsom's June 4 Blue Riband, especially as he probably raced too hard early and paid for it in the straight.