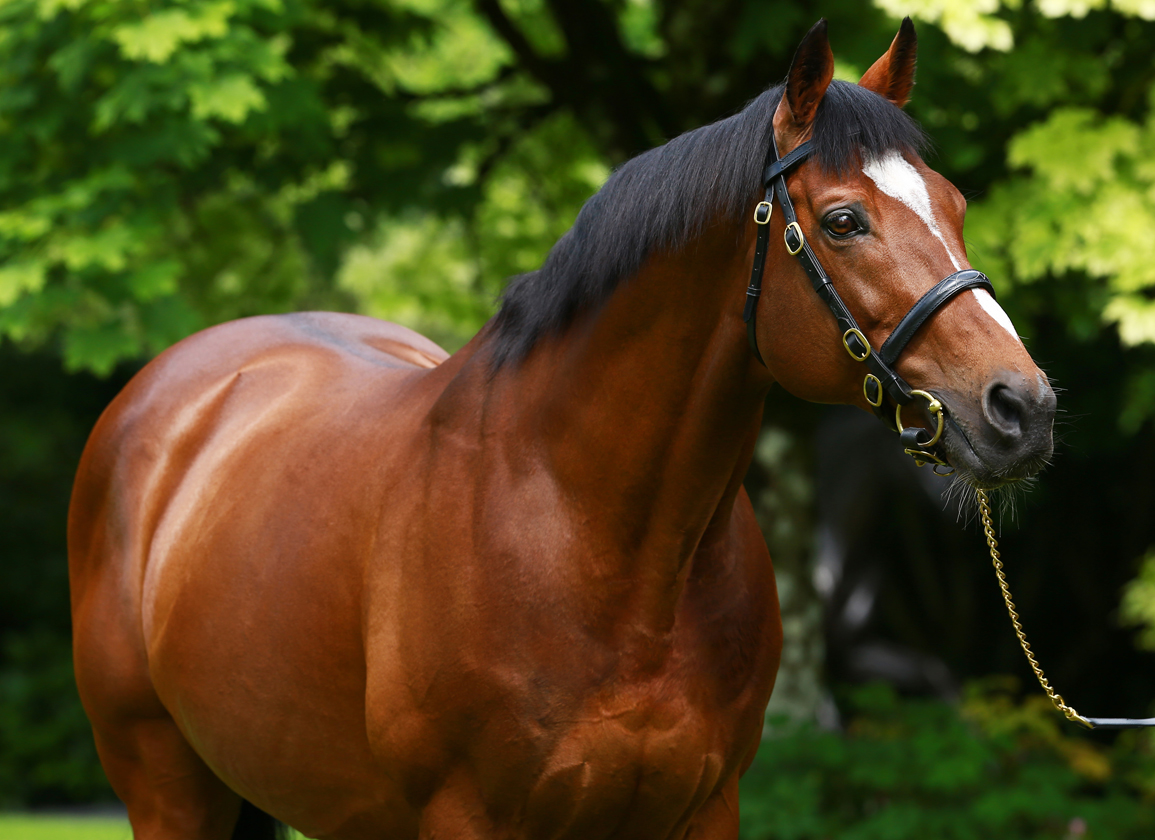 Two weeks removed from his death at age 23, Galileo (Ire)'s influence was keenly felt in Europe's feature races this weekend. At Ascot, Adayar (GB)-by Galileo's greatest son Frankel (GB)-became the first horse to do the Derby/King George double since Galileo himself accomplished the feat 20 years ago. On the same card, Godolphin's €260,000 Arqana Select purchase New Science (GB) (Lope De Vega {Ire}) stamped himself a 2-year-old to watch with victory in the Listed Pat Eddery S. He is out of a Galileo mare.

Up North at York, horses from the Galileo sireline took up four of the five spots in the starting gate for the card's featured G2 York S., and they filled the first four spots home, too, with Australia (GB)'s Bangkok (Ire) denying Frankel's Juan Elcano (GB) and Mohaafeth (Ire) in a tight finish and Galileo's Armory (Ire) further back in fourth.

With the yearling sales right around the corner, owners, too, will be eagerly anticipating the catalogue releases to see which progeny of Galileo might be on the market. First up is the Arqana August Yearling Sale, where there are four on Aug. 15 and 16, including Haras de Montaigu's half-sister to Derby winner Wings Of Eagles (Fr) (Pour Moi {Ire}).

Triple Group 1 winner Wild Illusion (GB) (Dubawi {Ire}) produced a Galileo filly this year as her first foal, and she was the lone mare for Godolphin in Galileo's penultimate book. Sheikh Mohammed sent two mares the year prior, and has six homebred 2-year-olds by Galileo.

Other black-type mares to produce their first foals, by Galileo, this year included Fleeting (Ire) (Zoffany {Ire}) and Signora Cabello (Ire), who both had fillies.

The steady march of summer into autumn means that we are likely to soon starting seeing what the latest crop of Galileo 2-year-olds has in store. Galileo has had eight starters from his current crop of juveniles with three placed including Minding (Ire) and Empress Josephine (Ire)'s full-sister Tuesday (Ire), who split Alpha Centauri (Ire) (Mastercraftsman {Ire})'s full-sister Discoveries (Ire) and last weekend's smart maiden winner Mise Le Meas (Ire) (New Bay {GB}) when second at The Curragh on June 25. Galileo's 2018 book of mares was, naturally, as star-studded as ever, and other siblings to Classic winners gearing up for their debuts include Toy (Ire), the eighth foal and eighth Galileo out of the remarkable producer You'resothrilling, and therefore a full-sister to Classic winners Gleneagles (Ire), Marvellous (Ire) and Joan Of Arc (Ire); Downing Street (Ire), a full-brother to last year's Derby winner Serpentine (Ire); Twinkle (Ire), a full-sister to the prior year's Derby winner Anthony Van Dyck (Ire); One Way (Ire), a full-sister to Classic winner and Group 1 producer Misty For Me (Ire) and G1 Prix Marcel Boussac scorer Ballydoyle (Ire); and Gulliver's Travels (Ire), a half-brother to G1 Irish Oaks winner Chicquita (Ire) (Montjeu {Ire}) and exciting 3-year-old filly Philomene (Ire) (Dubawi {Ire}) and full-brother to Group 1 winner Magic Wand (Ire) who cost Coolmore €2-million at Arqana last summer.

While the loss of Galileo will be heavily felt for years to come, so too will his enduring legacy, not least through his final four crops.