Starman Out Of Champions Sprint; Retires To Tally-Ho Stud 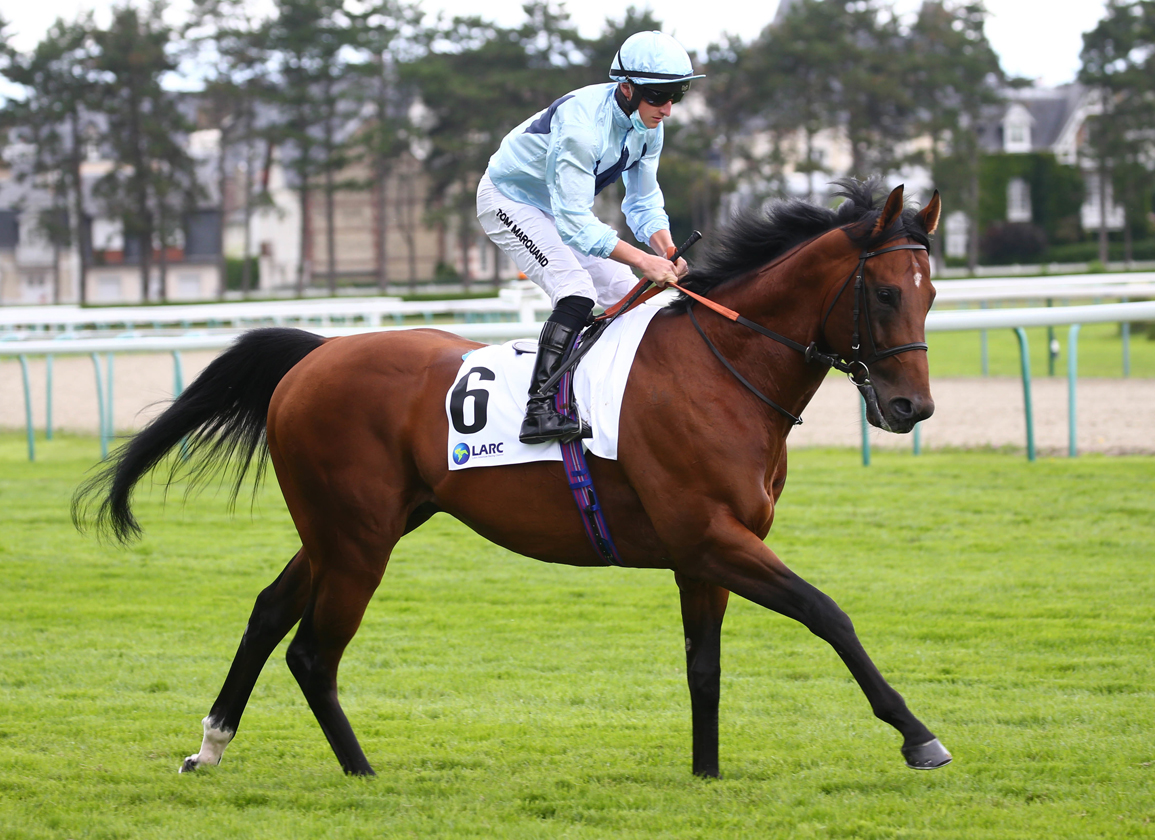 Starman will stand In Ireland at Tally-Ho Stud | Scoop Dyga

Starman (GB) (Dutch Art {GB}–Northern Star {Ire}, by Montjeu {Ire}), who was favourite for Saturday's G1 QIPCO British Champions Sprint S., has been retired from racing after suffering a minor injury. He will stand next season at Tally-Ho Stud in Ireland.

“It's a huge shame as we were really looking forward to Saturday and confirming him to be the champion that he is,” said Starman's trainer Ed Walker. “I've always thought he was the best around and he's certainly the best I've ever trained.”

Bred and raced by David Ward, the 4-year-old has enjoyed a successful season, with his standout victory coming in the G1 Darley July Cup. He also won the G2 Clipper Logistics Duke of York S. on his seasonal debut and has been placed in both the G1 Prix Maurice de Gheest and G1 Betfair Sprint Cup. That last run at Haydock saw him beaten just a short-head when second to Emaraaty Ana (GB).

Currently rated the top sprinter in Europe, Starman is a son of the late Montjeu (Ire) mare Northern Star (Ire), a winner over 10 furlongs in Ward's colours and the dam of two multiple winners from only three foals. He won his first three starts as a 3-year-old, including the Listed Garrowby S., and retires with earnings of £476,380 from his five wins and two places from eight starts.

Paying tribute to his Group 1 winner, breeder David Ward said, “I knew this day was coming for him to retire, which would have always been difficult, but we were looking forward to Saturday and the weather has come good for him. He worked the best he's ever worked in midweek but it's just one of those things.

“We sent him for a MRI scan for slight lameness in his fetlock and he's going to be fine. He just needs three or four weeks of walking rather than galloping just to give it a chance to heal but time is going to overtake us. We thought about going to The Everest or to Hong Kong but with Covid, and not being allowed to go, that put an end to that and we just felt that this was the right thing to do.”

Ward keeps his broodmares at Whatton Manor Stud, including Starman's half-sister Lodestar (GB) (Kingman {GB}), who is in foal to Dutch Art and thus carrying a three-part-sibling to the sprinter.

He continued, “I am excited that he's going to be a stallion but at the moment there's also a bit of sadness that he's not going to be an hour and a half away so I can go to see him easily. He's more than a racehorse to me. As brilliant as he's been, I've probably had even more joy from him away from the racecourse, seeing him when he was half an hour old, watching him grow, going to visit him and sitting with him with him falling asleep with his lead on my lap.”

Ward added, “He's going to Tally-Ho and I know them well. My first horse was by Kodiac and I feel he's going to the right place. I feel proud and blessed to have bred him and hopefully it's just the next chapter for him. I'm now trying to get my mares together for him, so that's going to be a new thing for me in the future, and something to look forward to. It will be amazing for us all to have some of his offspring on the track, and I have an arrangement with Tally-Ho that he can come home when he retires.

“Ed Walker has done a great job with Starman is difficult times. The last 18 months have been difficult for everyone and I think it has helped us having a horse like him around.”

Starman joins a strong roster of stallions at the O'Callaghan family's Tally-Ho Stud led by Kodiac (GB), who is backed up by the promising young sires Mehmas (Ire), Galileo Gold (GB) and Cotai Glory (GB). Yet to have their first runners are Kessaar (Ire) and Inns Of Court (Ire).

“We are grateful to Ed Sackville for arranging the deal for Star-man to stand at Tally-Ho and we are delighted to welcome a horse of his calibre,” said Roger O'Callaghan. “He's a really high-class horse that caught everybody's attention this year.”