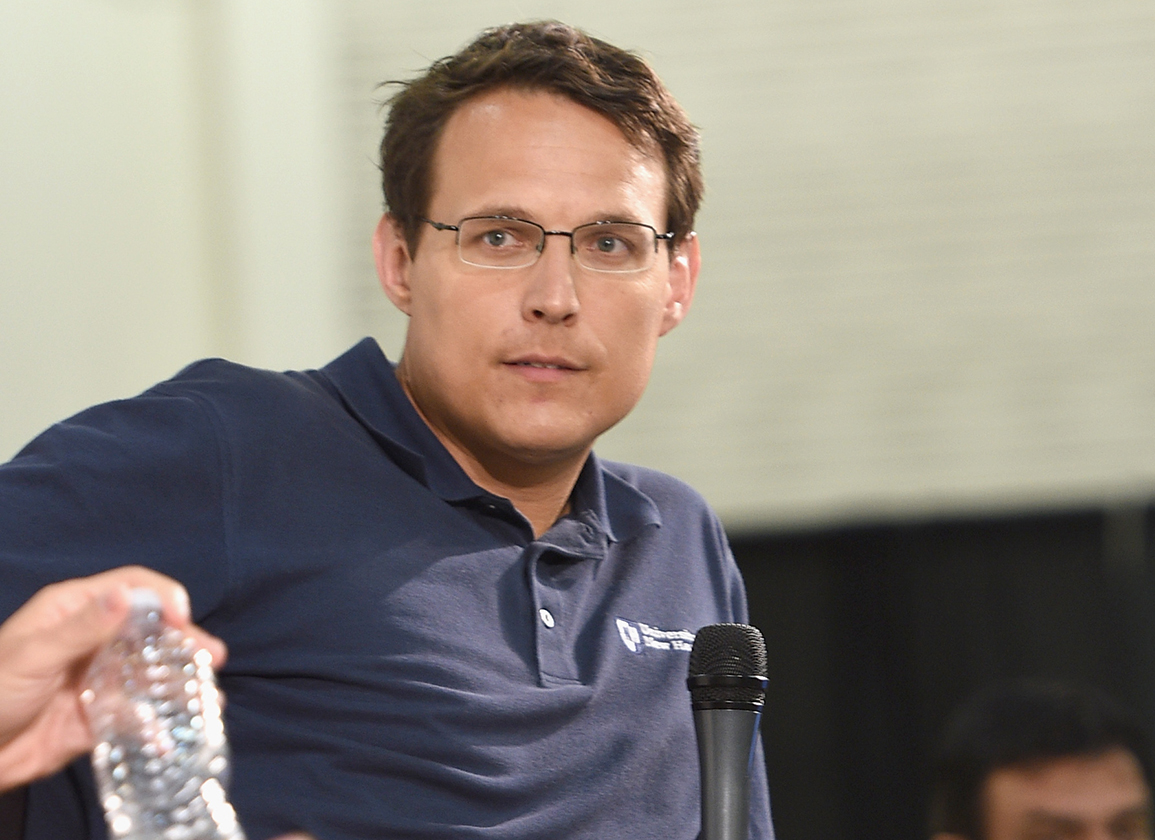 A mainstay political analyst on television for going on a decade now, Steve Kornacki has gained superstardom for his election coverage, particularly during the interminable night of and week following the 2020 presidential election. But Kornacki is also a passionate horse racing fan and handicapper, and last year became part of NBC's industry-leading national racing coverage. Tuesday, he sat down with Joe Bianca and Bill Finley on the TDN Writers' Room presented by Keeneland as the Green Group Guest of the Week to discuss his racing roots, how he survived Election Week of 2020, who he's eyeing for this year's GI Kentucky Derby and more.

“How do I play [the horses]? Probably unwisely and too aggressively,” Kornacki said. “But I just enjoy the challenge. I liken it to trying to put together a puzzle with a thousand pieces. If you can ever get the combination just right, there's this feeling of satisfaction, a real rush that comes with that. So I'm always chasing that kind of rush. We did three of the final [Derby] prep races, the Wood, the Blue Grass and the Santa Anita Derby, on NBC a couple of weeks ago and they asked me–I think they were trying to spare me the embarrassment–if I wanted to pick them on the air. I said, 'Sure, I'll go ahead and take some shots,' and I went 0-for-3, but I knew that was a distinct possibility. And there was a part of me, when I went for some prices, that said maybe I should go with a safer pick like Mo Donegal in the Wood. But that's how I approach it. I'm always more interested in 8-1 than 2-1.”

Asked about his approach to his acclaimed election coverage and how it compares to his new gig analyzing racing, Kornacki said, “The comparison would be in the run-up to the election and the run-up to whatever race we're covering, you're looking for potential angles that can provide some insight and context. For instance, in 2020, we were very mindful that the polls systematically failed in 2016. They had undercounted [Donald] Trump support. They had overestimated Democratic support. So in the month leading up to the election, we were always trying to adjust the polling averages and say, 'If the same error applies in 2020 that applied in 2016, here's what the numbers look like now.' Suddenly you went from [Joe] Biden blowouts to these razor-thin Biden margins, and it turns out that is pretty much exactly what happened on Election Night. That's why it stretched into Election Week. That's the kind of context we're trying to provide. Now I'm looking at this Kentucky Derby field and asking myself what I can contribute on race day and in the run-up to it? Which prep races have had the best track record [with Derby runners], which horses have the best final furlong times, Beyer Speed Figures? I think a big one in the Derby is in this [qualifying] points era, being at or near the front of the pack at every point of call has been huge and a total departure from what it was before. So I look for those kinds of angles, whether it's politics or horse racing.”

Elsewhere on the show, which is also sponsored by Coolmore, the Pennsylvania Horse Breeders' Association, XBTV, West Point Thoroughbreds and Legacy Bloodstock, Bianca and Finley discussed what the closure of harness track Pompano Park could portend for racing, the exciting and growing new technology being used to detect potential breakdowns before they happen and a big upcoming weekend for older fillies and mares. Click here to watch the podcast; click here for the audio-only version or find it on Apple Podcasts or Spotify.