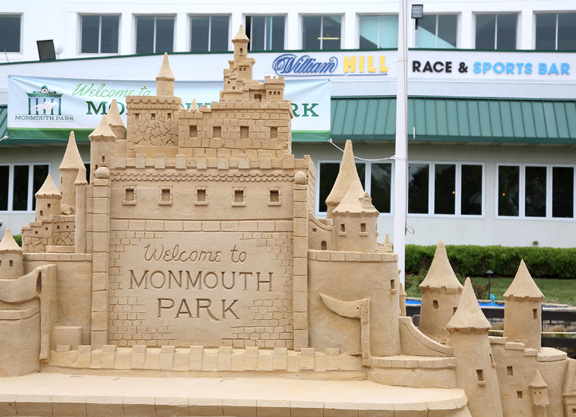 A federal court this week denied a request by a group of pro and college sports leagues to rehear an appeal that resulted in a September ruling that cleared the way for the New Jersey Thoroughbred Horsemen’s Association (NJTHA) to collect at least $3.4 million in damages.

Money from those potential damages had been escrowed earlier this decade when the four major U.S. pro sports leagues and one college sports regulatory body (NFL, MLB, NBA, NHL and NCAA) first tried to block Monmouth Park’s initial attempts at getting sports betting up and running.

The original case had been batted back and forth in the court system until May 2018, when the U.S. Supreme Court struck down the federal law that had prohibited sports betting in all but a few grandfathered states. Soon after, the NJTHA-run Monmouth opened for sports betting.

But even though its sports betting operation was finally up and running, the NJTHA never stopped chasing the money that had been placed in escrow years earlier

In a Sept. 24, 2019, decision, the United States Court of Appeals (Third Circuit) panel of judges ruled that because Monmouth had initially been unlawfully subjected to a no-sports-betting injunction for 28 days, it had been “wrongfully enjoined” because it “had a right all along to do what is was enjoined when the leagues first tried to block sports betting.”

After that ruling came out, the leagues fired back on Oct. 8, requesting an “en banc review” into the case. In law, an en banc session refers to a case being heard before all the judges of a court, and not just a panel of judges selected from that court, which was the case in the Sept. 24 ruling.

In a one-paragraph Dec. 10 ruling, Senior Circuit Judge Marjorie Rendell wrote that, “The petition for rehearing filed by appellees in the above-entitled case having been submitted to the judges who participated in the decision of this Court and to all the other available circuit judges of the circuit in regular active service, and no judge who concurred in the decision having asked for rehearing, and a majority of the judges of the circuit in regular service not having voted for rehearing, the petition for rehearing by the panel and the Court en banc, is denied.”

With the en banc review denied, it is possible that the next step in the case could involve new court proceedings to decide how much the horsemen might be able to collect above and beyond the $3.4 million bond amount in alleged damages. The NJTHA has argued in the past that it is entitled to far more in damages than the amount that had been paced in escrow.