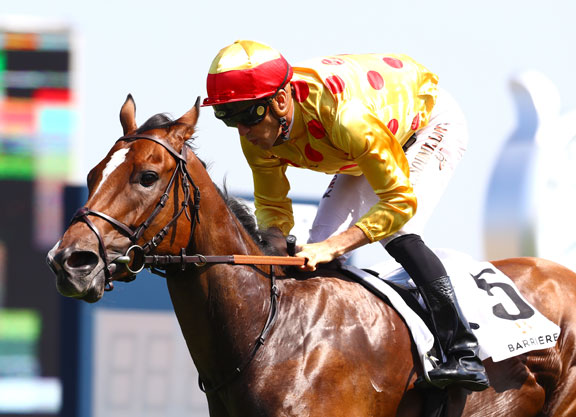 With Paris ruled out of racing action for the immediate future, Clairefontaine take on the G3 Prix du Palais-Royal on Thursday with Spinning Memories (Ire) (Arcano {Ire}) set to start at prohibitive odds. Fourth in this when staged at its usual home of ParisLongchamp 12 months ago, Sutong Pan Racing Bloodstock's 5-year-old went on to garner Deauville's G3 Prix de Meautry over six furlongs in late August after filling fourth spot in the 6 1/2-furlong G1 Prix Maurice de Gheest there three weeks earlier. She was impressive when taking the Listed Prix Maurice Zilber over this seven-furlong trip at ParisLongchamp May 11 and looks a cut above her rivals which include the Wertheimers' 3-year-old Devil (Fr) (Siyouni {Fr}). Successful in the six-furlong G3 Prix Eclipse at Maisons-Laffitte in September before finishing runner-up in the G2 Criterium de Maisons-Laffitte the following month, he looked a dubious stayer at a mile when last of eight in the G3 Prix de Fontainebleau at ParisLongchamp last time May 11.