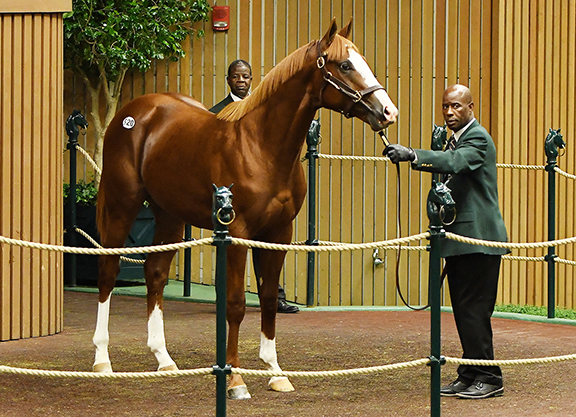 With the ongoing Del Mar meet renamed a few years ago to honor Hollywood icon Bing Crosby, it seems only fitting that a colt named Spielberg (Union Rags) would take his shot in the GIII Bob Hope S., the race formerly known as the Hollywood Prevue S. The $1-millon Keeneland September graduate should jump a warm favorite for the seven-furlong affair, a race won by his trainer Bob Baffert no fewer than six times in its last nine runnings and 10 times dating back to 1996.

Runner-up on debut and in the GI Del Mar Futurity to the talented Dr Schivel (Violence), the chestnut was never truly dangerous when third in the GI American Pharoah S. at Santa Anita Sept. 20. He was more workmanlike than spectacular in graduating by a mile here 13 days ago, but is nevertheless the one they'll have to beat.

Weston (Hit It a Bomb) is the only member of the Bob Hope sextet with a graded victory to his credit, having earned a neck success in the GII Best Pal S. Aug. 8 prior to a third in the Futurity, where Spielberg was 3 3/4 lengths ahead of him.

Ambivalent (Constitution) enters the Bob Hope a five-time maiden, though he did cross the line third in the Best Pal, only to be disqualified to fourth. A close third in the Del Mar Juvenile Turf S. Sept. 7, he turns back off a distant sixth to Jackie's Warrior (Maclean's Music) in the GI Champagne S. over a mile Oct. 10.