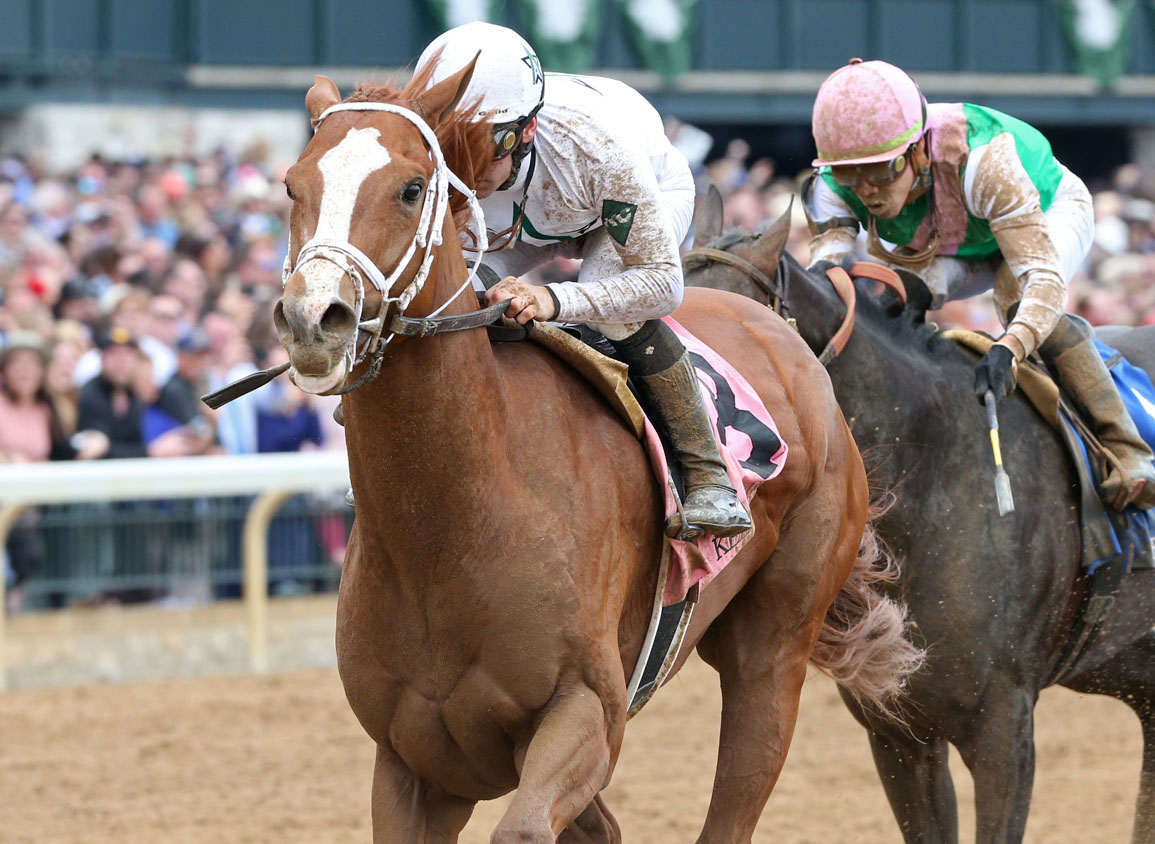 Third to big-figure graduate Unikee (Unified) in a sloppy six-furlong maiden at Gulfstream Mar. 12 and with no fewer than three next-out winners in his wake, Under Oath jumped as the 6-5 chalk, but whereas he showed enough speed to lead in his debut, the blaze-faced chestnut settled off the pace slightly better than midfield and raced in the three and four path to the turn. Forced to cover ground on the bend, Under Oath shifted out five deep as they hit the quarter pole, descended on the leading trio to wrest command inside the final furlong and proved 1 1/2 lengths superior. Juddmonte's debuting Artorius, whose dam Paulassilverlining (Ghostzapper) was purchased privately with the express intent of being among the first book of mares to be bred to the late Arrogate and won this track's GI Madison S. in her first start for the global breeding giant in 2017, raced in the latter half of the field early on. He charted a similarly wide course into the lane and closed off powerfully before blowing past the winner not far past the wire.

This story was posted in Top News and tagged Keeneland, Speightstown, Todd Pletcher, Under Oath, Winstar.