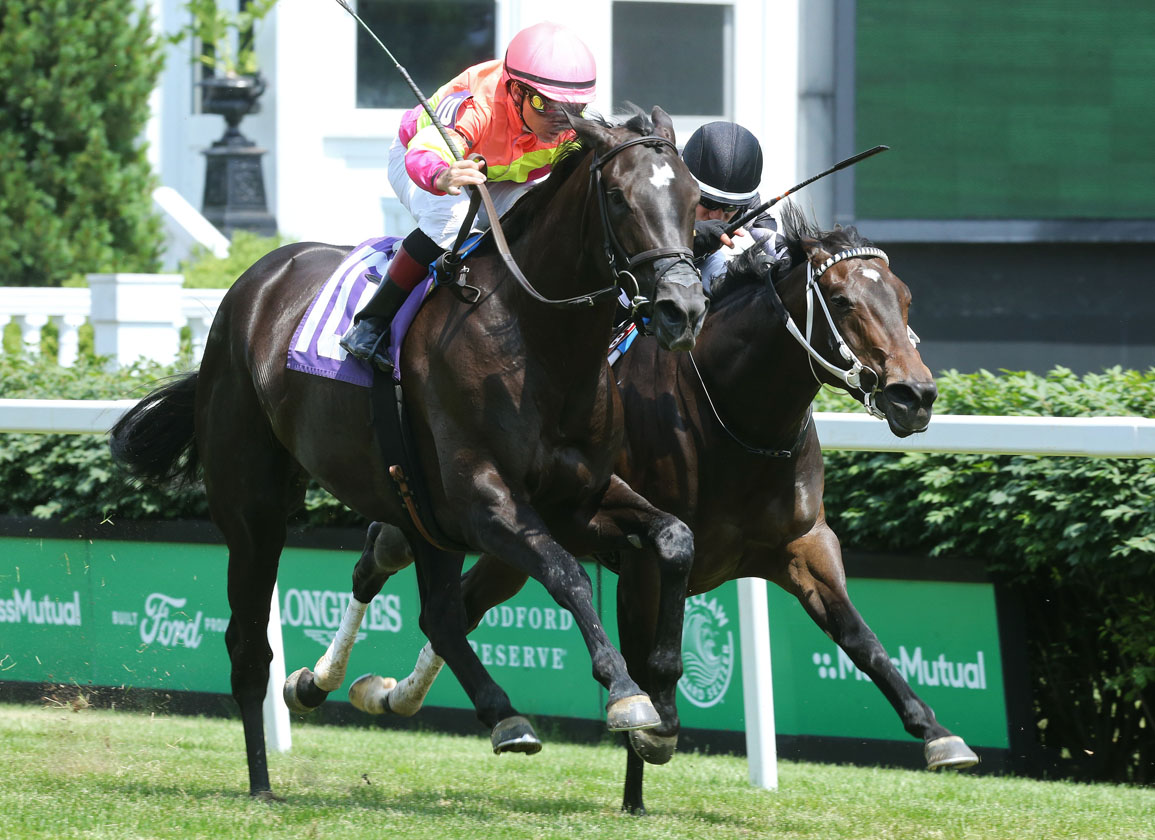 6th-Churchill Downs, $100,000, Msw, 5-23, 3yo/up, f/m, 5 1/2fT, 1:04.51, fm, neck.
TOWN AVENGER (f, 3, Speightstown–Unavenged, by Empire Maker) was crunched into 7-2 at post time from a morning line of 12-1 and was up in the shadow of the post for a good-looking victory at first asking. Settled behind midfield, but trapped out wide after departing the 10 hole, the $380,000 Keeneland September yearling purchase looped rivals four deep on the turn and carried a full head of steam into the lane despite the significant ground loss. The dark bay began to zero in on pacesetting Dynamite Gift (Justin Phillip) entering the final furlong and needed every inch of that final 220 yards before scraping in best. A $50,000 Keeneland September yearling turned $110,000 Keeneland April breezer, Town Avenger's dam won five of her 16 career starts on the competitive Japan Racing Association circuit, graduating over 2000 meters in soft turf at first asking before adding four wins on the dirt at distances from a mile to 2100 meters while earning better than $861,000. Repatriated and bred to Distorted Humor in early 2015, Unavenged–a half-sister to GSW Naughty New Yorker (Quiet American) and SW & MGSP Pupil (Unbridled)–was led out unsold on a bid of $400,000 at that year's Keeneland November sale. Town Avenger is kin to the 2-year-old colt Into Mission (Into Mission) and Unavenged was most recently served by Bolt d'Oro. Sales history: $380,000 Ylg '19 KEESEP. Lifetime Record: 1-1-0-0, $57,488. Click for the Equibase.com chart or VIDEO, sponsored by TVG.
O-Jim & Susan Hill; B-WinStar Farm LLC (KY); T-Brian A Lynch.