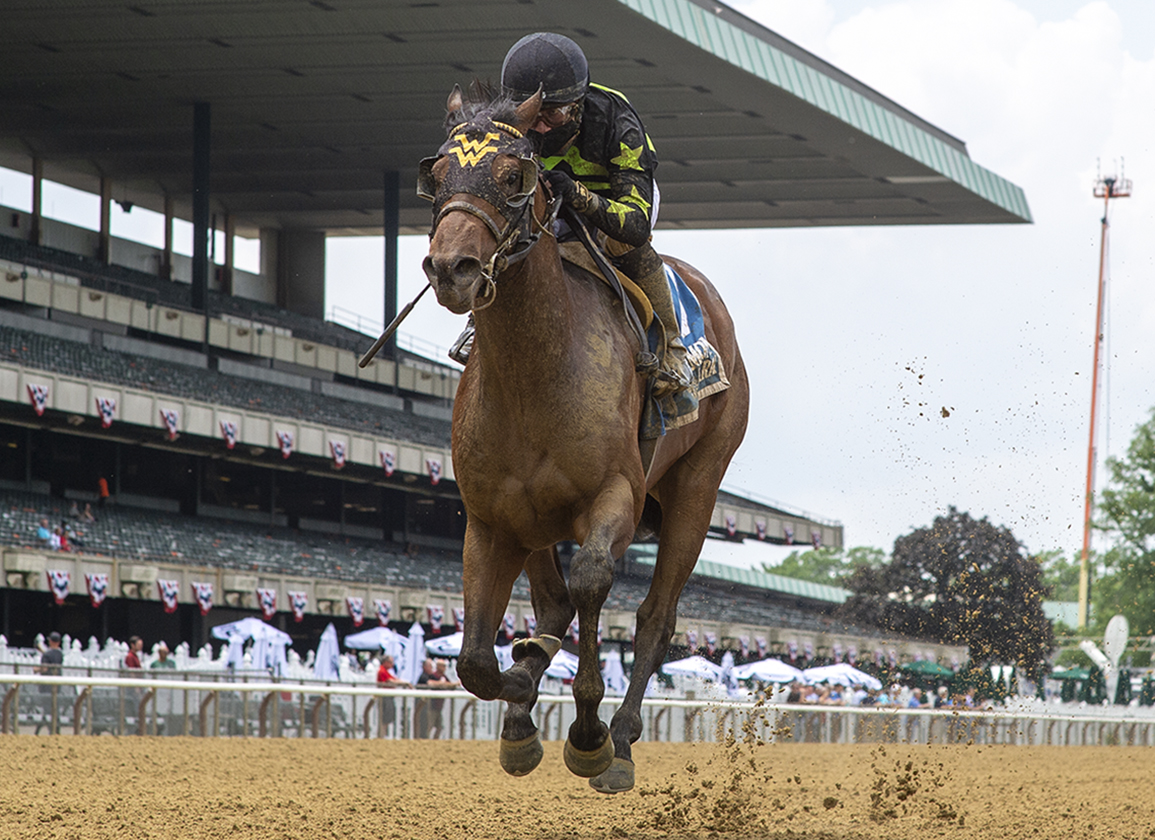 Overbore benefitted from a key scratch in the morning and a pace duel in the afternoon to graduate and become his 23-year-old sire's 123rd stakes winner in this longstanding event. Third by a half-length behind Baytown Frosty (Frosted) after a rough start at even-money at Keeneland Apr. 18, the dark bay second by a nose on the Churchill turf May 21. He inherited the favorite's role when big-figure debut romper Little Drama (Dramedy) was withdrawn, and he was bothered at the start before moving up to sit third behind runaway leaders Baytown Frosty and Trust Our Journey. He brushed with Kavod when that one tried to force his way out for clear sailing, and kept on steadily over the top to prevail.

“He broke better than the first time I rode him,” said Joel Rosario, who was aboard for Overbore's first start but not his second. “It looked like those two horses were going to keep the speed going. I was setting up in the perfect spot. When I said go, he was there for me. He kept going from there.”

The Wesley Ward barn is hitting at better than 40% at the meet, and also took Thursday's Astoria S. with the dominant Happy Soul (Runhappy).

“When you get winners, it's a good spot to be in,” said former rider David Flores, who is serving as Ward's New York-based assistant. “Wesley and I have known each other almost 30 years. When he was riding, I was riding on the West Coast. We go back to since we were kids. It's a great friendship.”

The winner has a yearling half-sister by More Than Ready. His dam, who races exclusively on synthetic and turf at Woodbine but was effective going both short and long, most recently visited Yoshida (Jpn). Speightstown was also represented by a juvenile winner in the Churchill Downs opener Friday.