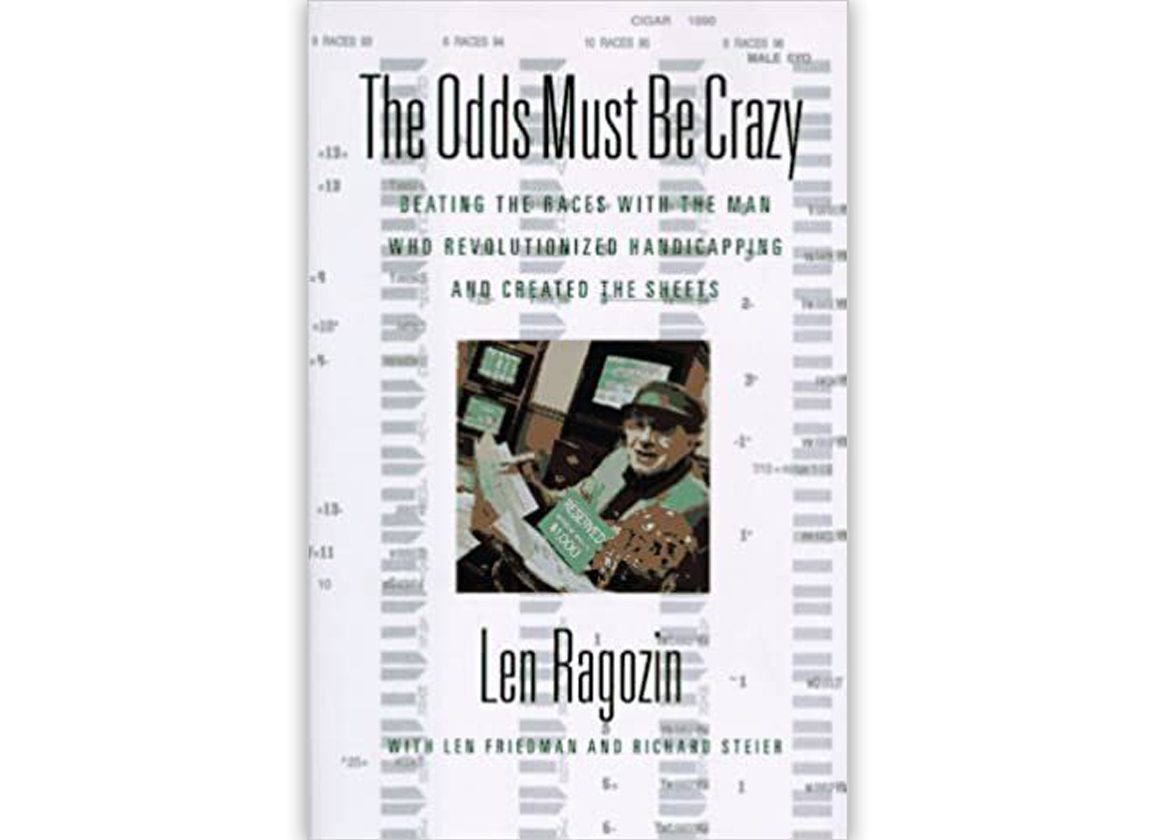 Len Ragozin's book “The Odds Must Be Crazy”

Len Ragozin, who started a handicapping revolution when inventing the Ragozin Sheets, passed away Thursday. He was 92.

Ragozin grew up in Manhattan, where he learned the game from his father, Harry, a textile production manager and a part-time horseplayer who developed his own speed figures. In the late 1960s, Ragozin went out on his own, refining his father's system. He began to publish The Sheets, which boiled a horse's performance down to a single number or speed figure. Ragozin found that he could combine final times, track condition, weight carried and ground lost into a number used to rate a horse's performance. He liked to look beyond the raw numbers and for form cycles and patterns, one of which became to be known as the “bounce theory.” Horses, he found, often regressed and run poorly after a particularly fast and taxing effort.

The Ragozin Sheets would soon become a popular tool for legions of followers, including horseplayers and owners and trainers, among them Bobby Frankel. In an era prior to the Internet and computer printouts, the Ragozin team entered a horse's numbers by hand on sheets of paper that were sold to customers.

“We're trying to find out the true value of a horse's performance,” he told Sports Illustrated in 1978. “In other words, when is a fast race really worse and when is a slow race really better?”

In a 1987 profile, The New Yorker had this to say about Ragozin: “In a profession crowded by shams and romantics, Ragozin looms like a Descartes–the supreme rationalist codifier.”

“Len was a trailblazer,” said Andy Beyer, whose popular speed figures are included in Daily Racing Form past performances. “He created a really strong following for his philosophy of the game. He made speed figures, we make speed figures, other people make speed figures. What was unique about him was the concept that you could look at pattern of numbers on a page and foretell a horse's form cycle. Most notable was his bounce theory.”

In 2012, he sold his business to Thoroughbred owner and breeder Steve Davision and a longtime employee of The Sheets, Jake Haddad. Davison, the majority owner of Twin Creeks Racing Stables LLC., called the Ragozin sheets “the premier speed figure producers in the Thoroughbred industry.”

Ragozin donated much of the proceeds from the sale to his Len Ragozin Foundation, which is devoted to progressive causes. According to his bio on the Ragozin Foundation website, the Harvard graduate was working for Newsweek during the Red Scare when he refused to inform on college classmates. He was denied a promotion because of his unwillingness to cooperate with the FBI, which prompted him to look for a new line of work and go into handicapping.

In 1997, he released his autobiography, titled “The Odds Must Be Crazy: Beating the Races With the Man Who Revolutionized Handicapping.”

Ragozin is survived by his sister, Nikki Keddie, his brother David Ragozin, a daughter, Alexa Manning, granddaughter, Adeline Manning, and ex-wife and longtime best friend Marion Buhagiar, who was with him during his final days. As he wished, Len was cremated without ceremony. No memorials are currently planned. Donations from friends and comrades who remember Len and share his ideals are welcome at the Len Ragozin Foundation (lenragozinfoundation.com).