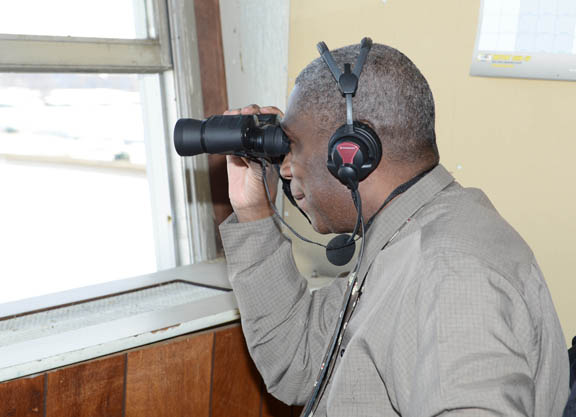 Luis Grandison, a Black Latino who is a native of Panama and who served as the New York Racing Association's Spanish language race caller from 2014 through March 2020, has sued NYRA claiming he was discriminated against because he was paid less than white Americans who call the races in English.

According to a suit filed Tuesday in Brooklyn Federal Court, Grandison was paid $60,000 a year. The suit claims that long-time NYRA announcer Tom Durkin earned $440,000 a year before retiring in 2014 and that his replacement, Larry Collmus, was paid in excess of $200,000 annually. Collmus left NYRA in January and was replaced by John Imbriale. The lawsuit claims that Imbriale also earns in excess of $200,000 annually.

“Although Grandison and his fellow full-time race callers performed the same primary duty (i.e., announcing), NYRA paid the white American race callers more than double Grandison's salary despite Grandison having just as much experience as them, working more months per year than they did, and performing additional advertising duties not required of them,” the suit reads.

Grandison was furloughed in March when racing was shut down by the coronavirus. His job was then terminated in June. The suit alleges that NYRA's treatment of Grandison amounted to “unlawful discrimination against him on the basis of his race, color, and national origin…”

“Defendant purposely discriminated against Plaintiff because of his Black and Latino/Hispanic racial background, thereby denying him equal terms and conditions of employment enjoyed by his white counterparts,” the suit also alleges.

NYRA Director of Communications Pat McKenna issued a statement defending the racing organization and its history of diversity.

“The New York Racing Association (NYRA) is proud to have the most diverse broadcast and TV team in the sport of horse racing today, and maintains a fair and equitable workplace,” the statement read. “NYRA–like so many businesses across the state and nation–has faced significant financial challenges as a result of the COVID-19 pandemic and has been forced to make adjustments to its workforce in order to maintain operations and safeguard its future.”

Grandison began his career in Panama and called races at Hipódromo Presidente Remón in Panama City before moving to the U.S. in 2009. When he was brought on board by NYRA to call the races, then CEO and President Chris Kay said the hiring of Grandison was an “important initiative that will help enhance and personalize the guest experience for our Spanish speaking fan base.”

According to the suit, Grandison's salary when hired was $32,000 and that he subsequently received raises until reaching the $60,000 mark. His job, the suit claims, involved more than just announcing and that he was required to promote NYRA racing on Twitter, Facebook and YouTube, a role that was not required of Durkin, Collmus or Imbriale.