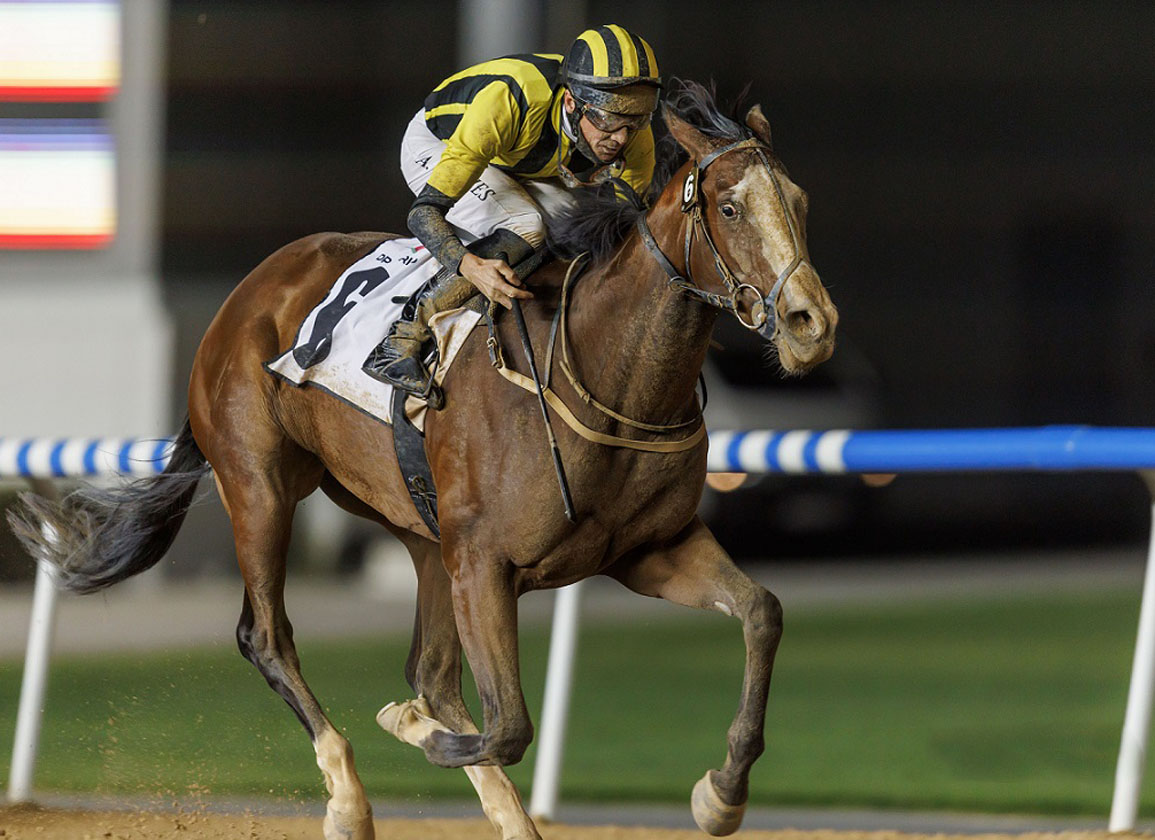 A pair of graded stakes for 3-year-olds highlight Saturday's racing action, starting with the GII Mother Goose S. at Belmont. Two of the five fillies are looking to rebound after off-the-board finishes in the May 6 GI Kentucky Oaks, 'TDN Rising Star' Shahama (Munnings) (sixth) and Venti Valentine (Firing Line) (14th).

Shahama is making just her second U.S. start after starting her career with a perfect four-for-four record during her time in Dubai. Her trainer Todd Pletcher is looking for his seventh Mother Goose victory here.

“It was hard to gauge her racing form. The one thing we felt pretty good about was the way she had trained in company with some of our other horses,” said Pletcher. “To me, she's proven she belongs in races like that, and I thought her Oaks was maybe a better race than it looks on paper. She was still closing at the end. She drew an outside post and it took her a little while to get on track. I thought it was a solid effort.”

Meanwhile, Venti Valentine is a native New Yorker and has never been worse than second in her home state.

“She came out of the Oaks in good shape,” trainer Jorge Abreu said. “I'm going to cross a line through that race and just regroup with her. She's been doing everything well here. I think one turn will suit her better, not that she can't go two turns because she proved she can go two turns. But I think the mile and a sixteenth and cutting back in distance will be better for her.”

GI Darley Alcibiades S. winner Juju's Map (Liam's Map) skipped the Oaks and instead dominated an optional claimer on the undercard in her first start since finishing second in the GI Breeders' Cup Juvenile Fillies. She returns to stakes action in this five-horse field.

Just under an hour later at Thistledown, a trio of GI Kentucky Derby also-rans and a good-looking winner on the GI Preakness S. undercard will line up in the GIII Ohio Derby. GIII Stonestreet Lexington S. victor Tawny Port (Pioneerof the Nile) finished best of the three when seventh on the First Saturday in May for Brad Cox, who won this event in 2019.

GII Tampa Bay Derby hero Classic Causeway (Giant's Causeway) was a few spots behind him in 11th that day. Previously trained by Brian Lynch, the chestnut–one of just three from his outstanding sire's final crop–makes his first start for Ken McPeek Saturday. 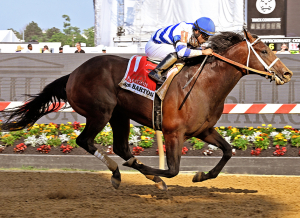 White Abarrio (Race Day) finished 16th in the Derby after winning both the GIII Holy Bull S. and GI Curlin Florida Derby. The gray receives Lasix for the first time in this event.

GII Rebel S. runner-up Ethereal Road (Quality Road) was a late defection from the Run for the Roses, allowing winner Rich Strike (Keen Ice) into the field some 36 hours before post time. His GI Kentucky Oaks-winning stablemate Secret Oath (Arrogate) went on to the Preakness, while Ethereal Road was re-routed to the Sir Barton S. earlier on the card. The D. Wayne Lukas trainee produced an eye-catching late rally, charging home to a decisive victory.

Also worth a look at a price is New York-bred Barese (Laoban), who gets Lasix for the first time here. He thrashed his fellow native New Yorkers in his first three starts, but could only manage fifth behind eventual GI Belmont S. winner Mo Donegal (Uncle Mo) in the GII Wood Memorial S. and could only manage third as the heavy favorite back against locals in an NYSS event Apr. 23.

Right in the middle of those sophomore races is a competitive sprint for older fillies and mares, the GIII Chicago S. at Churchill Downs. This test has attracted a pair of Grade I winners in Bell's the One (Majesticperfection) and Kalypso (Brody's Cause), as well as Sconsin (Include), who enters off wins in the Open Mind S. and GIII Winning Colors S. Don't count out GIII Go For Wand H. romper Lady Rocket (Tale of the Cat) or GI Derby City Distaff runner-up Four Graces (Majesticperfection).