Home » Archive » Shared News » Some Old, Some New As Saratoga Opens For Summer 2022

Some Old, Some New As Saratoga Opens For Summer 2022 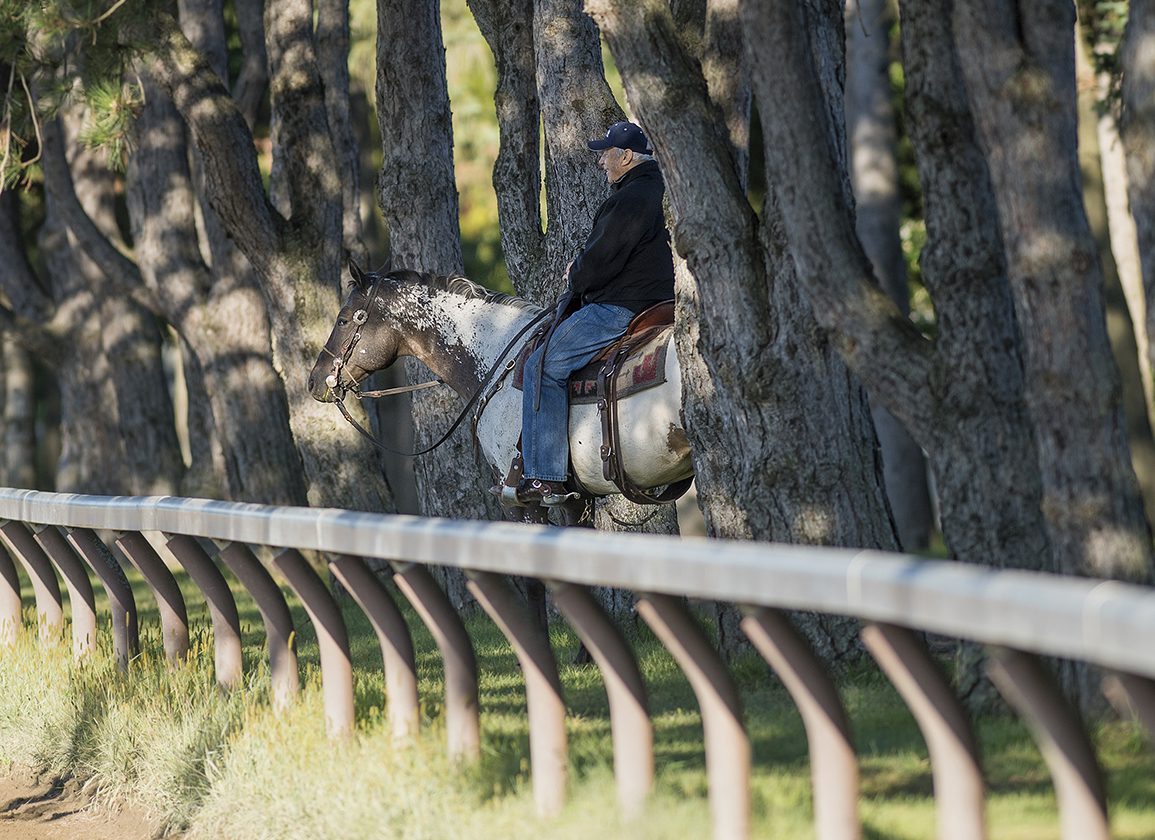 At the age of 86, Wayne Lukas is poised for a big meet at Saratoga | Sarah Andrew

SARATOGA SPRINGS, NY – D. Wayne Lukas is back and so is the Wilson Chute, after a much, much longer absence, for the 154th summer of Thoroughbred racing in Saratoga.

The 40-day season at historic Saratoga Race Course launches Thursday and runs through Labor Day, Sept. 5. It will be the 77th consecutive year of competition at Saratoga–since the closing for three years during World War II–which coincidentally makes it the second half of the very long run since the first meet was held in 1863. During the eight-plus weeks of racing, 77 stakes worth $22.6 million in purse money will be contested.

In 2020, the Saratoga season was conducted without fans to comply with COVID-19 protocols in place at the time. With fans back on the grounds last summer, the meet was a smashing financial success. Even though 45 races were moved off the turf due to wet conditions, Saratoga had a record all-sources handle of $815,508,063. Luis Saez was the leading rider for the first time and Chad Brown won his fourth training title.

Lukas, 86, was stabled at Saratoga for 36 consecutive years, but missed the last two seasons due to a combination of the pandemic and a drop in quality of his long-powerful stable.

After his 3-year-old filly Secret Oath (Arrogate) won the GI Longines Kentucky Oaks and finished fourth in the GI Preakness S., he talked about shipping her to Saratoga for the GI Coaching Club American Oaks and the GI Alabama S. Instead, the typically enthusiastic Hall of Famer brought a crew of runners from Kentucky and is back at his longtime Saratoga base, Barn 83, on the northeast corner of the Oklahoma training track stable area.

“We're a little bit deeper than that one horse,” Lukas said. “That's one of the reasons. You cannot survive here financially if you don't have a couple of horses that are competitive. If you try to come up here with one horse, this place is just right under the national debt as far as expenses. We've got a little depth. We've got a couple of 2-year-old fillies that have already exposed themselves and can run and we've got a couple of colts that we think can run. So, we brought 16 head trying to think that we were somewhat competitive. The racing here is good but it's not overwhelming. It's awful good in Kentucky right now, too.”

Lukas debuted at Saratoga in 1984 and made an immediate impact, finishing 1-2 in the Alabama with Life's Magic (Cox's Ridge) and Lucky Lucky Lucky (Chieftain) and won the GI Spinaway S. with Tiltalating (Tilt Up). He has won at least one race every year at Saratoga, is a six-time training champ and has 254 victories, 60 in stakes. Three of those stakes wins came in Saratoga's signature race, the GI Runhappy Travers S. He could have his 21st Travers runner on Aug. 27, Ethereal Road (Quality Road), who is headed to the GII Jim Dandy S. on July 31.

Briland Farm's Secret Oath will have her final work for the $500,000 July 23 GI CCA Oaks on Friday or Saturday.

Lukas suggested using capital letters for his comments on how the filly is doing a week out from the race.

Lukas will saddle BC Stables's 'TDN Rising Star' Summer Promise (Uncle Mo) in the GIII Schuylerville S. for 2-year-old fillies on Thursday. He has won the six-furlong opening day feature six times and sits in a tie with his former assistant and fellow Hall of Famer Todd Pletcher. Summer Promise, a $500,000 yearling purchase, won her debut by five lengths June 25 at Churchill Downs. His most-recent win in the Schuylerville was in 2004 with Classic Elegance (Carson City).

This will be the eighth summer that the Fitch brothers, Patrick, Jason and Adam, have operated King's Tavern on Union Avenue, across from the main entrance to the track. They leased a drab seasonal bar and turned into a busy year-round venue that is popular with track fans. They managed to get through the difficult first pandemic year in 2020 and had a solid 2021.

“We're looking at this meet and the only real concern we have is the weather,” Jason Fitch said. “If we can, let's get some sunny days and have the rainy days be on Monday and Tuesday. We're hoping that it's smooth sailing and the buzz has been–even throughout the hard winter with foot snow storms–that people are coming out.

“People just want to be out of the house. That whole post-COVID-locked-up-let-me-be-free vibe is still going on.  I think this is going to be our busiest Spa meet yet. Hands down, I think it's going to be the busiest one.”

In January, NYRA announced plans to rebuild the Wilson Chute, which would bring back one-mile dirt racing back to Saratoga. The chute, which runs parallel to Nelson Avenue, provides jockeys and horses a straight run before entering the main track on the first turn. The original Wilson Chute was first used in 1902 after the track, which opened in 1864, was reconfigured and expanded from one mile to 1 1/8 miles by the new ownership group headed by William C. Whitney. It was named for Richard T. Wilson, Jr., a prominent horseman and partner in Whitney's group. Wilson, a three-time winner of the Travers, served 20 years as the president of the Saratoga Association and was instrumental in rebuilding the clubhouse and Turf Terrace, which opened in 1928. The chute was closed after the 1972 season and the space it occupied used for parking.

With the Wilson Chute gone, NYRA could not card dirt races at distances between seven furlongs and 1 1/8 miles. It was also an issue when one-mile turf races had to be moved off the grass and run at either seven furlongs or nine furlongs.

In 1992, NYRA experimented with one-mile races, ran 25 of them during the season, then scrapped the plan amid criticism that the configuration favored horses that drew inside.

“It wasn't a chute,” said retired jockey Richard Migliore, who was in the midst of his long career that season. “They basically just put the starting gate on the outside fence. They backed it up as far as they could with room enough, obviously, to load the horses, but there was no true chute there at all.”

Migliore said he was skeptical at first when he heard about the new chute, but changed his opinion after seeing images of how it was constructed.

“It appears to be a proper chute where the angle's good,” he said. “It shouldn't be bad on the horses and the riders to get position and it looks like there's actually a straightaway into the bend, not that it's a long one.”

A half-dozen jockeys tested the chute on Tuesday. A decision on how many horses will be allowed to start from that gate will be made after some races are run. NYRA would like a maximum of 10 starters. The first one-mile dirt race in 30 years will be the inaugural running of the Wilton S. for 3-year-old fillies on opening day. The Wilton drew nine starters, three of them from Pletcher.

A new permanent two-story building on the west side of the horse path from the paddock to the track will open Thursday. The Post Bar and Paddock Suites replace The Post Bar, which operated under a canopy for several seasons. The Post Bar will remain an open-air facility, while the suites above it are climate controlled.

A year after he won the GI Saratoga Derby Invitational with State of Rest (Ire) (Starspangledbanner {Aus}), Irish trainer Joseph O'Brien is scheduled to have six stalls for a satellite division at Saratoga this summer. O'Brien, the son of legendary trainer Aidan O'Brien, and Freddy Head are the only two people to ride and train Breeders' Cup winning horses.