Home » Archive » Shared News » So, Who's the Leading First-Crop Sire of 2019: American Pharoah

So, Who's the Leading First-Crop Sire of 2019: American Pharoah 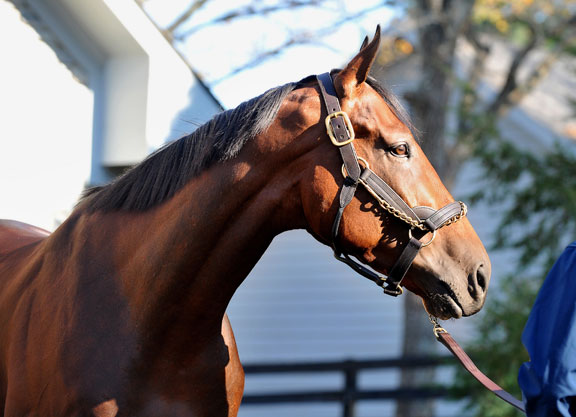 “You have to think the answer is American Pharoah. With the mares that he got and as fast as he was and how everyone at the sales has been raving about them, you have to think they're going to come out running. Not only is he a Triple Crown winner, he was bred to nothing but the best when it comes to mares.

“I have five of them. I'm hoping the one I have out of [champion female sprinter] Judy the Beauty (Ghostzapper) turns out to be the big star, but I have a biased opinion there. She's showing some pretty quick times. I just started breezing my

“Because I like to run at Royal Ascot I was curious as to whether or not the American Pharoahs would like the grass. I ran into Bob [Baffert] and I asked him what he thought about American Pharoah as a stallion and I also asked him that question, will they be able to run on the grass? He told me, 'the one thing I wish I could have done is run him on the grass because, with the way he moved, I think he would have loved it.' That stuck in my mind, so I bred a couple of turf mares to him. It would be great if we could get one to Royal Ascot.

“Another sire I think people should keep an eye on is Carpe Diem. I have a filly by him that I bought who is really, really smart and shows that she's going to be pretty quick. She's a very nice filly. I paid dearly for her, but I've seen others by him that didn't sell for that much that also look very good. I think he's going to be a sire that injects some speed into his horses.”