Slow Down Andy to Beat in Sunland Derby 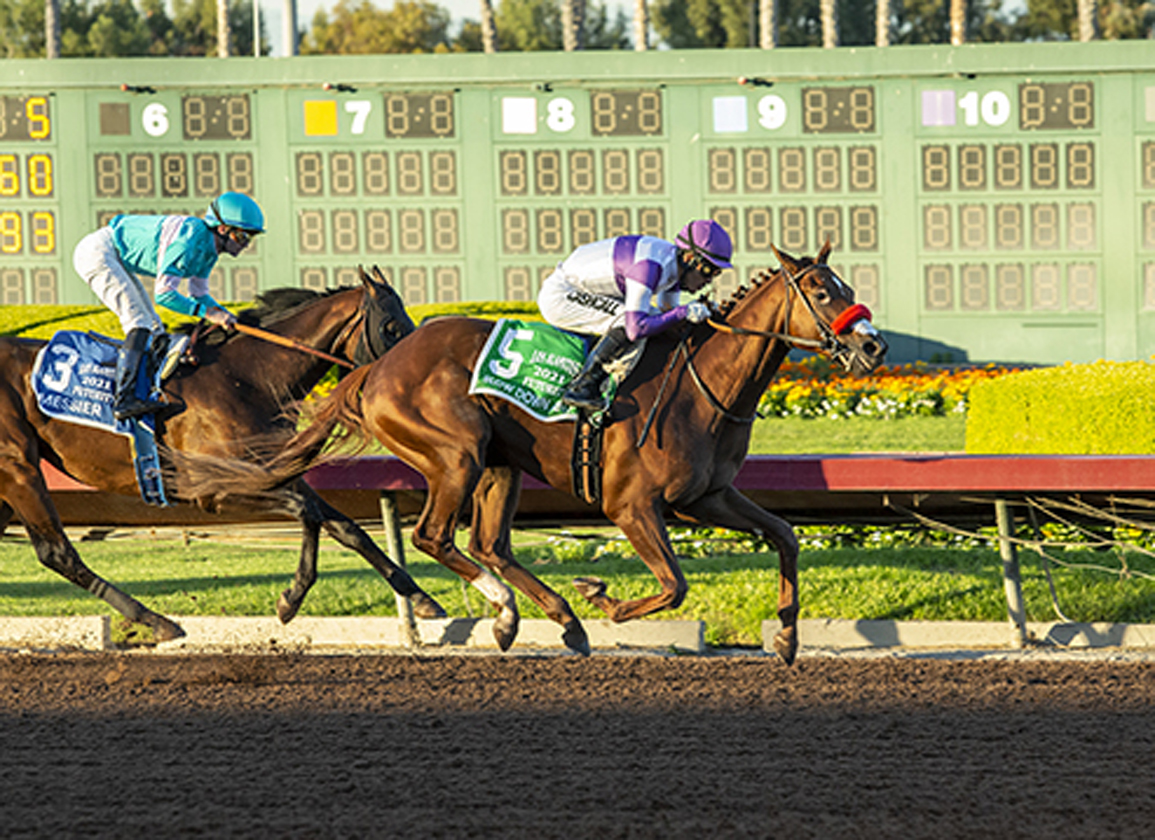 Reddam Racing's Slow Down Andy (Nyquist), unable to make a dent in the GII Risen Star S. last out, will look to bounce back as the favorite in Sunday's GIII Sunland Derby at Sunland Prak.

Graduating impressively by 4 3/4 lengths against fellow California-breds on debut Oct. 9 at Santa Anita, the homebred finished a hard-fought second in the state-bred Golden State Juvenile S. on the Breeders' Cup undercard Nov. 5 at Del Mar before stepping into open company for the first time and upsetting next-out 15-length GIII Robert B. Lewis S. winner Messier (Empire Maker) in the GII Los Alamitos Futurity Dec. 11. Drawn wide in the Feb. 19 Risen Star, the chestnut tracked the pace but had little in the stretch, fading to sixth, beaten 10 lengths. The Doug O'Neill trainee adds blinkers for this test and drilled a six-furlong bullet in 1:12 2/5 (1/5) from the gate Mar. 19 at Santa Anita.

Slow Down Andy will have to hold off the returning one-two-three finishers from the local Feb. 27 Mine That Bird Derby prep race. Jungle Racing's Straight Up G (Straight Fire) opened up a clear lead that day before holding on late for a 3/4-length victory, and the speedster is a neck away from being undefeated in his last four starts, also having captured the state-bred King Glorious S. Dec. 12 at Los Alamitos. B4 Farms' Bye Bye Bobby (Quality Road), and $870,000 Keeneland September purchase, captured the Zia Park Juvenile S. in his career bow Nov. 23 and, after running last in the Remington Springboard Mile S., finished a narrow second in both the Riley Allison Derby and Mine That Bird Derby over this track. Classic Moment (Classic Empire) rounded out the trifecta in the Mine That Bird Derby after suffering a wide trip, and the Steve Asmussen trainee is drawn better this time in the two-hole.