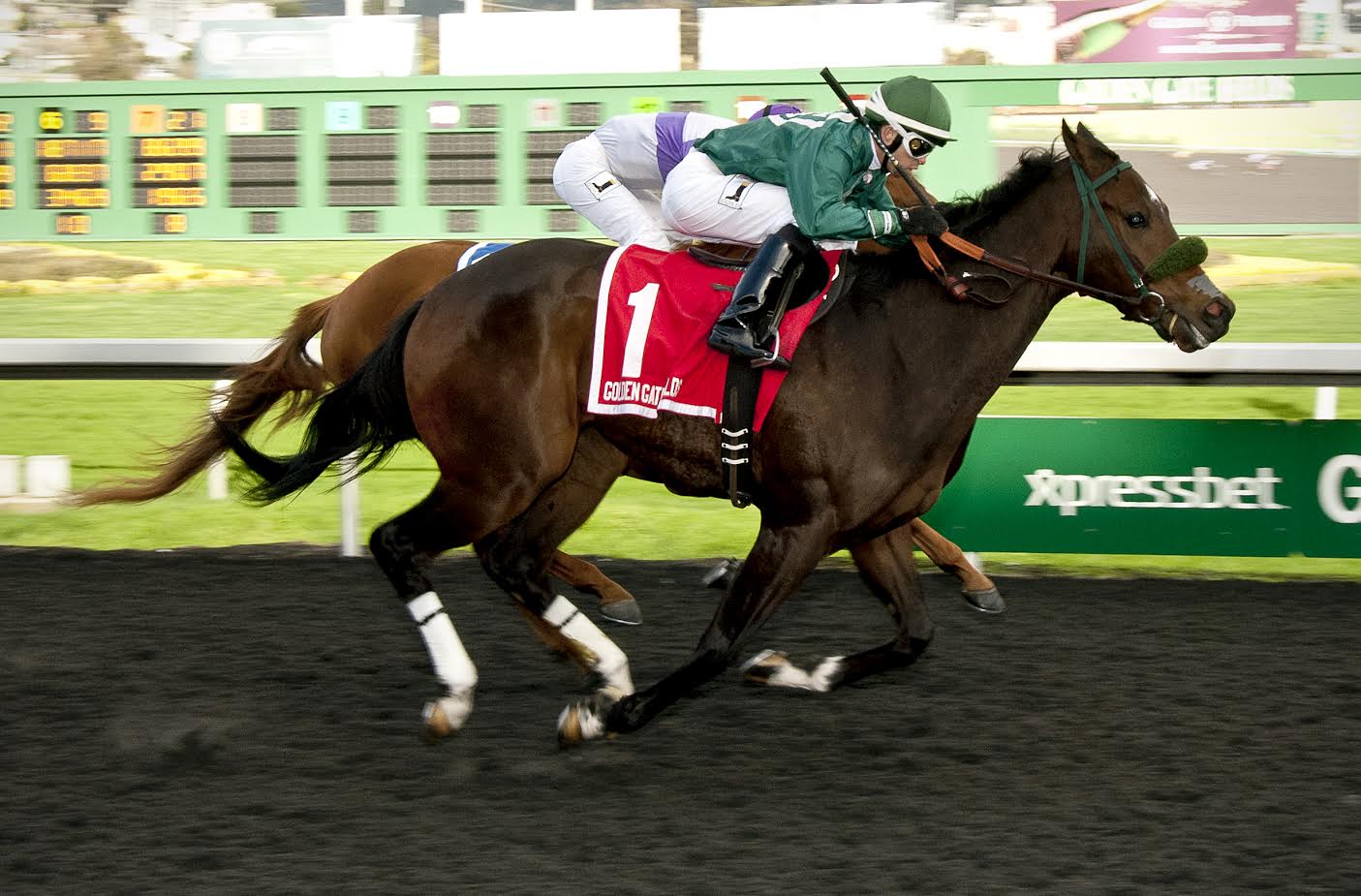 Saturday's GIII El Camino Real Derby became something of a sit-sprint affair, slow early, fast late, and Zakaroff finished swiftest of all to cause a 48-1 boilover and lead home a one-two finish for his sire.

Bumped lightly at the break, Zakaroff was able to take full advantage of his rail draw to save ground while racing on the back of Southern California invader Ann Arbor Eddie (Square Eddie) through moderate fractions of :49.03 to the half-mile and 1:13.96 for the opening six furlongs. Always traveling like a winner beneath Kyle Frey, Zakaroff popped off the fence to lay down a challenge three abreast in the stretch and hit the line generously for the victory. Ann Arbor Eddie crossed the line second, but was subsequently demoted to fourth for interfering with Tribal Storm inside the final furlong.

“[Trainer Steve Specht] told me he was on the improve and was doing great,” offered winning pilot Kyle Frey, who picked up the mount after leading rider Frank Alvarado hopped off in favor of Sheer Flattery (Flatter). “He had made a run on the inside last time and was very willing. [Specht] was very positive about the horse, as was I after watching the replay.”

Frey added, “My horse was just completely relaxed, completely in hand, so I was just very comfortable,” the rider added when asked if he was worried about being caught down inside. “It did get a little bit shaky coming out of that final turn, but luckily we were able to muscle out and get a clean trip outside… He goes beautifully. Steve and his team did a great job getting this horse ready.”

Runner-up in a six-furlong maiden Nov. 5, the bay was forced to cover extra ground, but was up in the waning strides to graduate going 5 1/2 panels at this track Nov. 26. A solid third behind More Power To Him in a first-level allowance going a mile Dec. 31, Zakaroff had no obvious excuse when an even fourth in the Jan. 21 California Derby last time out.

Pedigree Notes:
Once a $250,000 Keeneland April 2-year-old, Grand Advice was purchased by Eagle Ridge Racing for $8,000 when offered not in foal at the 2012 Keeneland January Sale. Zakaroff, the mare's second produce, has a yearling full-sister, with another full-sibling due in 2017.