Siro's To Reopen After Fraud-Related Arrest of Executive Chef 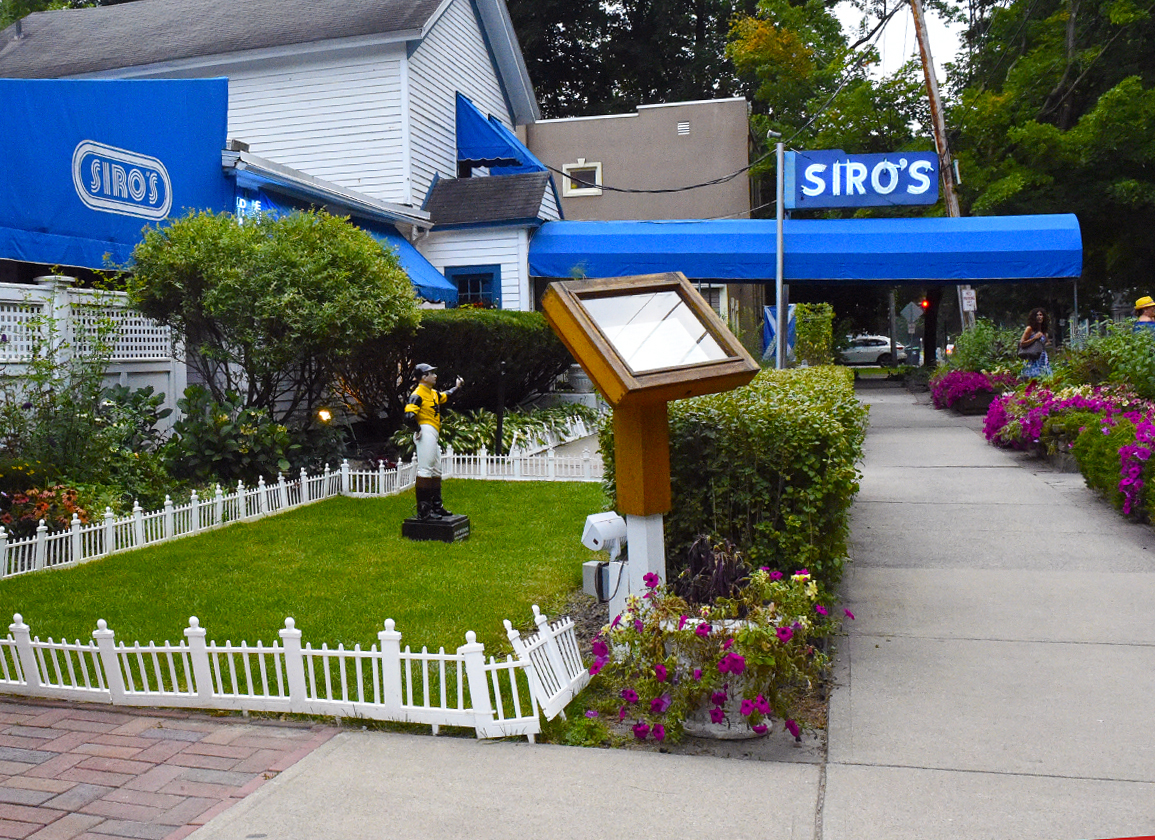 Siro's, the popular restaurant and bar within walking distance of Saratoga Race Course, is scheduled to reopen Thursday after shutting abruptly on the second day of the racing season last week when its executive chef was arrested as a fugitive from justice with multiple outstanding felony and misdemeanor warrants for fraud-related charges.

The Times Union of Albany reported July 21 that Robert S. Barber Jr. was arrested at the Lincoln Avenue restaurant July 16 on initial charges of possession of a forged instrument, which was an allegedly fake Massachusetts driver's license in the name Robert S. Missinelli.

The paper further reported that Barber's legal history “includes current felony and misdemeanor warrants” in Virginia, New Jersey, New Hampshire, and Pennsylvania on charges that include forgery, financial fraud, and identity fraud. Within New York alone, Barber has “past warrants from as many as six Capital Region police departments for various charges.”

The Times Union reported that the landmark restaurant had recently heralded its hiring of “Robert Missinelli” after the chef was recruited from a Thoroughbred-themed steakhouse in Myrtle Beach, South Carolina.

The arrest was the second related to Siro's in the past three months.

On May 6, Scott R. Solomon, then an owner of Siro's, was arrested on charges of forging insurance and liquor-license documents in an effort to get a city permit to open the business in the middle of the pandemic last summer.

The restaurant is now under new ownership. Its general manager, Kevin Decker, told the Daily Gazette that Siro's had vetted Missinelli/Barber prior to his hiring and that his references and documentation had all checked out under that alias.

“We're supposed to be the preeminent restaurant in Saratoga, in racing,” Decker told the Daily Gazette, explaining that after the arrest, Siro's didn't want to commit to staying open over the past few days without a leader in the kitchen.

Siro's is only operational during Saratoga's July-through-Labor Day race meet.

The Daily Gazette reported that Dave Jackson will be the new executive chef for the father-son ownership team of Peter and Jake Spitalny.