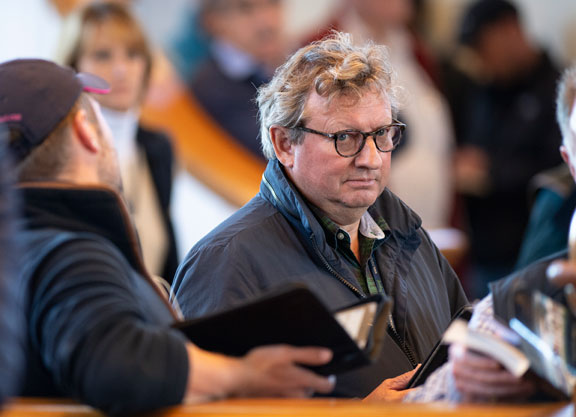 Sir Ron Priestley (GB) (Australia {GB}) could be facing retirement from racing after re-aggravating the suspensory injury that forced him to the sidelines for the entirety of his 4-year-old campaign last year, trainer Mark Johnston told Racing Post. Paul Dean's 5-year-old entire finished third in Tuesday's G1 Goodwood Cup, but was promptly pulled up by Franny Norton 300 yards after the finish line and brought back in the horse ambulance for assessment.

“He has re-injured the old suspensory injury that kept him out during 2020,” Johnston told Racing Post. “It could well be worse than it was last time. It's not good news but it's not life threatening.

“He walked on the box, he was standing out here for a while after they bandaged him. He's not fine, it's a serious injury. These things are serious but it's not life threatening in any way.”

Sir Ron Priestley, a 70,000gns yearling purchase by Johnston and a half-brother to the yard's G1 Gold Cup winner Subjectivist (GB) (Teofilo {Ire}), won the G3 March S. at three and was second in the G1 St Leger. He returned from a 19-month layoff to win a listed race at Nottingham in April and the G2 Jockey Club S. three weeks later, and added the G2 Princess of Wales's S. on July 8. after a third in the G2 Yorkshire Cup and seventh in the G2 Hardwicke S.