Sioux Nation Off The Mark In Irish Season Opener 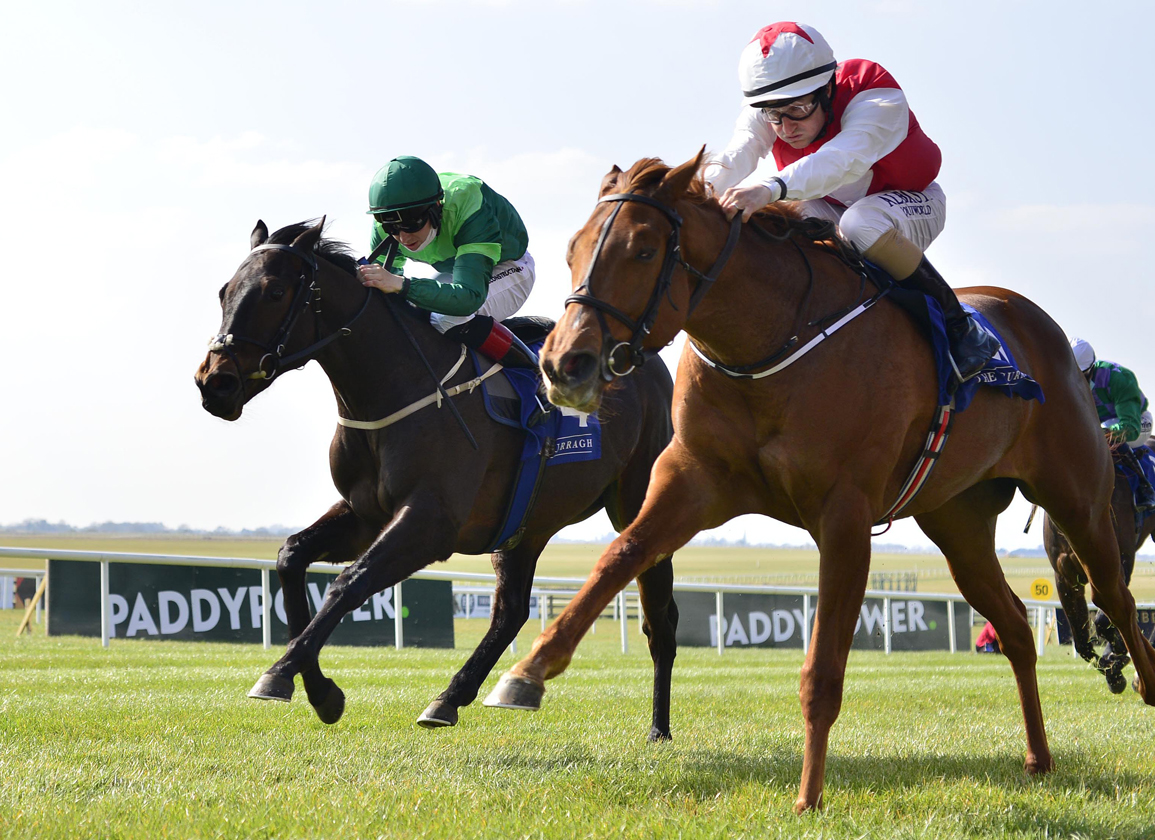 Ocean Quest is the first winner for Sioux Nation | Racingfotos.com

Coolmore's G1 Phoenix S. hero Sioux Nation (by Scat Daddy) got off to the brightest start to his stud career possible on Saturday as his daughter Ocean Quest (Ire) struck in the Irish flat turf season opener at The Curragh. Missing the break in the five-furlong Alkumait Standing At Castlefield Stud With A €100,000 Bonus Irish EBF Maiden, the Jessie Harrington-trained chestnut soon raced behind the leaders and would have been an unlucky loser had the gap not come in time so well was she travelling inside the final furlong. Once Shane Foley had open air, the 11-2 shot drove between rivals to gather in Forceful Speed (Ire) (New Bay {GB}) close to the line for a head success.