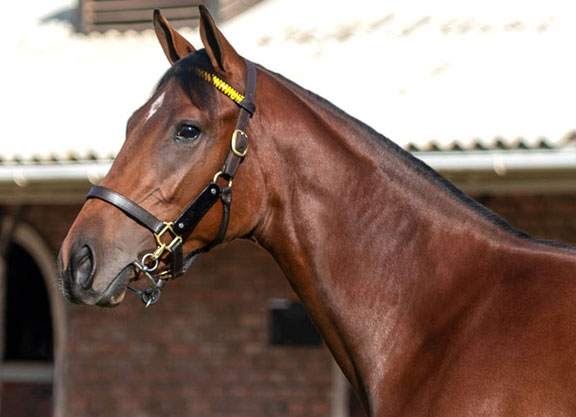 Lot 191, a colt by Silvano (Ger) topped the first day of the National Sale | BSA

A yearling colt by Silvano (Ger) topped the first day of the Bloodstock South Africa National Yearling Sale on Thursday. The Maine Chance Farms consignee, sold as lot 191 for R2.4 million (£122,652/€141,313/US$169,068) to the Hong Kong Jockey Club, he is out of G2 Sceptre S. heroine Princess Royal (SAf) (Captain Al {SAf}). In addition, he is a half-brother to MGSW Princess Calla (SAf) (Flower Alley).

Lot 137, a colt by Gimmethegreenlight (Aus) from the Mauritzfontein draft, also attracted the HKJC's attention and went for R1.5 million. The bay is a full-brother to MGSW and G1 SA Classic runner-up Barahin (SAf) (Gimmethegreenlight {Aus}).

A five-time champion sire, Silvano was also responsible for the most expensive filly on the day, lot 133. A member of the Avontuur Thoroughbred Farm consignment, she was knocked down for R1.1 million to Pieter Graaff's Lammerskraal Stud. The filly is a daughter of Miss October (SAf) (Var), a half-sister to Grade 1 winner and Equus Champion Tempting Fate (SAf) (Master Of My Fate {SAf}).