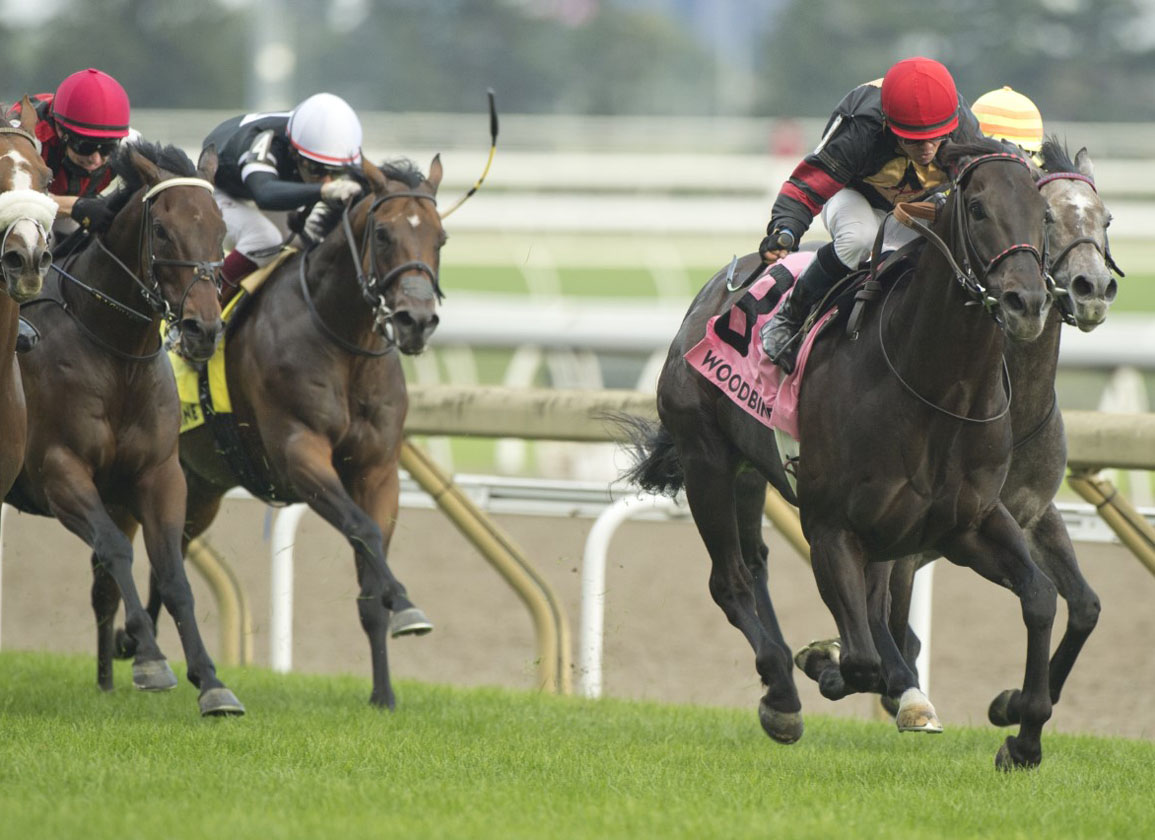 Silent Poet, a winner of both the GII Connaught Cup and his second-straight running of the GII Nearctic S. last term, bounced back from a trio of off-the-board efforts to upset Sunday's GI Highlander S. at Woodbine. The 9-1 shot sat perched just behind odds-on and in-form filly Caravel, took over from that foe with relative ease in the stretch and kept finding to hold off a furious late bid from Admiralty Pier. Caravel held on for third.

The winner, who was 12th in the 2018 Queen's Plate, was last seen checking in fifth when attempting to defend his Connaught Cup title July 18.

This was the first Grade I win for trainer Nick Gonzalez, who was visibly emotional after the race. Gonzalez lost his wife and longtime assistant trainer Martha last October. Silent Poet was one of her favorites.

“[Jockey] Justin [Stein] and I have been talking about it right up until this race,” Gonzalez said of what made the difference Sunday. “'He said 'You know, Nick, we drew two inside post positions his first two starts [this year]… I break, 'Poet' breaks well, and I've got these guys on the outside of me chirping, chirping, chirping, and 'Poet' wouldn't relax.' He used himself a lot more than he would of in the first eighth of the race. And he backed up both times… “When the overnight came out and we had the eight hole, Justin came by in the morning and said, 'Nick, I think we're going to be able to get a nice trip today.' Everything worked out.”

Silent Poet becomes the first Grade I winner in the Northern Hemisphere for perennial leading Canadian sire Silent Name (he has a previous highest-level winner in Brazil). The son of legendary Japanese-based breed shaper Sunday Silence has eight graded or group winners altogether. He stands at the Stronach family's Adena Springs North.

Silent Poet's unraced dam is a half to Stronach Stable's Red Bullet (Unbridled). Cara Bella sold to Stone Farm for $60,000 at the 2017 Keeneland November sale carrying a full-brother to Silent Poet who would sell for $130,000 two Septembers later. She has a 2-year-old Broken Vow colt and a foal colt by Liam's Map. She was bred back to the latter for 2022.