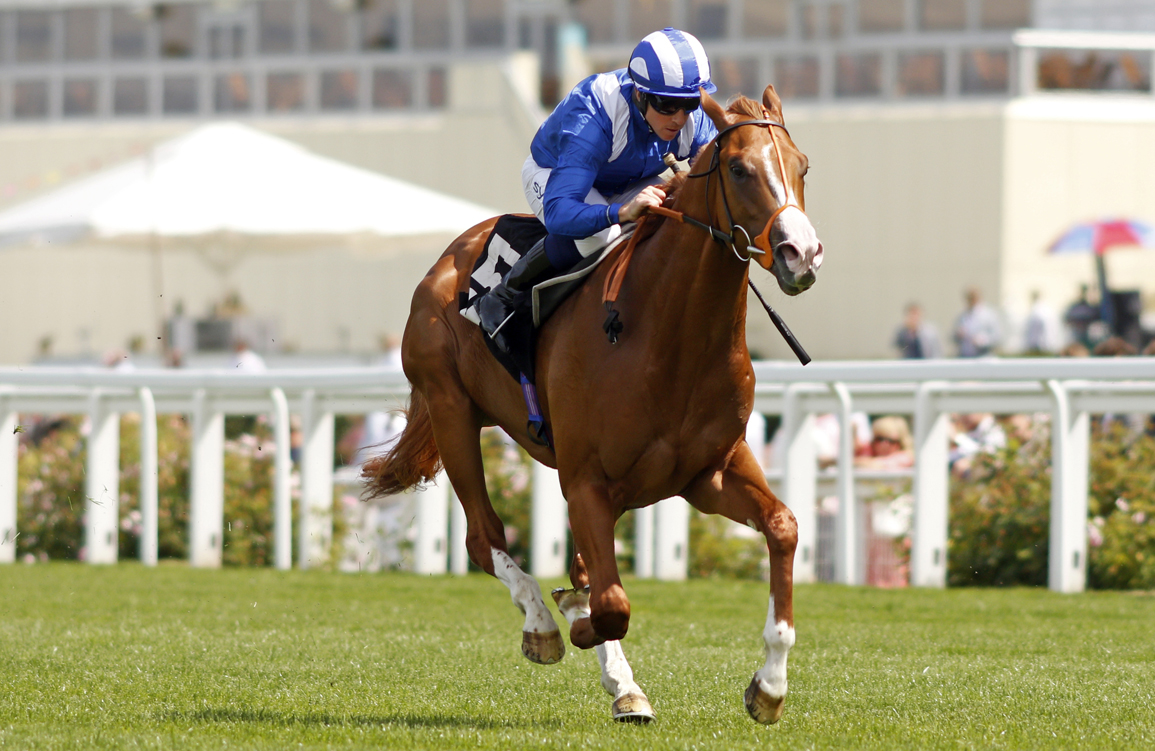 Shadwell's 180,000gns Tattersalls October Book 1 graduate Ehraz (GB) (Showcasing {GB}) encountered a race-fit Noble Truth (Fr) (Kingman {GB}) when running on for a two-length second in his July 9 debut tackling seven furlongs at Newmarket. Justifying odds-on favouritism in Friday's renowned six-furlong Crocker Bulteel Maiden at Ascot, the flamboyant chestnut left 10 rivals floundering in his wake and powered to 'TDN Rising Stardom' by daylight. The 4-9 pick broke in the second rank and found cover in a handy fourth through the early fractions. Angled into the clear approaching the quarter-mile pole, he cruised to the front hard on the bridle with 1 1/2 furlongs remaining and powered clear under minimal coaxing in the latter stages to easily outclass Buoyant (Ire) (Awtaad {Ire}) by an impressive 4 1/4 lengths.

“He ran a super race first time out at Newmarket when he was slowly away,” said winning rider Jim Crowley. “He'd been like that at home so the winner got away from him although I think he was beaten by a very good horse. He felt like a seven-furlong horse when I rode him work and, dropping back a furlong, I think he did it nicely. He's going to get quicker for racing and, being by Showcasing, I think he'll be just as effective on softer ground. He's got a lovely temperament and is very laid back. This race always throws up a good horse and, hopefully, he keeps progressing.”