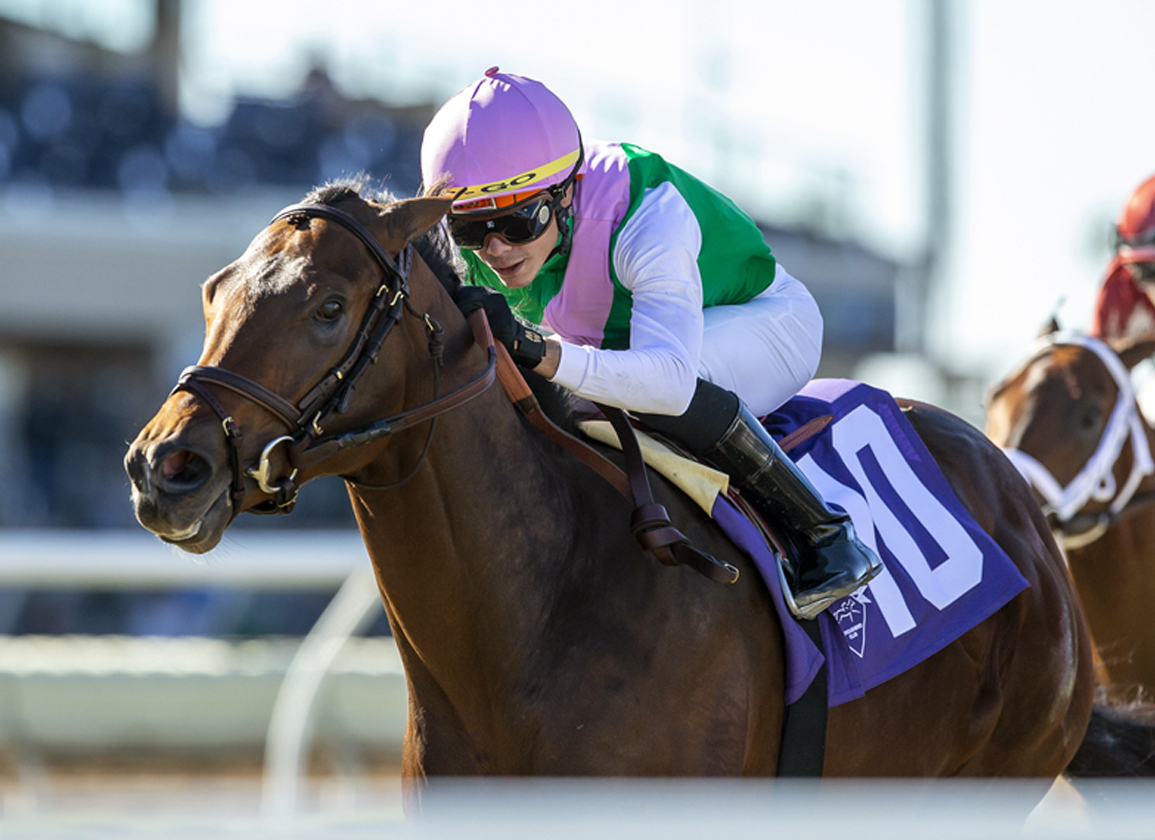 A small, but competitive field of six sophomore colts are set to line up Friday in Keeneland's GIII Transylvania S. Two-time Transylvania winner Chad Brown saddles a third of the field in Verbal (Flintshire {GB}) and Napoleonic War (War Front). Rallying to a decisive score in his Belmont unveiling Oct. 10, Juddmonte homebred Verbal closed strongly to take Del Mar's GIII Cecil B. Demille S. at Del Mar next out Nov. 28. He is the 2-1 morning-line favorite in this sophomore bow.

His stablemate Napoleonic War is the longest shot on the morning line at 15-1 after charging from well back to dead-heat for the win in his Tampa debut Jan. 21.

Mark Casse sends out a pair in here in Coinage (Tapit) and Credibility (Nyquist). Winner of the GIII With Anticipation S. last year, Coinage was third in the Kitten's Joy, but rebounded with a neck success in the Palm Beach S. in Hallandale Mar. 5. Third in the GII Bourbon S. last term, Credibility kicked off this season with an off-the-turf optional claimer win at Gulfstream Jan. 22, but could only manage sixth in the Palm Beach.

Rounding out the sextet is undefeated Sy Dog (Slumber {GB}), a dominant winner first out at Belmont Oct. 24, who rallied to victory in Aqueduct's Central Park S. next out Nov. 27.