Sheikh Hamdan's Daughter To Carry On At Shadwell 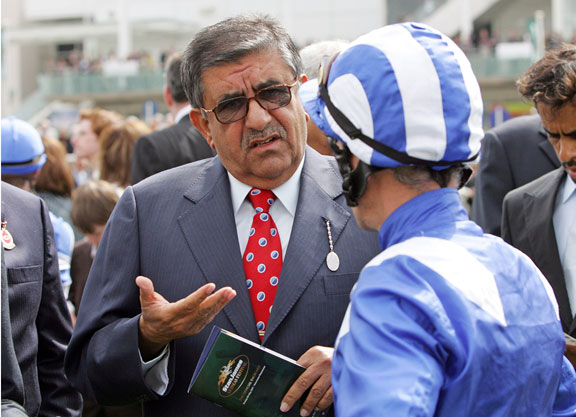 Sheikha Hissa Hamdan Al Maktoum, daughter of the late Sheikh Hamdan bin Rashid Al Maktoum, will continue her father's legacy at Shadwell Estate, with Angus Gold, Shadwell's longtime racing manager, telling Racing Post that Sheikha Hissa will take over as head of the powerful racing and breeding operation. The news comes on the heels of Monday's announcement that Shadwell Stud Director Richard Lancaster would step down.

“We've been communicating with Sheikha Hissa over the past couple of months since Sheikh Hamdan sadly died and I'm currently on my way back from a trip out to Dubai to meet her to discuss things in person,” Gold told Racing Post. “She confirmed to me that she and her family are very keen to honour Sheikh Hamdan's legacy and keep the whole thing going, which is fantastic. It's wonderful for his memory that she has the passion and her brothers are going to support her taking it forward and we'll do our best to do the same.”

Little is known about what the scale of Shadwell will be going forward, including whether Sheikha Hissa will combine the handful of runners she currently has in her own name under its banner, but Gold expressed that Sheikha Hissa shares her father's passion for the animal.

“Sheikh Hamdan used to involve Sheikha Hissa quite a bit,” he said. “She knows horses, loves horses and has horses of her own in Dubai. She enjoys the racing and has very much taken over his mantle since he died. Sheikh Hamdan had six children, of whom Sheikha Hissa is going to be the spokesperson on the horse front.”