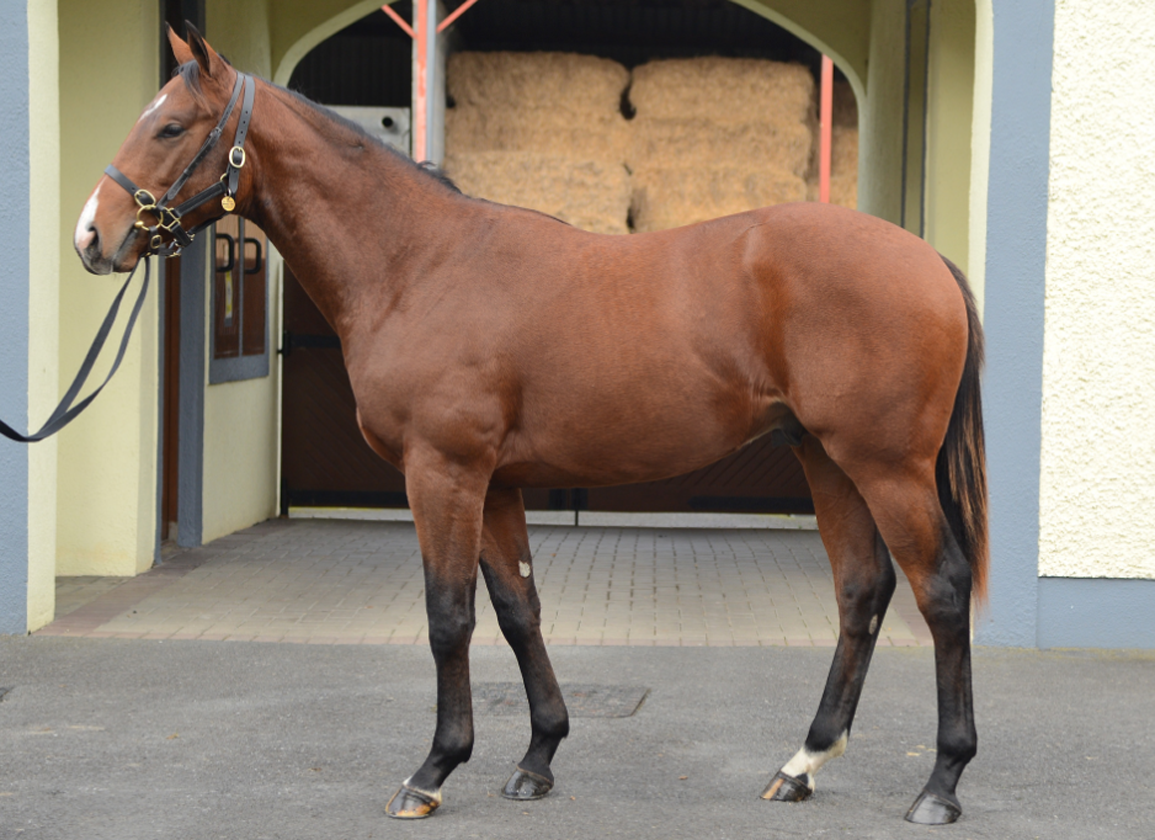 Demand remained strong on the second day of the Goffs Autumn Yearling Sale and Shadwell Estate's Derrinstown Stud continued to sit firmly atop the leading consignor standings. Three of the top four lots on Wednesday and eight of the top 10 lots over the two days were ultimately offered by Derrinstown. Overall, all 26 yearlings offered by the stud sold for a gross of €1,491,000.

Leading the way on the second day of the sale was lot 534, a son of Invincible Spirit (Ire) out of the Arcano (Ire) mare Tamadhor (Ire), who had placed twice at the listed level in England and ran fourth in the G3 Desmond S. From the extended family of G2 Cherry Hinton S. winner Memory (Ire) (Danehill Dancer {Ire}), herself the dam of group winners Call To Mind (GB) (Galileo {Ire}), Learn By Heart (GB) (Frankel {GB}) and Recorder (GB) (Galileo {Ire}), the Shadwell Estate-bred was knocked down to BBA Ireland/Yulong Investments for €92,000.

Rounding out the Derrinstown-consigned and Shadwell Estate-bred trio was a filly by Awtaad (Ire) out of Zaakhir (Ire) (lot 592) who caught the eye of Joe Foley at €78,000. Out of a winning Raven's Pass half-sister to G3 Ballycorus S. winner Convergence (Ire) (Cape Cross {Ire}), the brown filly is from the same family as Group 1 winners Matterhorn (Ire) (Raven's Pass) and Ribchester (Ire) (Iffraaj {GB}).

Interrupting the Shadwell domination was lot 653, a filly by reverse shuttle stallion Starspangledbanner (Aus), who was purchased by Kevin Ross Bloodstock for €80,000. Bred by Kevin J. Molloy, consigned by Ballybin Stud and produced by the unraced Callisto Star (Ire) (Fastnet Rock {Aus}), the May foal is a sister to the placed Rhea Moon (Ire) (Starspangledbanner {Aus}). Her second dam, the three-time winner Livia Galilei (Ire) (Galileo {Ire}) is a full-sister to Eye of the Storm (Ire) (Galileo {Ire}) and a half to dual Group 3 winner Satchem (Ire) (Inchinor {GB}), and the stakes-winning and group-placed Mohican Heights (Ire) (Australia {GB}).

Goffs Group Chief Executive Henry Beeby said, “The 2021 yearling sales season has certainly rebounded in some style as highlighted by the massive gains recorded at our Orby and Sportsman's Sales a few weeks ago. However I don't think anyone could have predicted the strength, buoyancy and gains of the last two days.

Of course, the highlight has been the one-off draft from Derrinstown which accounted for 24% of takings and we feel privileged to have handled these classy yearlings from the estate of the late Sheikh Hamdan who was such a wonderful and respected supporter of our sales. His consignment would have graced any catalogue and naturally dominated the leader board with eight of the Top 10 prices.

However even without the Derrinstown stars the Autumn Sale has been a cracker with a stunning 92% clearance rate and statistics that comfortably surpassed all recent renewals of this sale to underline the vibrancy of the Goffs yearling season. Take them away and the two days still enjoyed a 76% rise in average and a 320% leap in turnover to clearly illustrate the strength throughout.

The demand we enjoyed has been driven by a truly international buying bench with a flood of overseas buyers headed by a 50 plus strong group from Eastern Europe and significant parties from Scandinavia, Germany and Italy taking on spirited bidders from the UK and Ireland, all of whom were attracted to Kildare Paddocks by our passionate Purchaser Attraction Team led by Joey Cullen, working in tandem with our network of international agents and the team at Irish Thoroughbred Marketing; how lucky we are to have the assistance of the latter group as they provide an invaluable and unique service to those who choose to sell in Ireland.

As the sale closes we can reflect on vibrant, strong and extremely positive renewals of all three parts of the Irish National Yearling Sale, each of which graphically made our case for us that Irish breeders can sell, and sell extremely well, to the world at Goffs.”