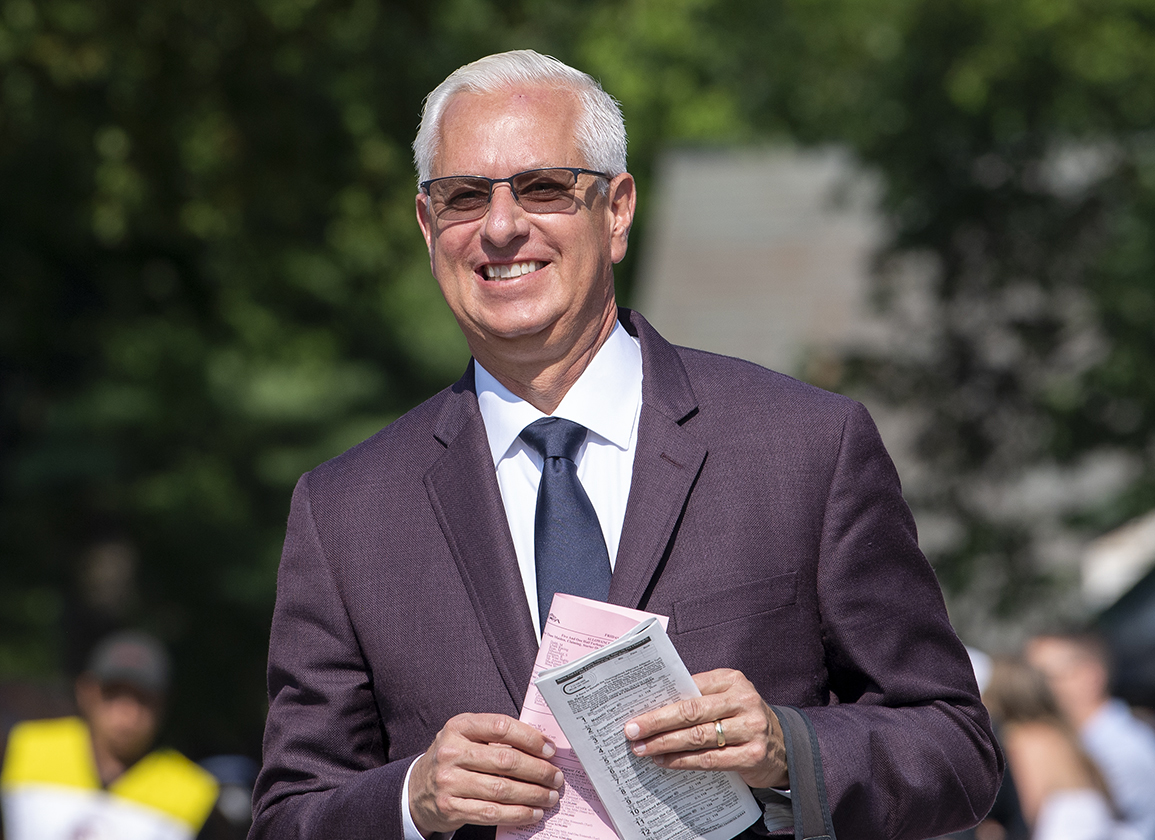 Godolphin's Maxfield (Street Sense) covered a half-mile on the main track in :49.55 (35/50) with an eye towards next Saturday's GII Woodward S.

“It was a very good work,” said trainer Brendan Walsh. “We just wanted to give him a feel for the track. He did all of his serious work in Saratoga. It was just a routine half-mile. He galloped out really well. We're all set for the Woodward.”

A winner of his first five starts, including the GI Claiborne Breeders' Futurity as a juvenile in 2019, Maxfield annexed the GII Alysheba S. and GII Stephen Foster S. at Churchill this year before finishing second in the GI Whitney S. at Saratoga Aug. 7.

Hall of Fame trainer Todd Pletcher sent out a bevy of breezers, including 2-year-old 'TDN Rising Stars' Wit (Practical Joke) and My Prankster (Into Mischief), who will contest next Saturday's GI Champagne S. The pair worked on the training track in 1:01.84 (3/22), breaking off in :25.25 and getting three furlongs in :37.25.

“It was a good solid work for them both,” said Pletcher, who eyes his seventh Champagne conquest. “They're pointing for the same race, so I thought it made sense to work them together. They make good workmates, they were head-and-head throughout.”

Pletcher also sent out top sophomore filly and 'Rising Star' Malathaat (Curlin) to work alongside 4-year-old 'Rising Star' Spice is Nice (Curlin). They were clocked in :49.46 (32/81) over the training track. The former, winner of the GI Ashland S., GI Kentucky Oaks and GI Alabama S., will train up to the GI Breeders' Cup Distaff. Spice is Nice, meanwhile, will contest the Oct. 10 GII Beldame S.

“Everything has gone according to plan with Malathaat,” Pletcher said. “This was her second half-mile breeze since the Alabama and we'll go five eighths next week and start to pick things up a bit. There's quite a bit of time in between races, so hopefully we'll have her ready.”

'Rising Star' Following Sea (Runhappy), most recently third behind Jackie's Warrior (Maclean's Music) and Life Is Good (Into Mischief) in the GI H. Allen Jerkens Memorial S., will take on older rivals in the Oct. 9 GI Vosburgh S. He worked a half on the training track in :49.23 (25/81).

“He went well,” Pletcher said. “He seemed to run really well in his allowance win here at Belmont, so that's part of the reason why we chose the Vosburgh.”

“She's been very impressive in both starts, so I think we have to consider open company,” Pletcher said. “The Maid of the Mist comes [one week] before the Breeders' Cup so we'll target that race. But if she's doing so well that we can't resist, we'll talk about it.”