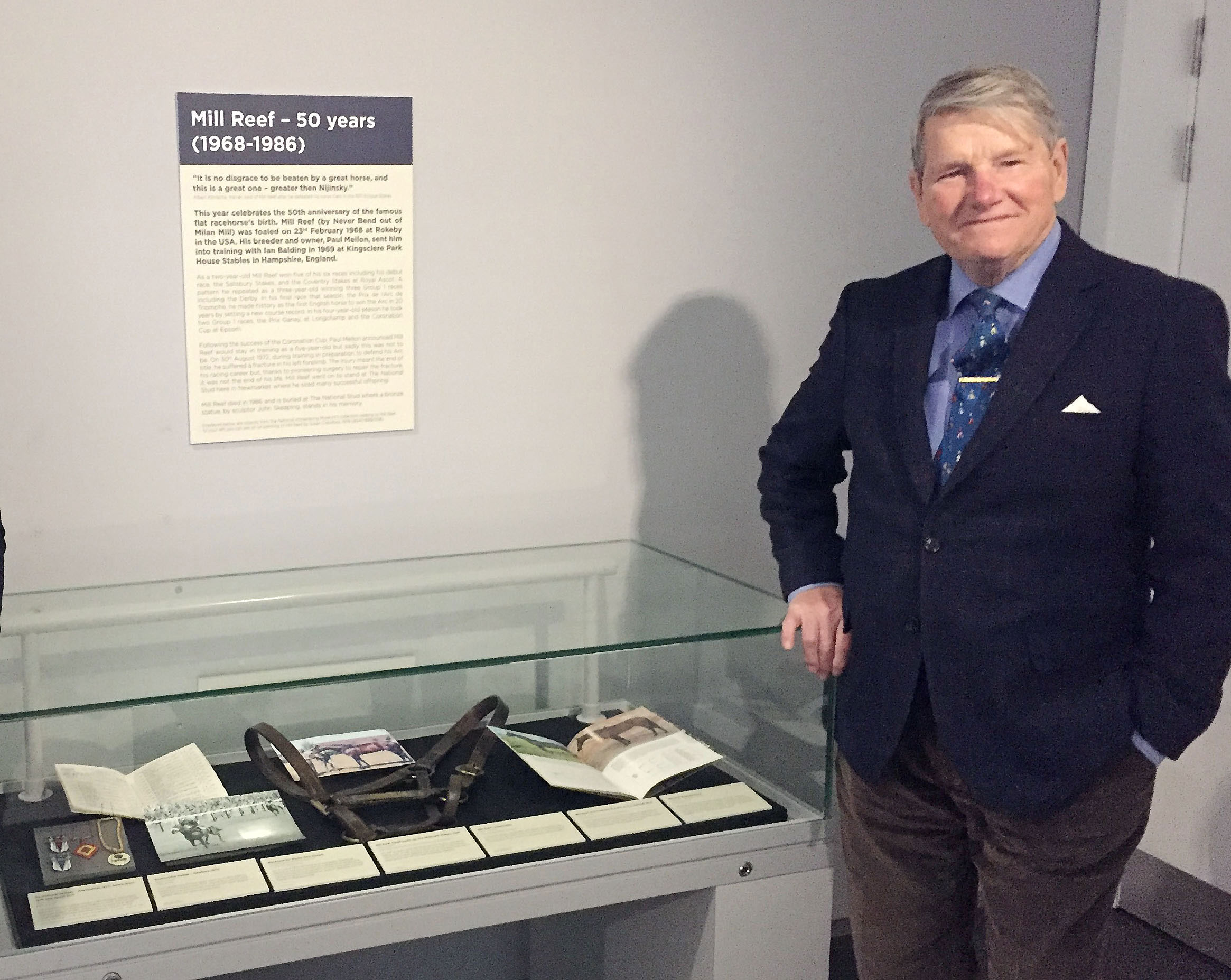 Visitors to the National Stud can't fail to notice John Skeaping's commemorative bronze of Mill Reef, who spent his entire stud career in Newmarket and is buried at the farm.

Only those of a particularly stoic nature wouldn't be moved to tears by the words on the plinth of the lifesize statue, written by Mill Reef's owner-breeder Paul Mellon as part of his Gimcrack Speech given in 1970. They read as follows:

Swift as a bird I flew down many a course.

In victory or defeat I played my part.

Remember me, all men who love the Horse,

If hearts and spirits flag in after days;

To watch a replay of Mill Reef's Gimcrack win is to understand at once why Mellon reached for the flight analogy. The only movements made by jockey Geoff Lewis are two exaggerated glances over each shoulder, first right, then left, to ensure that no rival is closing in on Mill Reef, still barely out of a canter as he crossed the line some 10 lengths ahead of subsequent champion sprinter Green God.

Fifty years to the day after Mill Reef–a son of Never Bend and the Princequillo mare Milan Mill, was born at Mellon's Rokeby Stables in Virginia on Feb. 23, 1968–his trainer Ian Balding was in Newmarket to mark the opening of a temporary display at the National Heritage Centre for Horseracing & Sporting Art at Palace House.

Not quite 30 by the time Mill Reef was born and only five years into his tenure at Park House Stables when the yearling colt was assigned to his yard at Kingsclere, Balding can be forgiven for shedding a few tears himself while reminiscing about the horse who would define a training career that included such luminaries as Selkirk, Lochsong (GB), Tagula (Ire), and Mill Reef's sons Glint Of Gold and Diamond Shoals.

“Right from the start he had the most wonderful temperament and was an absolute delight to have on the place. I can't remember a Thoroughbred colt being so gentle and sensible,” said Balding on Friday.

“The first time we cantered around our field, this was probably in January, I said to John Hallum, who was leading the group of 2-year-olds on Mill Reef, to let him go half a stride faster up the hill. Suddenly Mill Reef was 20 lengths ahead of the others. I gave John a bollocking when he came in and he said, 'Guv'nor I promise you I was only cantering.' I thought then that we had something pretty special.”

A juvenile season which included not only the Gimcrack success but victories in the Coventry S. and Dewhurst S., was followed by even more spectacular exploits at three. In 1971, Mill Reef won the Derby, King George VI & Queen Elizabeth S., Eclipse S. and Prix de l'Arc de Triomphe after finishing runner-up to Brigadier Gerard (GB) in the 2000 Guineas–the second and final time he would ever be beaten.

Of that Classic season, Balding reflected, “There was no way he'd have beaten Brigadier Gerard over a mile–he was the best miler I've ever seen–but once Mill Reef went farther than that, it was a different story. The farther he went, the better he went.

“The Arc was the most exciting day of my life, I think. He was the first English-trained horse to have won it for God knows how long [since 1948] and it was the most wonderful occasion. There were so many English people there on the day who had come to support him, all in black and gold colours, and it was just one of those very special days.”

The final race of that season for Mill Reef, there were days to savour the following year: another facile victory, back in France for the Prix Ganay, followed by a return to Epsom for the Coronation Cup which he won, but this time only narrowly.

“He picked up a virus infection in France and I never should have run him in the Coronation Cup,” Balding said. “He just won it by a neck, but that was the beginning of the end really, as he never properly recovered and then sadly he broke a leg in August as we were preparing him for the Arc.”

The fractures to a cannon bone and two sesamoid bones required pioneering surgery by Professor James Roberts on site at Kingsclere as Mill Reef was operated on for seven hours and then spent his recovery in a former chapel which is today used as the racing colours room. Once fully healed, Mill Reef left Hampshire for good to take up stud duties at the National Stud, where he covered just 23 mares in his first season in 1973.

His second crop included the 1978 Derby winner Shirley Heights, himself the sire of Prix du Jockey Club winner Darshaan (GB) and Slip Anchor (GB), who triumphed at Epsom in 1985, making history by becoming a third-generation winner of the Derby. Two years later came the second of Mill Reef's Derby winners, Reference Point (GB). The champion sire in 1978 and 1987 and champion broodmare sire in 1995, Mill Reef's male line has just one representative remaining in at stud in Britain – the 2006 Derby winner, Sir Percy (GB). In Germany, his line lives on through Lord Of England (Ger), a son of the former Balding trainee Dashing Blade (GB), while two sons of Dalakhani (Ire)–Conduit (Ire) and Reliable Man (GB)–are at stud in Ireland and France, respectively.

“We had a farewell party for him at Kingsclere and about 100 people from the village came to say goodbye. It was a very sad occasion for us to see him depart for the National Stud,” Balding recalled.

A replica of the Skeaping bronze can be found at Kingsclere, where Mill Reef rightly has a yard named in his memory.

“It's such a likeness of the horse, I can't believe it,” added Balding, whose son Andrew now trains from the same stable. “I have a walk around there most days, as it's in the middle of our Mill Reef yard.”

Famed for his balance and good action which helped him cope with very soft ground at York for his Gimcrack win, Mill Reef was sent for a racecourse gallop prior to the Arc in similar conditions. The colt was reported to have left barely an indentation where he worked in the mud. In a recollection of that gallop in Lord Oaksey's superb book called simply Mill Reef and published in 1974, Balding is said to have remarked, “It was as though a ghost had galloped by.”

All these years later, Mill Reef's trainer is unchanged in that opinion. As a tear rolled down his cheek, he said, “Anyone who saw him race would agree with me that he was quite unbelievable to watch. He was just sensational.”