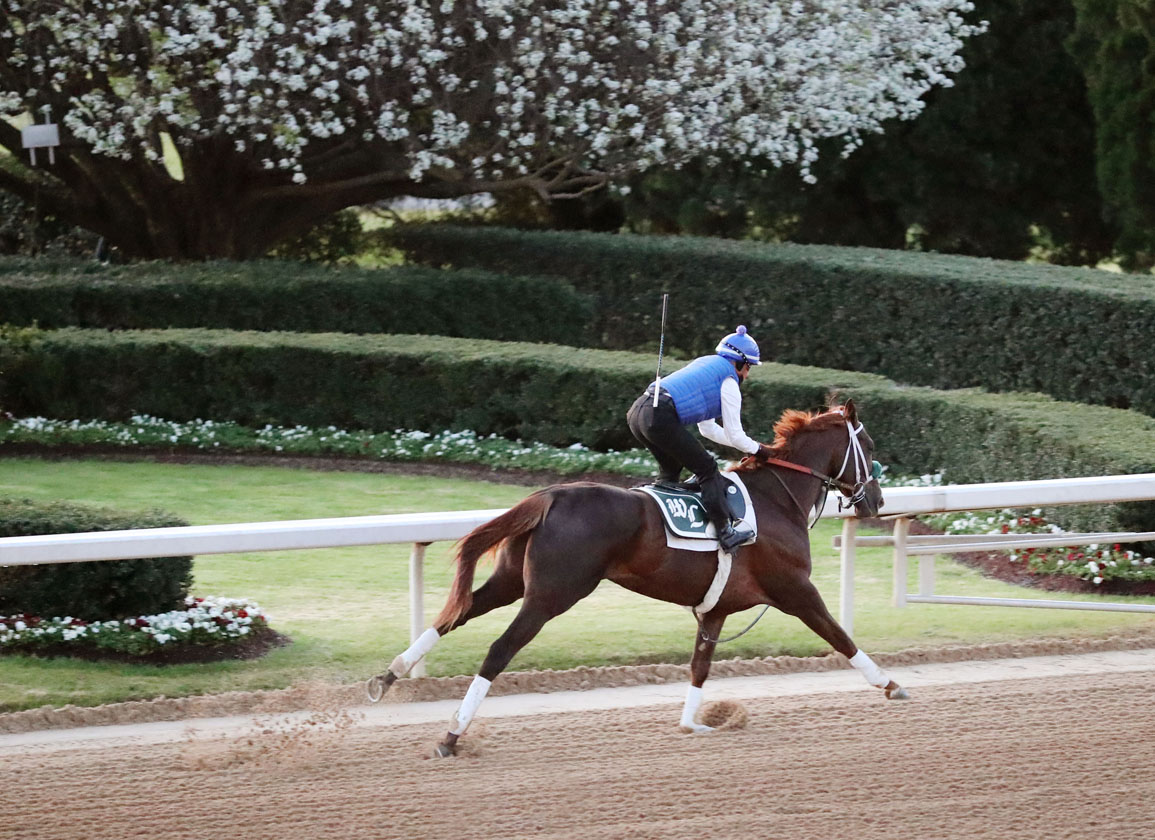 Briland Farm's Secret Oath (Arrogate) had her final major work Friday ahead of an upcoming start in the Apr. 2 GI Arkansas Derby at Oaklawn. Sent out Friday morning by Hall of Famer D. Wayne Lukas just after the track opened, the chestnut worked by herself from the five-furlong pole to the regular finish line, covering the distance in 1:01 under her regular pilot, Luis Contreras. According to the Oaklawn clockers, the homebred posted internal splits of :12.20 for an opening eighth and :37.60 for three furlongs before galloping out six panels in 1:15.

“It went exactly as a planned,” said Lukas. “We said, 'go 1:01, just let her catch her stride and take a couple of deep breathes.' Actually, it was so easy on her that I wonder if I should have done a little more.”

Added Contreras, “She breezed really good–five-eighths in 1:01. That's what the Coach wanted.”

Secret Oath was among nine probables listed Friday morning by the Oaklawn racing department. Other horses pointing for the Arkansas Derby are Barber Road, Ben Diesel, Call Me Jamal, Chasing Time, Cyberknife, Doppelganger, Un Ojo and We the People.