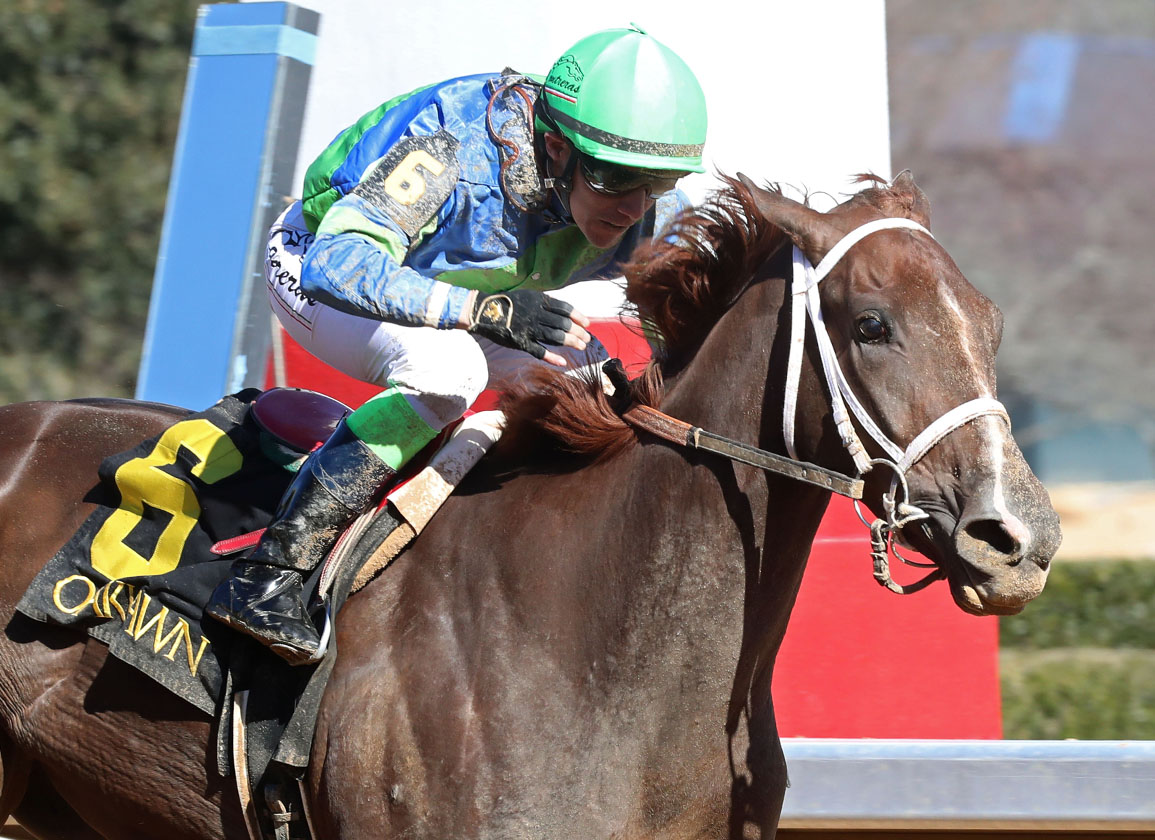 “We don't make these decisions, meaning the owners and myself, we don't make these decisions easily,” Lukas said. “We consider all the things. First of all, you want to absolutely think that you are as good as any of the other 3-year-olds that might show up and you don't really know who is going to show up. And then second, you consider that she's here at home. If you're going to step out of the box, that's probably a good spot to do it. She's been successful on this racetrack. The third thing is a $1.25 million is probably the most attractive purse she'll ever run for. I was thinking the other day that it will be hard to imagine she's going to run for a bigger one, expect in the Breeders' Cup. So, we factored that in.”

Following the Arkansas Derby, the plan for Secret Oath would still likely be a start back against her own sex in the GI Kentucky Oaks May 6 at Churchill Downs.

“I've got the Oaks, anyhow,” Lukas said. “That's where I'm going. We have no plan to run in the Derby now. That's not chiseled in stone, either, but that's the way the Mitchells feel. They don't want to run in a 20-horse field. They feel like the Oaks is every bit as prestigious.”

In other news from the sophomore division at Oaklawn Park, We The People (Constitution), tabbed a 'TDN Rising Star' following his allowance win in Arkansas Saturday, will now be aimed at a Kentucky Derby prep race, according to trainer Rodolphe Brisset.

“That was the whole plan, be able to gain some seasoning, some experience,” Brisset said. “He broke maybe a step slower than last time and then he didn't make the lead. But Flo [Geroux] got him into the race pretty good and let him do his thing. He didn't use the whip, got him to work through the wire and even an extra sixteenth. Now, we're going to see how he came out of it this morning and the next couple of days we'll have to make some plans, I guess.”

Among the possible targets for We The People are the Arkansas Derby and Blue Grass, but Brisset didn't rule out the Apr. 9 GI Santa Anita Derby or GII Wood Memorial.

All four 1 1/8-mile races will offer 170 points (100-40-20-10) to their top four finishers toward starting eligibility for the May 7 Kentucky Derby. We the People likely would need a top two finish to secure a spot in the Kentucky Derby, which is limited to 20 starters.

“Oaklawn's right in the middle, so we can go left or we can go right,” Brisset said. “But I think we're going to let the horse tell us. Three weeks to the Arkansas Derby can be a little tricky, but after that we've got five weeks for the big one if he does run 1-2. The four weeks, four weeks is not a bad thing, either, for the Blue Grass. Now, we have to ship him back home. He knows the track there.”