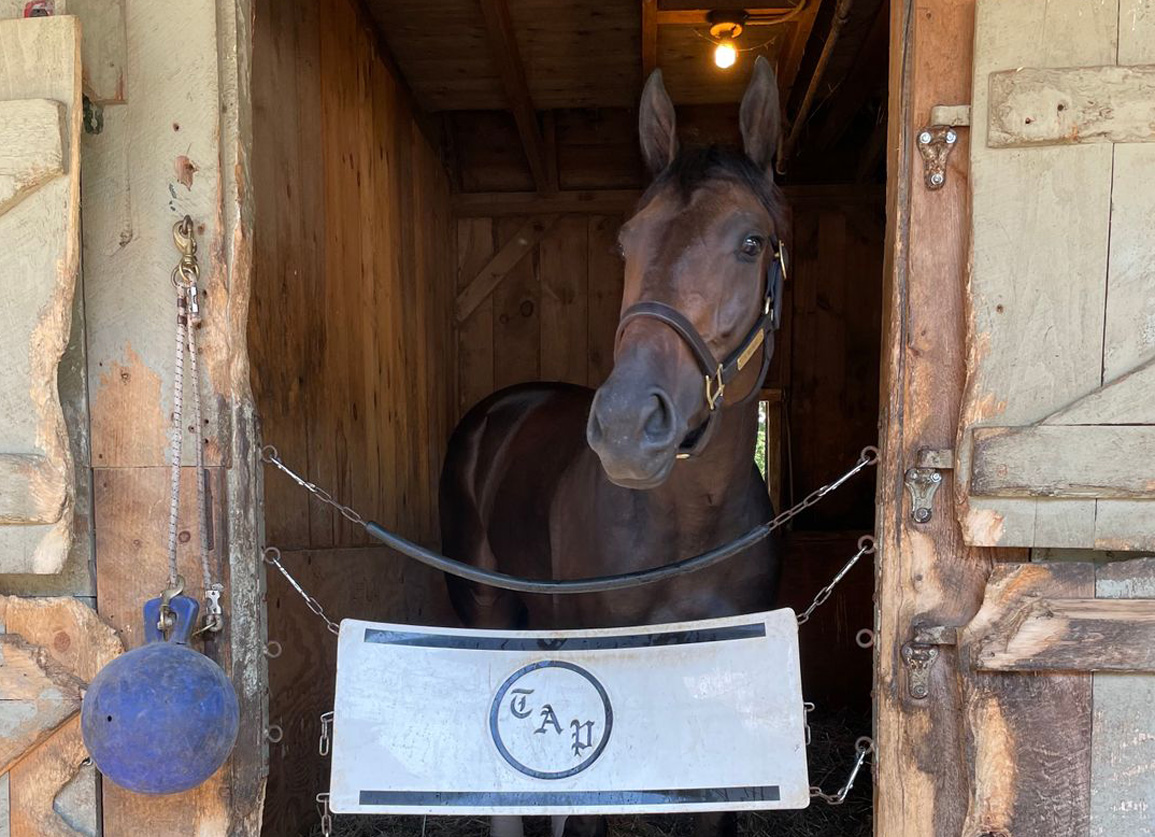 After storming home with an eye-catching rally to finish a close third on debut at Saratoga, A Mo Reay (f, 2, Uncle Mo–Margaret Reay, by Pioneerof the Nile) will get her shot at the big leagues in Sunday's 'Win and You're In' GI Frizette S. at Belmont Park.

The My Racehorse Stable and Spendthrift Farm LLC colorbearer, off at 6-1 in her six-furlong unveiling for Todd Pletcher Aug. 29 (video), was under a ride and outsprinted in ninth through an opening quarter in :22.46. She finally started to get into the race nearing the quarter pole, but really had her work cut out for her as she was guided eight wide by Luis Saez at the top of the stretch.

The dark bay responded beautifully out in the clear while racing on her left lead down the center of the course, and, after finally switching over in deep stretch, came rocketing home in a field-best :12.60 to finish within a half-length of the highly regarded Gerrymander (Into Mischief). A Mo Reay earned a 71 Beyer Speed Figure for the effort.

“It took her about three quarters of the race to figure out what the heck was going on. She took a lot of dirt. When the light bulb finally went on, it was really exciting to see her fly down the lane and finish up and just miss that score there.”

A Mo Reay has breezed three times since her debut at Pletcher's Saratoga base, including a four-furlong move in :49.51 (14/35) Sept. 26. She will stretch out to a one-turn mile for the Frizette.

“It's definitely a big jump up in class with a heavy and deserving favorite [Echo Zulu] in the race,” Mishak said. “All of us viewed it as a winning effort, considering how that first race unfolded and the way she finished up. Really, though, the determining factor was listening to Todd's confidence in the filly. He's been really complimentary of her progression since the summer and anytime you have Todd in your corner saying, 'I think we should give it a shot,' you certainly have to give it strong consideration.

He continued, “And at the end of the day, she's got more training under her belt now, gets the added distance, and there should be a fair amount of pace in there. With her running style, she can come flying down the lane again and hopefully that's good enough.”

Bred by T & G Farm of Kentucky LLC, A Mo Reay brought $400,000 as a Keeneland September yearling. She was produced by grassy GIII Miss Grillo S. runner-up Margaret Reay, a half-sister to SW Lezendary (Zensational). This is also the female family of GISW Wonder Lady Anne L (Real Quiet). A Mo Reay is bred similar to Uncle Mo's GISW and promising young stallion Outwork, who is out of an Empire Maker mare.

This story was posted in Shared News and tagged "Win and You're In", A Mo Reay, GI Frizette S., My Racehorse, Second Chances, Spendthrift Farm, Todd Pletcher, Uncle Mo.