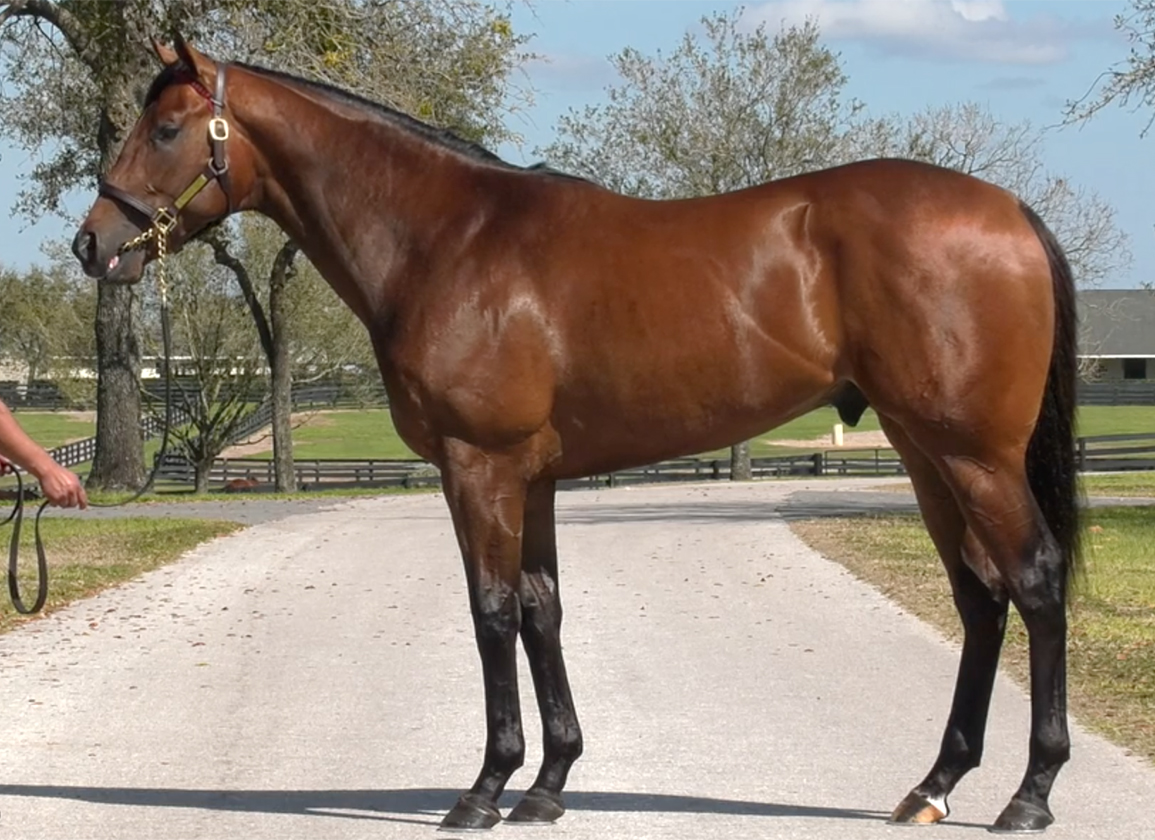 Off at 24-1 in his unveiling for the patient Ron Ellis barn, War At Sea chased from an inside fifth as Corniche threw it down through an opening quarter in :21.72 in a stretched-out field of 10. With the subsequent unbeaten GI American Pharoah S. winner in a race of his own turning for home and on his way to 'TDN Rising Stardom,' War At Sea continued on down the lane to pick up the show slot, eight lengths adrift the $1.5-million OBS April topper. War At Sea earned a very solid 78 Beyer Speed Figure for the effort.

“Obviously, the horse that beat him is one of the top 2-year-olds in the country and might even be favored in the Breeders' Cup, so he got beat by a good one,” Ellis said.

“I was very impressed with the way he ran. He had trained like he's a really good horse and I think the more distance, the better for him. He's not really a sprinter and I knew that first time out, but he showed a little bit more than I thought he would at 5 1/2 [furlongs].”

War At Sea has breezed five times since his debut, including a four-furlong drill in :47 4/5 (9/46) in Arcadia Oct. 11. He's listed at odds of 4-1 on the morning-line while facing nine rivals going a mile at Santa Anita Friday.

“Because I wasn't expecting much from him as a sprinter, I didn't wind him up real tight for that first start,” Ellis said. “We've tightened the screws just a little bit–I got him geared to improve with each race. We've got long-term goals with him. He probably was only 85% first out and he's probably at 90% now. After this race, he should be at a 100%. Just trying to have him get a little better with each race.”

Produced by a stakes-winning daughter of the brilliant Serena's Song (Rahy), War At Sea, bred in Kentucky by Lewis Thoroughbred Breeding, brought $525,000 from Doubledown Stables, Inc. after powering through an eighth in :10 from the Eddie Woods consignment at OBS March earlier this year. This is the female family of Grade/Group 1 winners Sophisticat (Storm Cat), Honor Code (A.P. Indy), et al. The War Front/Street Cry cross is also responsible for MGSW War Decree.

“I was very surprised that a horse of his size and pedigree to go farther could do that [go in :10 flat],” Ellis said. “I loved him at the sale.”

“The War Front colt was very backward as a yearling,” Woods said earlier this spring. “They didn't feel like he was going to bring what he should [as a yearling], so we were very lucky to get him from Mr. Lewis. He's trained beautifully all year. He's gotten better and better as we've gone along. We've always thought he was a serious horse.”