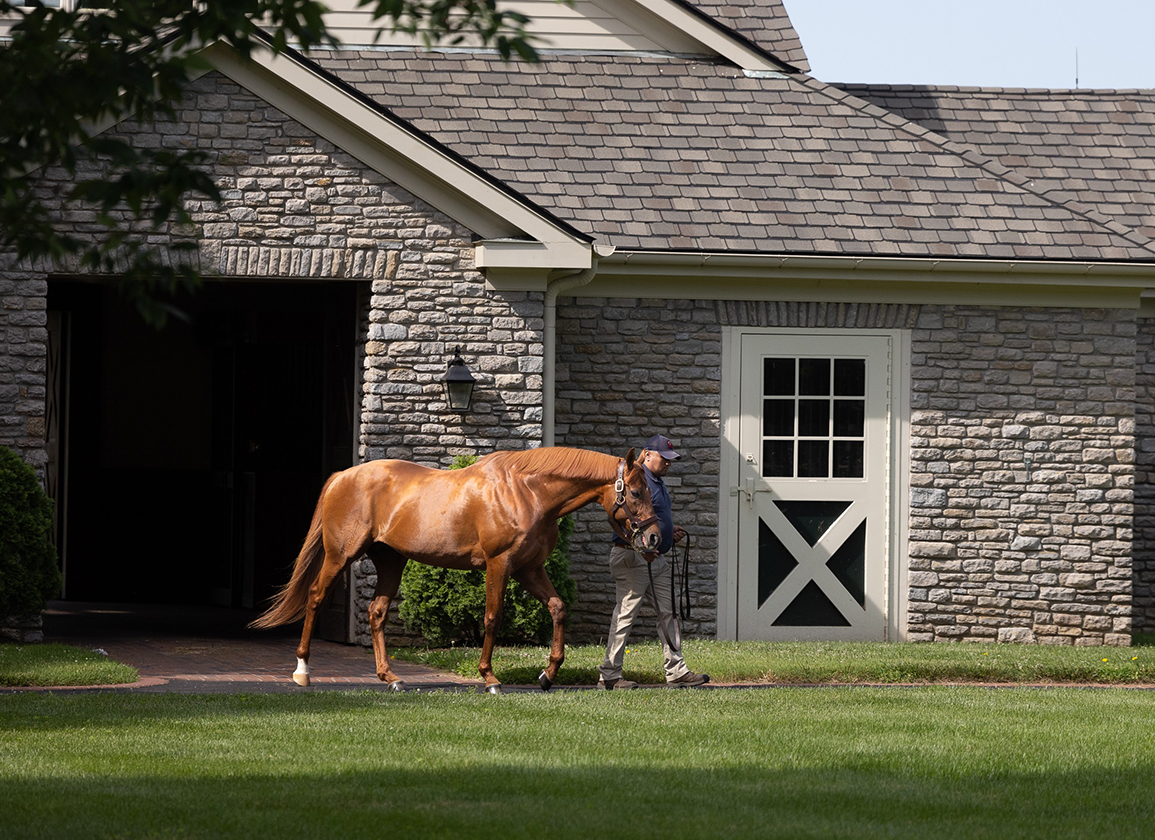 Disarm (c, 2, Gun Runner–Easy Tap, by Tapit) turned it on nicely in the stretch to report home an encouraging third on debut at Churchill Downs June 19.

The chestnut's worktab, dating back to late March, was led by a four-furlong bullet in :46 4/5 (1/28) at Hall of Famer Steve Asmussen's Louisville base June 6.

Outfooted early and under a ride in eighth through an opening quarter in :22.82, the 5-2 second-choice began to gain some momentum approaching quarter pole and was guided out five wide at the top of the stretch.

Receiving a steady dose of left-handers from Tyler Gaffalione down the lane, Disarm began to roll down the center despite attempting to get in. Nearly running on heels late, he was wrapped up approaching the shadow of the wire to finish two lengths adrift favored firster and $325,000 OBS April graduate Mo Strike (Uncle Mo) in the 5 1/2-furlong affair.

Disarm, a homebred for Winchell Thoroughbreds LLC, earned a 66 Beyer Speed Figure for the effort.

“Going into the race, it was kinda like one of those, 'We like him at 5 1/2 [furlongs], but we'd love him at a mile' kind of things,” said David Fiske, longtime advisor to the Winchell family.

“He didn't get the typical 'Laredo leap' leaving the gate. The way Steve [Asmussen]'s father schools those 2-year-olds down there, they tend to break pretty alertly and he was a little flat-footed that day. He was still running at the end and that probably wasn't his optimum distance.”

Disarm's dam Easy Tap–a $300,000 Fasig-Tipton Kentucky yearling purchase–won one of five starts for the Winchells and Asmussen. The 12-year-old has produced Tap Daddy (Scat Daddy), a winner of Pimlico's James W. Murphy S. and runner-up in the GIII Dixiana Bourbon S. for these same connections. He was also a champion stayer in Venezuela after being sold privately. Easy Tap is also responsible for the multiple stakes-placed Total Tap (Candy Ride {Arg}) and a Gun Runner colt of this year.

As for Disarm, Fiske concluded, “He's a great-looking horse. Steve [Asmussen] was taking him out during Derby week and showing him off to press guys. He thought this was the best-looking horse he had in the barn, so he paraded him around. He likes him quite a bit. I think he's got plenty of talent.”