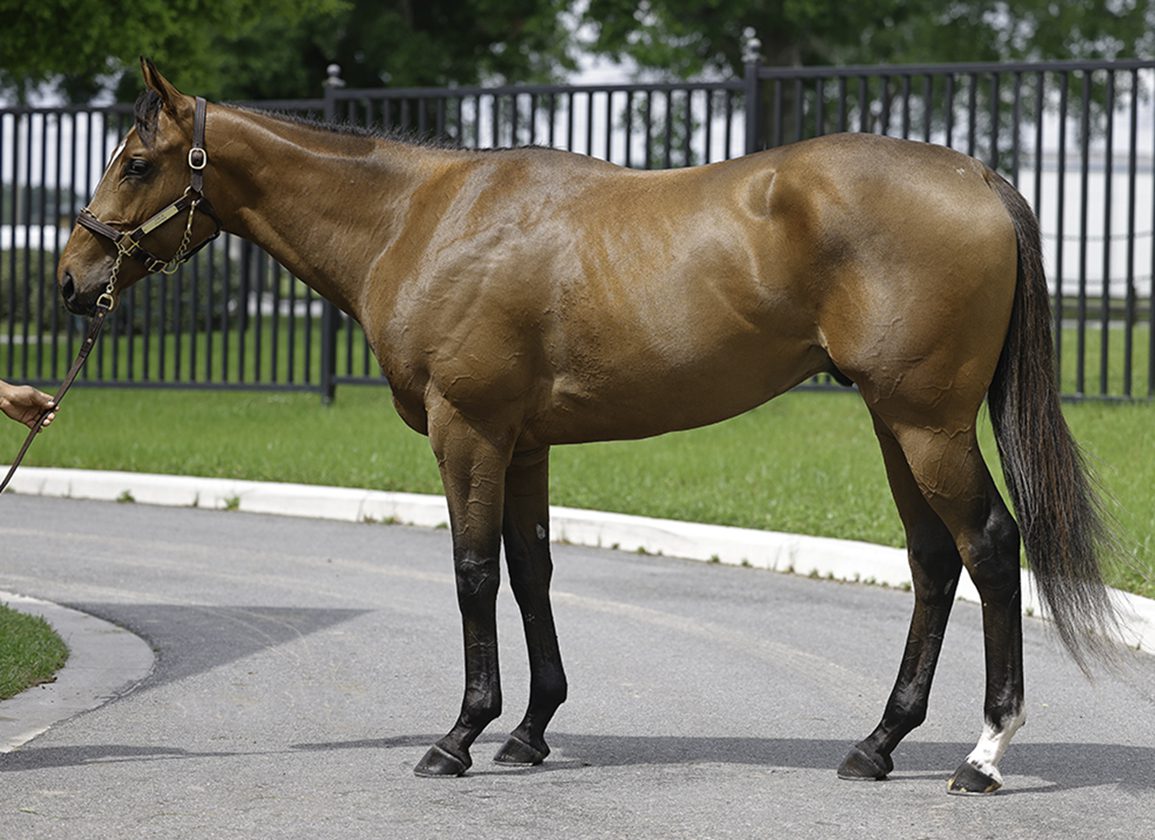 A week before unveiling Justique (Justify) to a jaw-dropping 'TDN Rising Star' performance at Del Mar–more on her in a bit–Lee Searing's C R K Stable and John Shirreffs debuted another 2-year-old with plenty of upside at the seaside track.

Dismissed at 36-1 for his notoriously patient connections, Skinner was devoid of any early speed after bumping with a rival and trailed the field in 10th through an opening quarter in :22.29. Kept out in the clear by Abel Cedillo, the bay began to launch his bid from another zip code on the far turn, swung into the stretch about five wide and came home in a field-best :10.95 while finishing seven lengths adrift next-out GIII Best Pal S. winner Havnameltdown (Uncaptured). The runner-up that day Mister Iceman (Girvin) was a game next-out maiden winner at Del Mar as well.

Bred in Kentucky by Stonestreet Thoroughbred Holdings, Skinner is out of 2012 GIII Rancho Bernardo H. winner Winding Way. The full-sister to MGSW & GISP Kauai Katie brought $82,000 from Solis/Litt in foal to Maclean's Music at the 2021 KEENOV sale.

“The first race was just supposed to be a learning experience,” Searing said. “It was so short of a race, and Skinner, being by Curlin, is not a dead sprinter. He's never gonna be. So, he ran a lights-out race. Another half of a furlong, he's a winner. I think John will decide very shortly if we're gonna wait for a maiden race again or if he takes on the big race at the end of the meeting [GI Runhappy Del Mar Futurity Sept. 11].”

Searing, the CEO of Searing Industries–a family-run business with more than 200 employees specializing in manufacturing steel-tubing products–named Skinner after one of his longtime employees, Don Skinner.

“Don is one of our oldest sales people dating all the way back to my father in the mid-1950s,” Searing said. “He got so excited when I told him. If we get into a big race, he wants to come. Sometimes it doesn't turn out, but so far, so good.”

Searing added, “This is a really nice horse.”

The same can certainly be said about Searing's aforementioned $725,000 KEESEP buy Justique, who looked like a potential star in the making with a sensational last-to-first debut win at Del Mar July 24.

“I don't think she touched the ground the whole race,” Searing said. “That was impressive and everybody saw it. She's doing well today. This one, I do believe 100% the plan is to run her at the end of the meeting [in the GI TVG Del Mar Debutante Sept. 10]. She'll enjoy the added distance and she definitely can stand as much competition as they throw at her.”