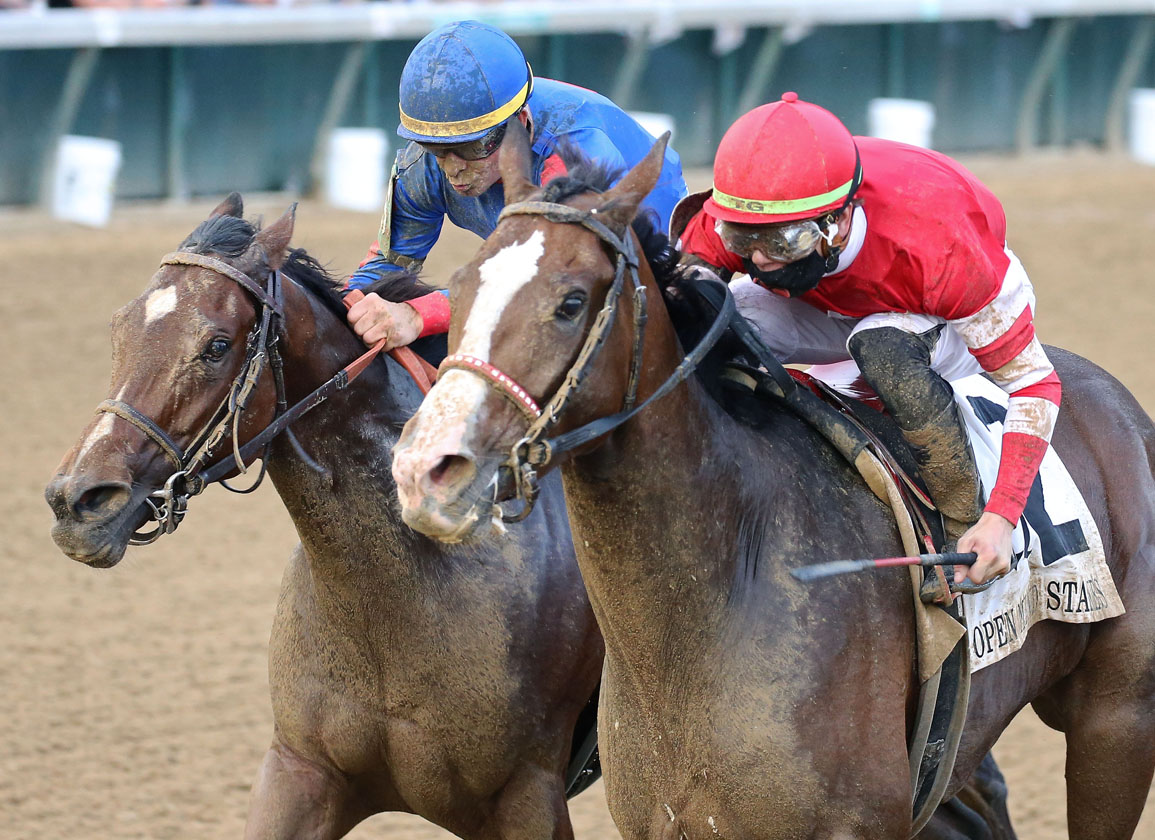 Lloyd Madison Farms IV LLC's homebred filly Sconsin (Include) is on track for a second straight appearance in the GI Breeders' Cup Filly & Mare Sprint following her tough, half-length defeat of Bell's the One (Majesticperfection) in Saturday's Open Mind S. on the Downs After Dark program at Churchill.

A pace-compromised fourth, just a half-length behind Bell's the One, in last year's Filly & Mare Sprint at Keeneland, Sconsin was winning for the second time in six starts this term, having taken the course-and-distance GIII Winning Colors S. by 3 1/4 lengths in May. Runner-up to Bell's the One as the favorite in the June 19 Roxelana S. beneath the Twin Spires, Sconsin was exiting a fourth to 'TDN Rising Star' and divisional leader Gamine (Into Mischief) in the GI Ballerina H. at Saratoga Aug. 28. Sconsin was second to Gamine in the GI Derby City Distaff on Kentucky Derby day May 1.

“She's just a classy filly,” trainer Greg Foley told the Churchill notes team. “[Trainer] Neil's [Pessin's] mare is a really solid horse and they really battled last night. You get a little worried when the field is short about what the pace will be. They went quick last night and that helped us. In her two starts this year against Gamine they went almost two seconds slower for the opening quarter-mile.”

About 30 of Foley's friends and family were in the winner's circle Saturday night, but his son Travis was occupied with a bachelor party ahead of his Oct. 2 wedding.

“We would've loved to be there but we definitely had a good celebration after she won,” Travis Foley said.