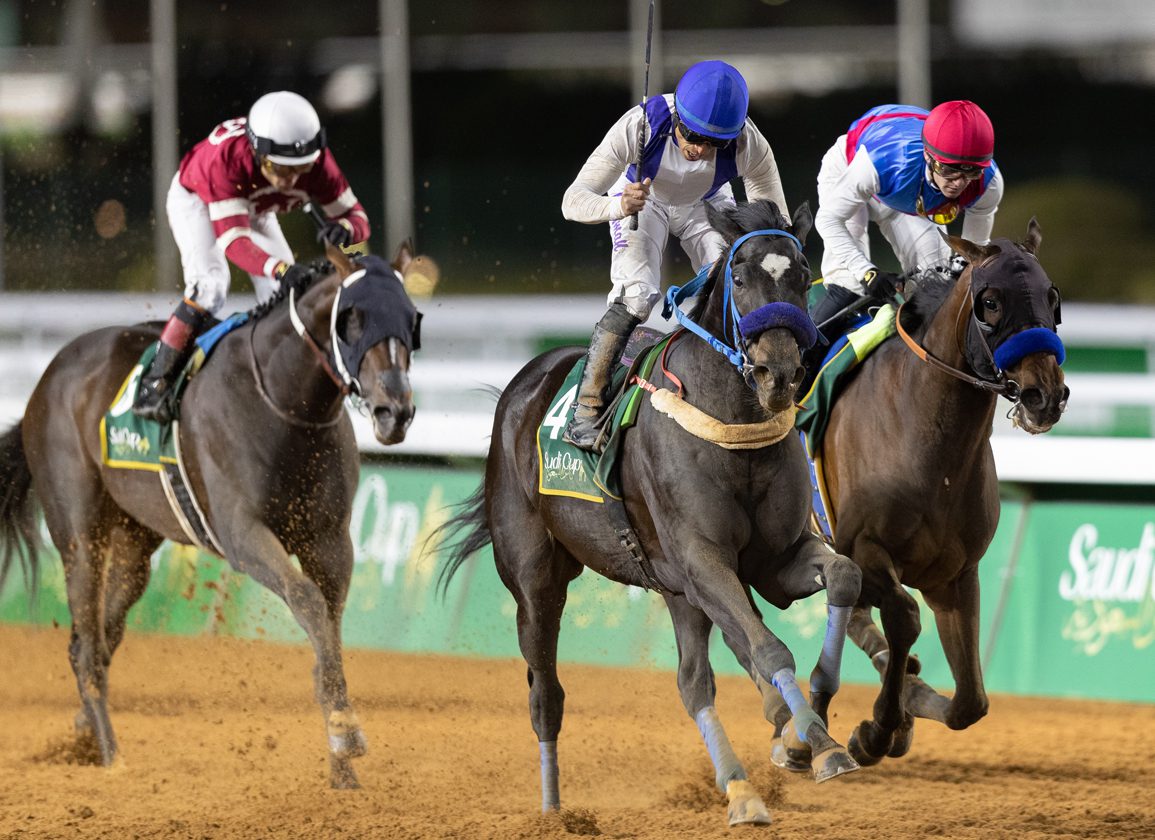 Emblem Road (Quality Road), who won the $20-million G1 Saudi Cup in February, will return to the racecourse in the 2000-metre G3 Grand Prix de Vichy on July 20. Representing Prince Saud bin Salman Abdulaziz, the 4-year-old entire was 50-1 when he ran out a half-length winner of the Saudi Cup for trainer Mitab Almulawah. Transferred to Alessandro Botti, who is based in Chantilly, Emblem Road will summer in France, before going on to the Breeders' Cup at Keeneland in November. He took a spin over the Chantilly turf course on Monday morning.

Olivier Peslier said, “We stayed behind the lead [horse] and made him run 400 metres quick. He closed a little bit late, but he was coming in the end. The horse is very well.”

Renato Geiger, manager of the racing and bloodstock interests for Prince Saud, said, “After the horse won the Saudi Cup, we had the thought to go to the Breeders' Cup. The first plan was a holiday [in France], not really to run. We thought we'd give him a break and then head to America for a prep race before the Breeders' Cup.

“When Prince Saud bin Salman bin Abdulaziz decided to race him in France, I knew that Alessandro Botti–cousin of Italian trainer Stefano Botti and Newmarket-based Marco Botti–was the right man.”

“There is a nice 2000-metre race–the Grand Prix de Vichy–where we are going next Wednesday,” added Geiger. “We picked Vichy because it is a flat track, so there are no tricky situations. Where he heads after that is down to Prince Saud bin Salman bin Abdulaziz. If you look at his work, he looks good on turf. Physically, he's a sort of hybrid. He's a smart horse, an athletic horse and we think he's a very special horse.”

“He's a horse that will never show who he is in the mornings,” he continued. “He's very laid back. That's why Olivier [Peslier] was picked to ride him. He's not only a good racing jockey, but he's a good tester too.