Saudi Aim For Prince Of Arran 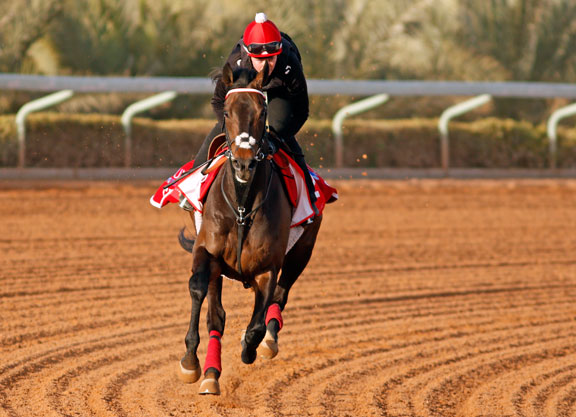 Fresh off placing in his third consecutive G1 Melbourne Cup when third at Flemington on Nov. 3, Saeed bel Obaida's evergreen 8-year-old gelding Prince Of Arran (GB) (Shirocco {Ger}) is to race on the Saudi Cup card in late February before heading to Dubai. Prince Of Arran finished third behind Call The Wind (GB) (Frankel {GB}) in the Longines Turf Cup on the Saudi Cup card last year. First up, though, is likely to be a prep race at Kempton, according to trainer Charlie Fellowes.

“He's going to Saudi Arabia, provided everything is fine,” said Fellowes. “He's come back in looking too well, but he didn't go out until late. He's come back with a proper belly on him, so I'll have to get some proper work into him.

“I think I'll give him a prep run before Saudi, which I've not done before, but I just feel he needs it this year, so he might go to Kempton for a Fast-Track Qualifier over two miles in early February. That is two weeks before the Saudi Cup and it would work absolutely perfectly, so he'd run there, go to Saudi the following week and then off to Dubai.”

“I just feel he needs the run this year,” Fellowes added. “He loves Kempton, two miles there is perfect for him and should he win that–who knows what will happen with the pandemic–but it gives us the option of Finals Day if he gets qualified. It will open up a few doors as well as helping me get him fitter.”