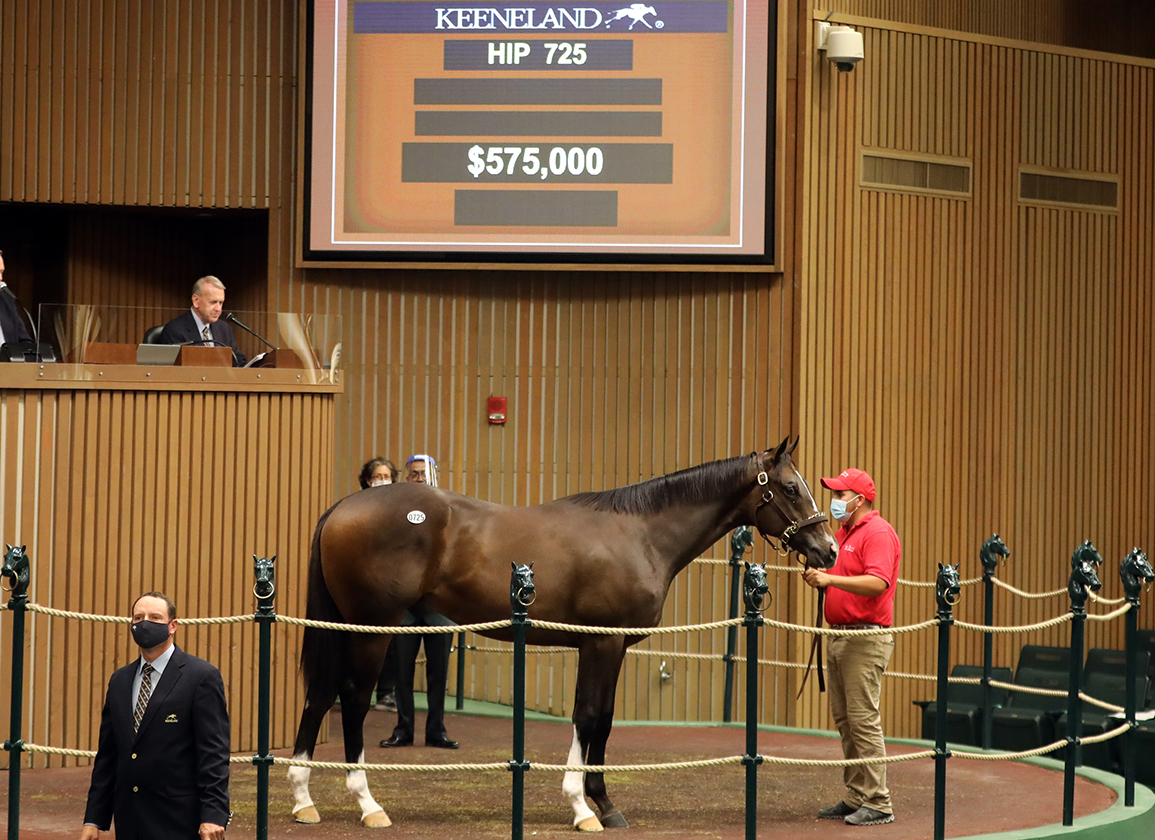 1st-BEL, $90K, Msw, 2yo, 5 1/2f, 11:35 a.m.
Juvenile colts kick off the festivities on GI Belmont S. day. Trainer Todd Pletcher will saddle three for the big one, and two members of the next generation in here. Repole Stable, St. Elias Stable and Gainesway Stable's Wit (Practical Joke) was a $575,000 Keeneland September buy. He is a half brother to the talented Washington-based GSW Barkley (Munnings). Wit's stablemate Keepcalmcarryon (Union Rags) cost $75,000 at the same auction. His dam Lavender Chrissie (Scat Daddy) was a romping debut winner at Churchill Downs in October of her 2-year-old year, and took the Zia Park Oaks the following season. Lavender Chrissie is full to a G2 Queen Mary S. runner-up and a half to speedy and precocious GSW Baby J (J Be K). Juan Vasquez trainee Magical Knight (Ocean Knight) figures to show some zip. The $9,000 OBSOCT yearling brought $85,000 at OBS March after breezing in a co-quickest :9 4/5. His dam was also a debut winner at two. Hagler (Tapiture) was second on debut here May 16, earning a solid 73 Beyer Speed Figure. He's full to a juvenile stakes winner. TJCIS PPs