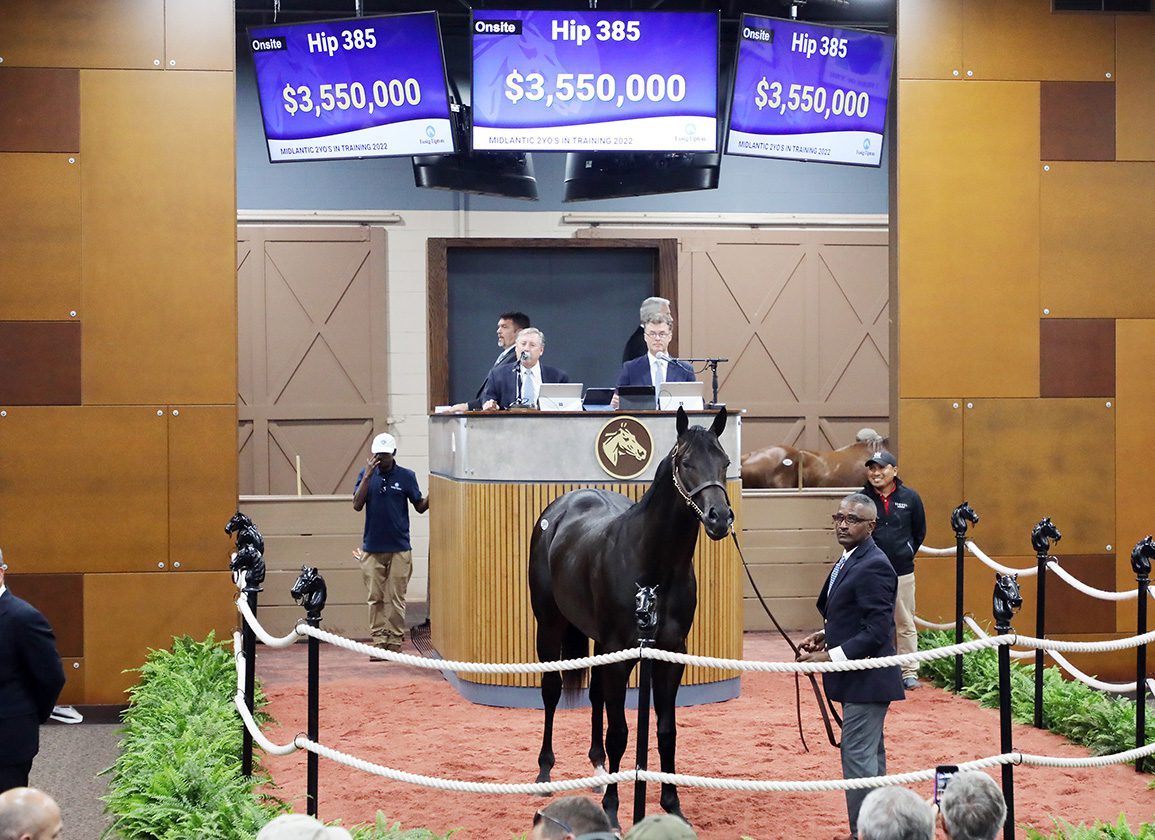 HEJAZI (Bernardini), the $3.55-million Fasig-Tipton Midlantic topper (:9 4/5), debuts for Zedan Racing Stables and Hall of Famer Bob Baffert. Bred in New York by Chester and Mary Broman, the dark bay is out of G Note (Medaglia d'Oro), a daughter of graded winner Seeking the Ante (Seeking the Gold) and half to multiple stakes winner Mineralogist (Mineshaft), as well as to the dam of this year's GII Rebel S. winner Un Ojo (Laoban). Hejazi fired a five-furlong bullet from the gate in :59 (1/56) at Del Mar Aug. 12. Hall of Famer Mike Smith rides. Baffert will also saddle $500,000 KEESEP graduate Nullarbor (Candy Ride {Arg}). TJCIS PPs