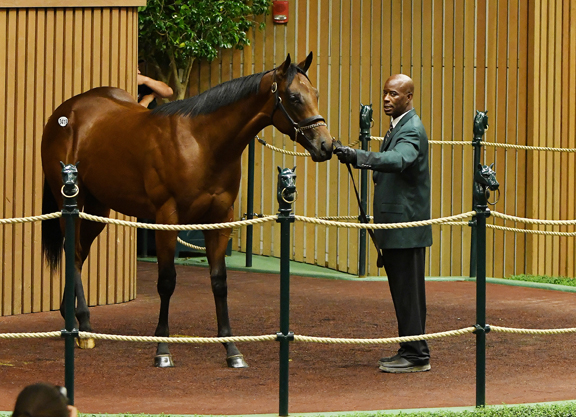 Trainer Steve Asmussen sends out firster MORNING FROST (Frosted) for owners Alex and JoAnn Lieblong. The gray filly was a $550,000 KEESEP yearling purchase and is out of graded placed Live for Now (Tiznow), a half-sister to champion Point Given (Thunder Gulch). TJCIS PPs