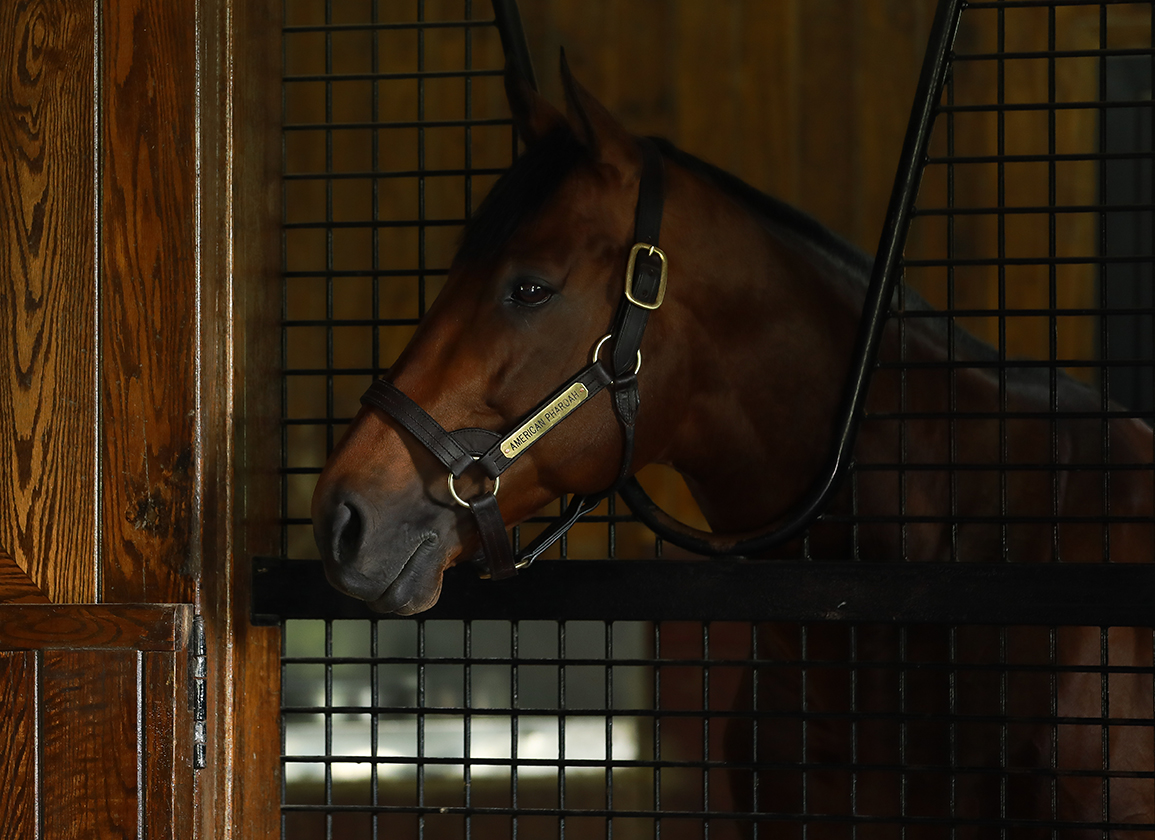 WITH BELLS ON (American Pharoah) starts her career for owners Bass Stables LLC and Cheyenne Stables after realizing $300,000 at the 2020 Keeneland September Yearling Sale. The dam, a juvenile stakes winner on the turf by Giant's Causeway, has already produced two winners on the dirt including Princess Mo (Uncle Mo). Second dam Marylebone (Unbridled's Song) was also a stakes winning juvenile, taking the GI Matron S. Trainer Todd Pletcher is 11-36 over the last five years with 3-year-old first-time starters on the dirt at Aqueduct and looks to add to that tally here. TJCIS PPs

When the hammer finally dropped at the 2020 Keeneland September Yearling Sale, GINA ROMANTICA (Into Mischief) left the ring for a final bid of $1,025,000, another million-dollar feather in her sire's cap. The filly makes her career debut here for owner Peter Brant and trainer Chad Brown after several quick works at Payson Park, including her most recent Mar. 6 where she went four furlongs in :49 4/5 to be the third-fastest of 33 at the distance. Gina Romantica is out of the prolific broodmare Special Me (Unbridled's Song) who, though not a winner herself, has produced the likes of MGSW Stonetastic (Mizzen Mast), MGSW Special Forces (Candy Ride) and MGSW and Lane's End stallion Gift Box (Twirling Candy). She picks up Irad Ortiz for the ride. TJCIS PPs

INTO MISCHIEF COLT TAKES ON THE TURF

Bred by Hare Forest Farm, WATASHA (Into Mischief) tries the turf for the first time for trainer Chad Brown. The bay colt realized a final bid of $450,000 at the 2020 Keeneland September Yearling Sale and returns off an eight-month layoff since making his only start as a juvenile, a distant fifth-place effort on the dirt July 24 at Saratoga. Watasha will seek to be the seventh winner out of the Elusive Quality mare Alwaan. He adds Lasix for the first time here, stretches out the extra furlong and a half, and gets Tyler Gaffalione aboard. TJCIS PPs

From the first crop of recently deceased stallion Lord Nelson, CAPE TRAFALGAR (Lord Nelson) makes his first start at Gulfstream Park for owner Peachtree Stable. Bred by Spendthrift Farm LLC, the colt brought $325,000 at the 2020 Fasig-Tipton Selected Yearlings Sale, the second highest price paid for a Lord Nelson yearling that year. Cape Trafalgar is out of Goldrush Girl (Political Force), who placed second in the GII Golden Rod S. Trained by Saffie Joseph Jr., he comes into this race off a bullet drill Mar. 5 where he worked five furlongs in :59 to be the best of 31 at the distance. TJCIS PPs