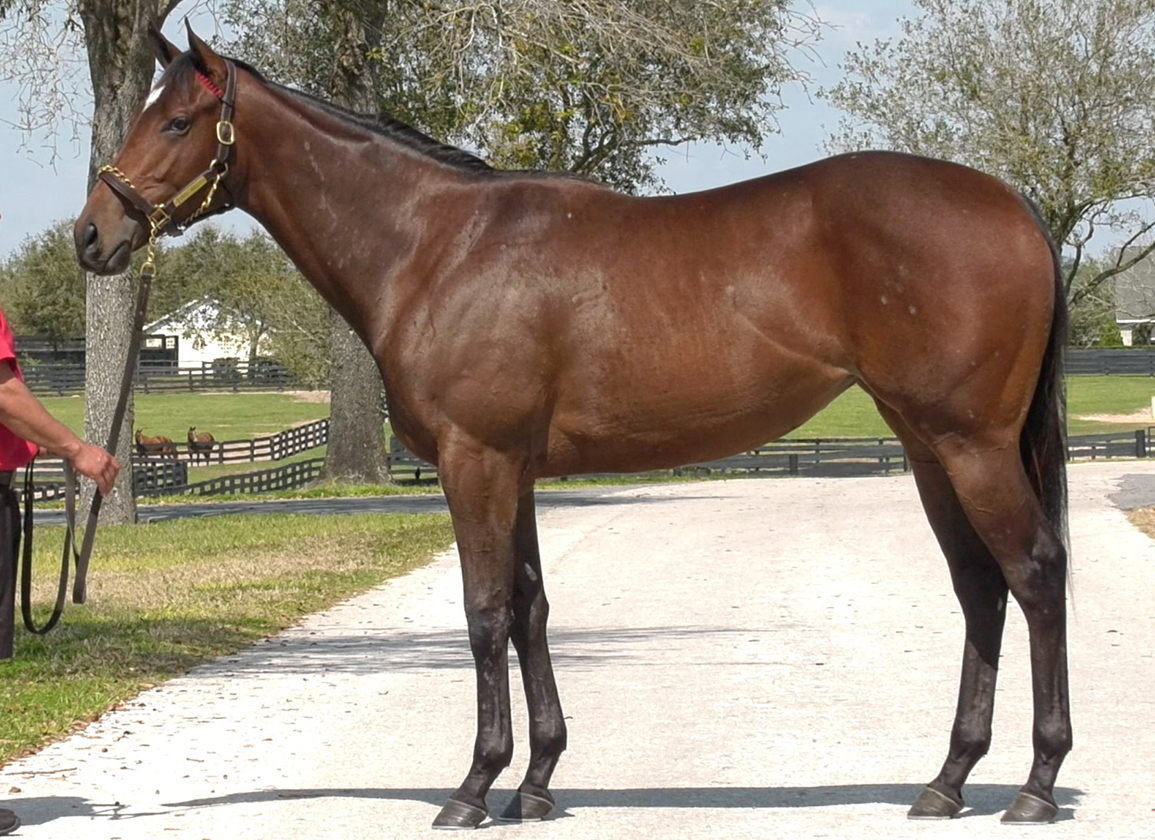 2nd-SA, $61K, Msw, 2yo, f, 5f, post time: 4:35 p.m. ET
A pair of stablemates acquired about three hours apart at this year's OBS March Sale face off Saturday at Santa Anita. EDA (Munnings), bred by one of the sire's most fervent supporters Nate McCauley, was knocked down for $240K as a Keeneland September yearling last fall and was snapped up by Susan and Charles Chu's Baoma Corp. for $550K in Ocala after breezing an eighth of a mile in :10 flat. The Apr. 5 foal is out of a winning half-sister to Aegean (Northern Afleet), a Wesley Ward-trained speedster who won her first two career starts, including a defeat of the boys in the GIII Kentucky Juvenile S. Eda was the most expensive of her sire's 18 juveniles sold this season. Censorship (Tonalist) is the latest produce out of SW & GSP La Grange (Curlin), the dam of MGSP Whiskey Bound (Afleet Alex) and a half-sister to MSP Magic D'Oro (Medaglia d'Oro) and to the dam of MSW & GSP Wendell Fong (Flat Out) and MSW Ruffenuff (Dialed In). Sold for just $10K at KEESEP, she also covered her furlong in :10 flat and fetched $300K from owners Pegram, Watson & Weitman, the priciest of nine Tonalist juveniles reported as sold this winter and spring. TJCIS PPs