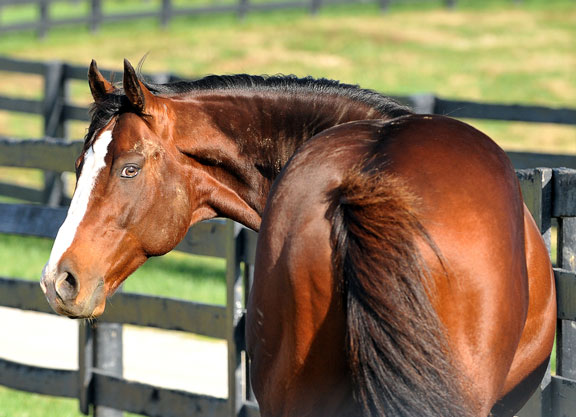 5th-AQU, $80K, Msw, 2yo, 7f, 1:45 p.m. ET
DYNAMIC ONE (Union Rags) gets his start for the partnership of Repole, Phipps and St. Elias Stables while under the guidance of Todd Pletcher. A $725,000 KEESEP yearling purchase, the colt was the third highest-priced colt by his sire in 2019. He hails from the family of undefeated Hall of Famer Personal Ensign (Private Account) through her daughter MGISW My Flag (Easy Goer). The Phipps family-bred is a grandson of My Flag's champion daughter Storm Flag Flying (Storm Cat), a half-sister to Miner's Mark (Mr. Prospector) and Traditionally (Mr. Prospector). TJCIS PPs